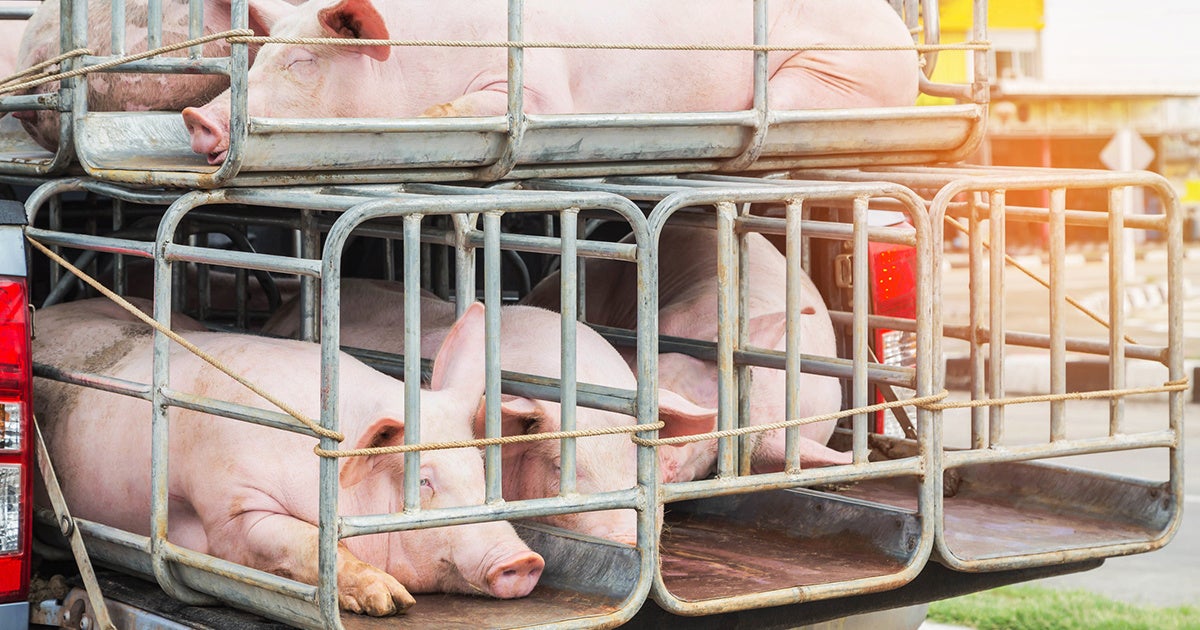 Friends of the Earth recently released a brief that raised important questions about laboratory-created animal replacement products (in vitro meat and genetically engineered proteins) that are in development or on the market ahead of robust health and environmental assessment, oversight and labeling.

Some of the coverage and responses to our report created confusion and obscured our support for safe and sustainably produced plant-based meat and dairy alternatives.

In fact, Friends of the Earth is a prominent proponent of delicious, healthy, non-GMO and sustainably produced plant-based products that make it easy for people to get the protein they need without having to eat factory farmed animal products that make up more than 95 percent of the market.

The factory farming industry is an ecological and public health nightmare. Raising 9 billion animals to produce 100 billion pounds of meat every year uses a staggering amount of land, GMO seed and toxic pesticides, fertilizer, fuel, antibiotics and water. Factory farming is driving the rise of antibiotic-resistant bacteria, polluting our air and dumping toxic waste into our waterways.

The top five meat and dairy companies emit more greenhouse gases than Exxon, Shell or BP; the world cannot meet its climate targets without drastically curbing meat consumption. That’s not to mention the unthinkable toll factory farms have taken on the well-being of neighboring communities, the safety of workers and the welfare of animals. 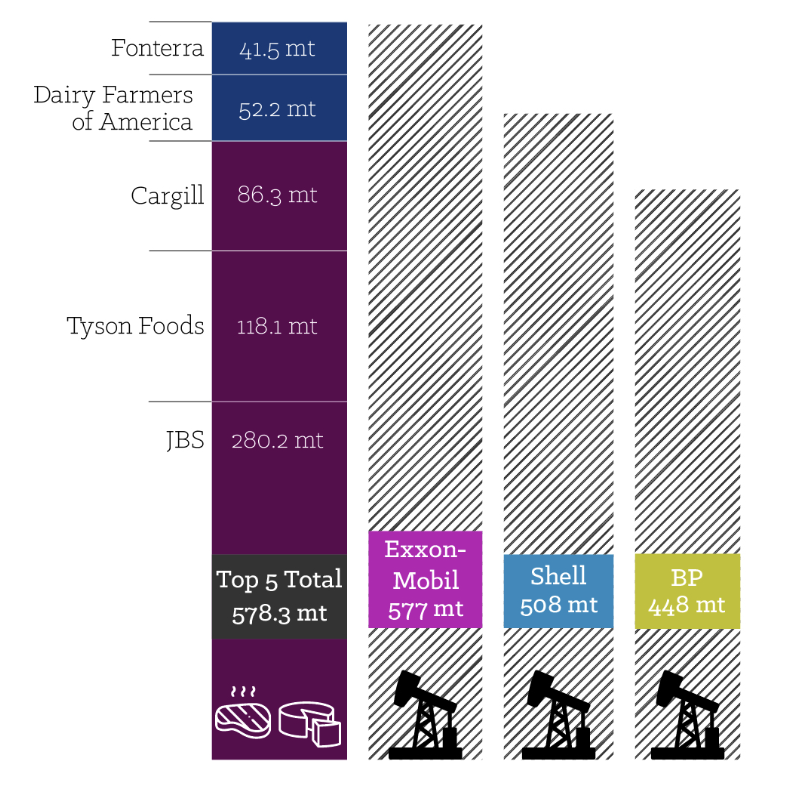 The situation is indisputably dire. The question at hand is, how can we get on a pathway toward a truly equitable, resilient, sustainable and humane food system?

There are three primary approaches to curbing the most harmful impacts of factory farming:

At Friends of the Earth, we believe that all three strategies must be part of the solution.

For years, Friends of the Earth has been a leader within the environmental community advocating for a shift in diets toward more sustainably produced plant-based foods and less and better meat and dairy. We’ve worked with cities and counties, k-12 school districts and universities, urging the purchase of fewer and better animal products and more plant-based proteins. We helped lead the fight to incorporate a strong recommendation for less meat consumption and sustainability into the 2015 “Dietary Guidelines for Americans,” and we recently exposed the U.S. Roundtable for Sustainable Beef’s shameful greenwashing.

Fortunately, these strategies and great work from animal welfare, health and environmental organizations are working, and the market is starting to reflect consumers’ growing demand for healthy, plant-based, climate-friendly food. According to Nielsen, plant-based foods grew 20 percent in the 52 week period ending in June 2018, compared to sales of all foods, which grew just 2%. U.S. retail sales of plant-based milk alternatives grew 9 percent and plant-based meat substitutes grew 24 percent. We whole-heartedly applaud this progress as great news for the environment, public health and animal welfare.

Why are we concerned about GMO animal replacement foods?

A small but growing number of animal replacement products contain genetically engineered proteins. Products, such as the Impossible Burger, are entering the marketplace ahead of adequate assessments and regulatory oversight and without GMO labels that allow consumers to make informed choices. In vitro meat products are still in development with goals to enter the market in the near future. Both in vitro meat and genetically engineered proteins, as well as all new food ingredients, should be shown to be safe for our health and environment, have proper oversight and be labeled for a consumer’s right to know before they end up on our plates. Genetically engineered proteins present novel risks to our health and environment that require additional consideration. 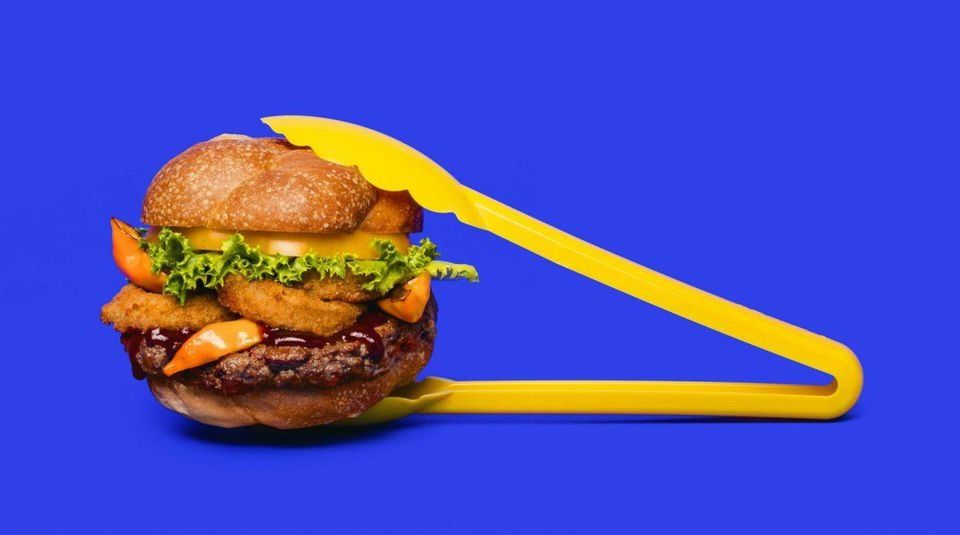 Given their recent track record, people rightly don’t trust big food companies or the increasingly consolidated power of agribusiness corporations like Bayer, which just merged with Monsanto. If investors and the tech companies producing genetically engineered animal replacement products want to create a viable alternative to factory farming and gain any measure of consumer trust, they need to be radically transparent with robust oversight, in sharp contrast to the secretive and dangerously under-regulated factory farming and agrichemical industries.

If we rush these so-called “silver bullets” to market based on investor hype, without ensuring they are the healthiest, safest and most sustainable alternatives—that people will actually trust and want to eat—it may backfire. A growing number of people don’t trust food with thousands of unassessed chemicals that end up in food via the flawed GRAS process that according to the American Academy of Pediatrics should be greatly strengthened or replaced because it is “insufficient to ensure the safety of food additives” and does not “contain sufficient protections against conflict of interest.” Consumers are abandoning the center aisles of grocery stores in favor of less processed, less packaged, healthier, fresh food at the perimeter.

The growth in organic, non-GMO and “clean label” food is part of this trend—and the same consumers that are driving it are also the most likely to adopt a flexitarian, vegetarian or vegan diet. According to Mintel, “consumers are more likely to seek plant-based protein products with no artificial ingredients (41%), that are high in protein (35%) and fiber (28%), and those that are non-GMO (28%). Non-GMO claims in particular are driving innovation in the category, as US launches of foods and beverages with plant-based proteins with a non-GMO claim grew from 3.8% in 2012 to 19.6% in 2017.”

Clearly there are immense benefits to people, animals and the planet from eliminating the factory farming industry. These benefits—that include a massive reduction in the need for pesticide intensive GMO corn and soy—must be weighed against costs. Fortunately for our planet and people’s health, there are few costs—and many benefits—generated by replacing factory farmed animal products with non-GMO or organic, sustainably produced plant-based proteins and a smaller amount of meat that comes from well-managed, regenerative, organic, pasture-based or higher welfare systems. We have good evidence that these foods are safer and healthier, that consumers want them and that the planet can sustain their production. That’s why Friends of the Earth is working to accelerate these solutions.

On the other hand, genetically engineered animal replacements have not been adequately assessed for their impacts on human health and the environment. Because altering organisms at the genetic level can create unexpected changes in the compounds they produce, genetically engineered animal replacement ingredients produced by GMO yeast or algae could also pose novel health risks. In fact, documents by the FDA express concern about the potential of some of the new GMO proteins to be allergens.

Aside from feedstocks (like pesticide-intensive industrial GMO corn and sugarcane) and other direct environmental costs of producing these proteins at scale, there are other environmental risks not currently assessed. For example, due to their microscopic size and capacity to become airborne, engineered organisms like yeast or microalgae will inevitably escape from any industrial cultivation facility. Complete containment is not feasible. Because they reproduce and many can crossbreed with related organisms or even, in the case of microbes, “swap genes” with unrelated species via horizontal gene transfer, the escape of genetically engineered organisms could have pronounced negative ecological consequences. These include genetic contamination of wild species and disruption of natural ecosystems.

Which begs the question: why do we need genetically engineered proteins when many other safe, sustainable and healthy non-GMO or organic plant-based meat and dairy replacements, and other plant proteins, are available and growing in popularity? Until these genetic engineering methods are proven safe for our health and the planet through rigorous assessment and are subject to oversight and labeling, they will continue to take us on a path away from proven solutions.

Transforming our food system will take all of us, and for it to be successful, we can’t afford missteps. Only more democracy, sustainability, equity and transparency will get us there—and of course, more plants!