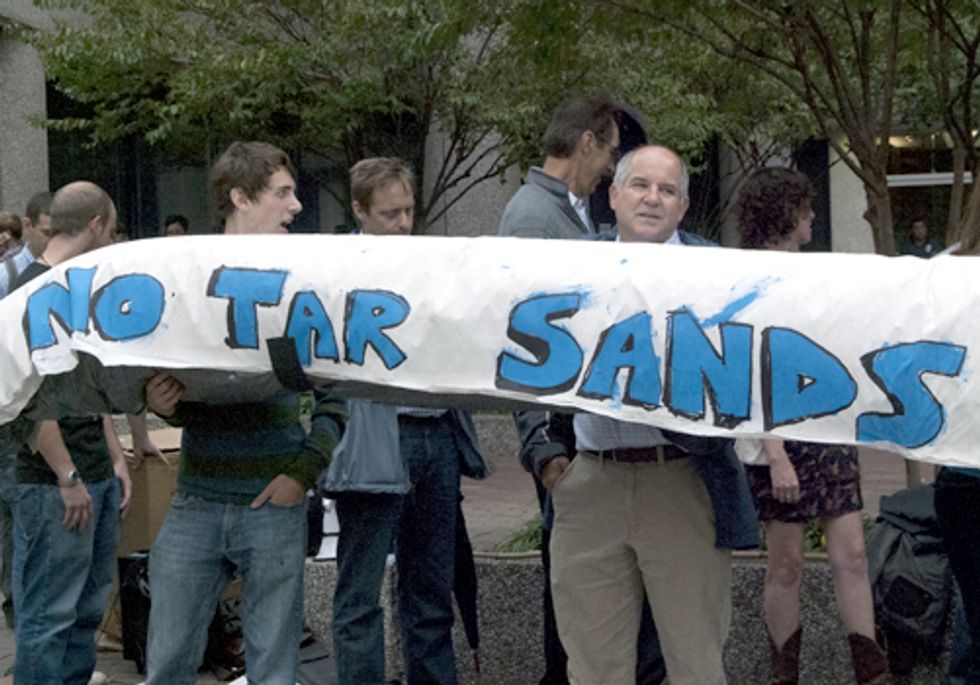 At lunchtime yesterday in Washington, DC, nearly 50 people gathered in front of the American Petroleum Institute (API) to bring attention to the increased violence against peaceful protesters in Winnsboro, Texas, and the need to halt the construction of the Keystone XL pipeline.

"This protest and protests like these are important so that the people who work at the API know that the resistances against the pipeline is across this country. Yet, more importantly it shows the people in Texas that they are supported nationwide," said Marc Smith from Washington, DC.

Over the past couple of weeks the Tar Sands Blockade has been slowing down the building of the Keystone XL Pipeline in Texas. This group of courageous activists have been putting their bodies on the line. Their direct action campaign to halt Keystone XL has gained a huge surge of momentum, as they have launched numerous actions to halt the construction.

Tar Sands Blockade has successfully held the tree blockade for three entire weeks despite renewed levels of repression. One activist was arrested after defending a family farm and delaying Keystone XL construction for most of a day. Another was arrested for sitting on a 40-foot pole and blocking clear-cutting operations for two entire days. Actress and activist Daryl Hannah got arrested with landowner Eleanor Fairchild while defending Fairchild Farms from Keystone XL construction.