Here’s what we’ll cover in this review:

We work with a panel of solar experts to create unbiased reviews that empower you to make the right choice for your home. No other solar site has covered renewables as long as EcoWatch, which means we have more data and insider information than other sites. Our rankings are never affected by revenue or partnerships.

What is Enphase Energy?

But it wasn’t until 2018, when Enphase launched its seventh generation of microinverters called the IQ series, that business really took off for Enphase. The IQ7 series was a huge success worldwide and led Enphase to launch an improved IQ8 series last year.

Enphase recently entered the energy storage business by developing its solar battery, which is called the Enphase IQ 10 (previously known as the Enphase Encharge). The battery also uses the company’s microinverters inside it.

Enphase technology is unique in that it brings solar, storage and software together in a single package. Enphase microinverters act as a bridge between the solar panels and your home’s energy system. This allows homeowners to manage their home’s energy directly from a smartphone via the Enphase Enlighten app. Not only can you monitor your energy production, but you can decide what energy to use, what to store and what to sell back to the grid.

Here’s a video from Enphase about how its systems work together:

To date, Enphase products are used in 2 million homes across 135 countries. It has shipped a staggering 45 million microinverters. The company has over 5,000 installation partners worldwide, and its products come with industry-leading warranties.

Enphase designs its products in the U.S. but outsources the manufacturing. Its manufacturing unit was initially located in China but was moved to Guadalajara, Mexico, in 2020.1

Are Enphase Microinverters Any Good?

Enphase entered the microinverter business when the technology was still in its infancy. Over the years, microinverters have grown in popularity thanks to some clear advantages over traditional solar inverters.

Traditional inverters (string or central inverters) are large boxes that connect to an array of solar panels, converting the direct current (DC) power that the panels generate into alternating current (AC) power. Microinverters still perform the same conversion from DC to AC, but they are much smaller devices that attach to each solar panel in the array.

The biggest advantage of microinverters? If one panel or microinverter in your array fails, your system can continue to produce and collect electricity via your functional solar panels. On the other hand, when a string or central inverter fails, your entire array stops supplying power.

Enphase’s microinverters also allow individual panel level monitoring to identify malfunctioning solar modules. To add this feature in a string or central inverter system, you need to install a separate product called an optimizer, which adds to the cost. With Enphase, you can use the Enlighten app to monitor the performance of panels.

Unlike string systems, microinverters are not limited by voltage, meaning you don’t have to worry about the number of panels in your array. From the installer’s perspective, microinverters are a lot simpler to install with solar panels than traditional, bulky inverters. They work well with almost any brand of solar panel — especially high-quality modules like SunPower.

The only disadvantage of choosing Enphase microinverters is their higher upfront cost. A string inverter from a reputable brand such as SMA, SolarEdge or Fronius can also perform well, so the added cost of microinverters won’t always be feasible for homeowners.

However, we find this brief Enphase review perfectly sums up why customers continue to choose these inverters:

“Easy to hook up, you can monitor production and comes with a 25-year warranty. Best in the industry.”

Launched in 2018, the IQ7 series is a versatile bunch of microinverters with varying specifications. The series includes the IQ7, IQ7+, IQ7X, IQ7A, IQ7PD-72 and IQ7PD-84 models. Each model has its own power rating, specified in VA (volt-amperes), and is suitable for a range of solar panel wattages and number of cells.

Here are some of the benefits of the IQ7 series:

Enphase launched its much-awaited IQ8 microinverter in 2021. The series redefined what a microinverter is capable of, with innovative features backed by the same Enphase quality and warranty as customers saw with the IQ7. Enphase calls the IQ8 series its “smartest microinverter yet.” The IQ8 is suitable for DC modules up to 530 W.

How Much Do Enphase Microinverters Cost?

As a homeowner purchasing a solar power system, you’ll order your equipment (including your inverters) through a solar installer. As such, the price of your microinverters will not be quoted independently (though should be reflected on an itemized breakdown of your overall system quote). The price of a system with microinverters will likely be greater than that of a system with string or central inverters.

The price of Enphase microinverters varies by model. The IQ7 series starts at $145 and goes up to $194 per unit. You will also need to buy the connectors and cable (together known as the bundle), which will cost another $20 per unit. The newer, IQ8 series is a bit costlier – with prices ranging from $166 to $242.

Let’s compare these costs to the prices associated with a traditional inverter. Enphase microinverters cost approximately 6 cents per watt of the installed system capacity, while a good quality string inverter will cost around 2 cents per watt.

Enphase offers an industry-leading warranty for its microinverters, setting it apart from the competition when it comes to longevity and reliability. Both the IQ7 and IQ8 series Enphase inverters come with a 25-year limited warranty. In comparison, most string or central inverters come with a 10- or 12-year warranty.

If you do experience a defect, Enphase will inspect and confirm the defect that is covered by the warranty. If it is covered, the company will either repair or replace the product free of charge or refund you an amount based on the actual price and any depreciation that may have occurred. However, Enphase does not cover the labor charges involved with uninstalling or reinstalling the microinverter(s) in case of a claimed warranty.

Following the success of its inverters, Enphase launched its energy storage systems (ESS) to supplement its presence in the clean energy market. Initially launched as the Enphase Encharge, the company later renamed the series to bring it under the “IQ” nomenclature.

The IQ series has four models:

The IQ 3 and IQ 3T batteries only differ in their physical size — all other specs are similar. The 10 and 10T models are also identical except for their dimensions and are built by simply putting three IQ3 batteries together into a single casing.

For context, most average-sized homes will need at least one IQ 10 in order to provide backup power to the entire house. The average home in the U.S. uses about 30 kWh per day. As a result, the IQ Battery 3 would only supply backup power for one or two appliances, or a full home for a very short period of time.

However, thanks to the modular nature of the IQ batteries, they are scalable, meaning you can connect multiple units together for a higher-capacity battery system.

Enphase uses a lithium-iron-phosphate (LiFePO4) chemistry in its batteries, known for its long life, safe operation and light weight. Thanks to this, all the Enphase batteries have a 100% depth of discharge (DoD) and 89% round-trip efficiency.

Some unique features of the IQ batteries include:

How Much Does an Enphase IQ Battery Cost?

Excluding installation, the IQ battery 3 and 3T will cost somewhere around $5,000, while the 10 and 10T models will cost around $10,000. The pricing will vary based on your location and the company you choose to install your battery.

In some cases, you may need to upgrade your electrical panel, which may add around $1,000 to the cost. Enphase batteries can also be connected with a generator to optimize how and where you receive your energy from. In this case, you will have to purchase Enphase’s IQ System Controller, which according to the company is necessary to join your solar, battery and generator together. The IQ system controller will cost another $1,707.

The IQ battery comes with a warranty that promises 70% of rated storage capacity at the end of whichever you hit first:

These numbers are pretty standard for most of the top solar battery brands.

Demand for solar battery storage has grown exponentially over the past few years following an increase in extreme weather events and the prolonged power outages that come with them. Despite the strong demand, Enphase faces tough competition from some of the most powerful names in the battery business. Here’s a look at the IQ battery compared to two of its main rivals.

Does Enphase Make a Good System?

Enphase provides the best microinverters on the market, along with high-quality batteries and other solar equipment.

Of course, the quality of your solar system depends on the quality of the solar panels you are using, and more importantly, the quality of installation. For example, if the panels are not facing the correct direction, even the best quality components cannot generate sufficient power. As such, choosing a trustworthy installer is the most important aspect of your decision.

Enphase systems are offered by many of the top solar companies. To start getting quotes for your home solar array, click below.

Enphase microinverters have been the best in the solar industry for a few years now, and have the track record to back it. The IQ series come with exceptional warranties, very low failure rates, software-based smart features, compact, weatherproof designs and long life. The same is true for its batteries. To sum it up, Enphase solar products are very reliable.

Enphase designs all its products in the U.S. Initially, it had a manufacturing facility in China, but due to shifting policies and fluctuating costs, Enphase moved its plant to Mexico. Enphase recently also opened another manufacturing unit in Romania to cater to its European market.

Enphase was founded in California by Martin Fornage and Raghu Belur in 2006. It is a registered American solar energy company and has also been listed on NASDAQ since 2017 as ENPH. 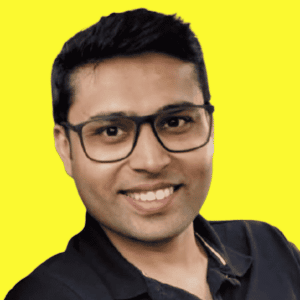