Revisiting Solar Roadways: Is the Concept Still Too Good to Be True? 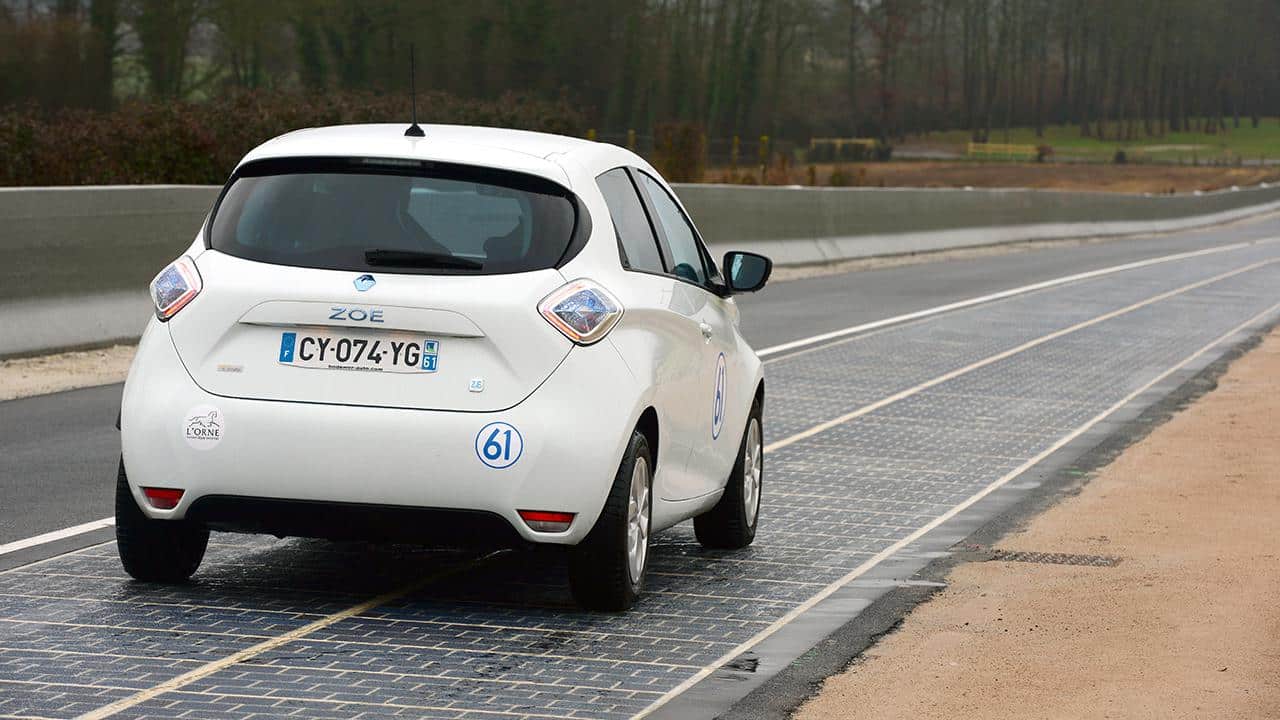 For nearly as long as solar panels have been gracing rooftops and barren land, creative people have been searching out additional surfaces that can be tiled with energy-generating photovoltaic (PV) panels. The idea has been pretty straightforward: if solar panels generate energy simply by facing the sun, then humans could collectively reduce our reliance on coal, oil, gas and other polluting fuels by maximizing our aggregate solar surface area.

So, what kind of unobstructed surfaces are built in every community and in between every major city across the globe? Highways and streets. With this in mind, the futuristic vision of laying thousands, or even millions, of solar panels on top of the asphalt of interstates and main streets was born.

While the concept art looked like a still from a sci-fi film, many inventors, businesses and investors saw these panels as a golden path toward clean energy and profit. Ultimately, though, the technology and economics ended up letting down those working behind each solar roadway project — from initial concepts in the early 2000s to the first solar roadway actually opened in France in 2016, they all flopped.

In the years since the concept of solar roadways went viral, solar PV has continued to improve in technology and drop in price. So, with a 2021 lens, is it time to re-run the numbers and see if a solar roadway could potentially deliver on that early promise? We dig in to find out.

Solar roadways are complex in execution, but in concept, they’re as simple as they sound. They’re roads “paved” with extremely strong solar panels that are covered in glass that can withstand environmental stressors and the weight of vehicles driving over them on a consistent basis.

The idea was something that got people really excited when the initial Solar Roadways, Inc. project (which is still seeking funding) burst onto the scene in 2014:

More advanced designs included solar roadways outfitted with LED lights that could be used to illuminate lane lines, communicate to drivers and more. Other iterations included weight sensors that would detect when obstructions were on the road or could alert homeowners if unexpected vehicles were approaching their driveway. Embedding these kinds of technology into the solar roadways renderings only added to their appeal and the initial hype around the concept.

Early innovators of solar roadways touted the numerous benefits of their ideas. These included:

While some early thinkers may also have envisioned these roadways sending solar energy to the local power grid, the most impactful way solar roadways could utilize the energy they generated is right around the road itself: lighting street lights, heating mechanisms to melt snow on the roadway, or powering small emergency equipment on road shoulders.

Using the energy for on-road applications would mean that the power didn’t have to be sent long distances before being used, which results in energy loss. However, in more rural or remote locations, having the solar roadway energy available for nearby homes and businesses could be a huge benefit, especially if there’s an outage in the overall grid.

Why Solar Roadway Tests Have Failed

To much of the general public — and especially to people who weren’t well versed in the intricacies of solar panels or road structures — solar roadways seemed like a slam-dunk solution that both looked futuristic and had benefits that went far beyond electricity generation. It was the kind of innovation that had people exclaiming: “How has no one done this yet?!” But in reality, the execution of solar roadways was much more complex than the idea.

Here are a few reasons solar roadway tests have failed:

Cost of Manufacturing and Maintenance

The cost of the energy from the sun may be free, but the investment to install and maintain the solar roadways was undeniably prohibitive. The reason asphalt is used by default to pave roadways is because it is immensely affordable and low-maintenance, which is especially critical on vast, expansive roadways and interstates.

In 2010, Scott Brusaw, co-founder of Solar Roadways, Inc., estimated a square foot of solar roadway would cost about $70. However, when the first solar roadway was built in France by a company called Colas, it measured 1 kilometer and cost $5.2 million to build — or about $1,585 per foot of roadway. Of course, this was a small iteration and bulk manufacturing would cost less, but either way, it’s hard to believe the cost of a solar roadway would ever be competitive with the price of asphalt, which is about $3 to $15 per square foot.

Further, the cost and complexity to send a crew to repair individual panels that fail would far outweigh those to maintain asphalt. So, while one of the presumed benefits of solar roadways is the cost savings associated with self-generated energy, even back-of-the-envelope math highlights how the numbers would simply not add up to be more cost-effective in the long run.

Energy Required to Produce the Panels

Another limiting factor appears when considering the energy it takes to make asphalt versus high-durability glass and solar panels. Most asphalt used on roads today is a byproduct of distilling petroleum crude oil for products such as gasoline, which means it makes use of a substance that would otherwise be discarded as waste.

The solar roadway panels, although intended to save energy in the long run, take much more to produce. Typical rooftop solar panels can easily make up for the extra energy used in production because the glass doesn’t need to withstand the weight of vehicles driving over them, but solar roadways have that added complexity.

Power Output of the Panels

When estimating power output, early optimists seemed to perform calculations based on the raw surface area they could cover — and not much else. However, beyond the stunted energy generation that any solar panels face on cloudy days or at night, solar roadways presented unique new performance challenges.

For example, vehicles constantly driving over solar roadways would interrupt sun exposure. Plus, they’d leave behind trails of fluid, dirt and dust that can dramatically reduce the efficiency of solar panels. Being installed on the ground is a challenge in itself because of how readily shade would find the roads; that’s the reason you find most solar panels on rooftops or elevated off the ground and angled toward the sun.

Lastly, driving on glass surfaces is simply not what modern cars are designed to do. Asphalt and tires grip each other well, being particularly resilient in wet conditions. If the asphalt is replaced with glass — even the textured glass that’s used for solar roadways — tire traction could be reduced dramatically. Wet or icy conditions could lead to catastrophic situations on solar roadways.

For all of these challenges and even more roadblocks that early solar roadway projects have run into in the past, the reality is that solar technology continues to improve. In the seven years since the first Solar Roadways, Inc. video went viral, solar panels have developed to be more durable, more cost-effective and more efficient at converting sunlight to electricity. To put some numbers behind these trends:

The question to ask is whether these advances are enough to bring solar roadways from failure to success.

Despite the improvements, many of the original challenges with solar roadways remain, and the scale of execution is immense. Even with decreasing solar PV costs, outfitting long stretches of roadway with such complex technologies will require tremendous capital.

Rather than a future where solar roadways cover the country from coast to coast, a more likely outcome is that these advances will bring solar roadways to viability in narrow, niche applications.

Just like tidal energy is a great opportunity for small coastal communities but can’t be scaled to solve the energy crisis across the world, it’s conceivable that limited-scope solar roadways could be constructed around the world. However, large-scale solar roadways may never be more than a pipe dream.