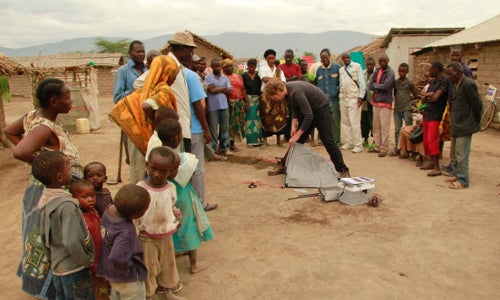 In countries where electricity and water are scarce, keeping food from spoiling is a challenge. According to the United Nations, 45 percent of crops grown in developing countries end up going bad before getting to market or being consumed. That food becomes trash, wasting soil, water, seeds and labor and often contributing to famine. 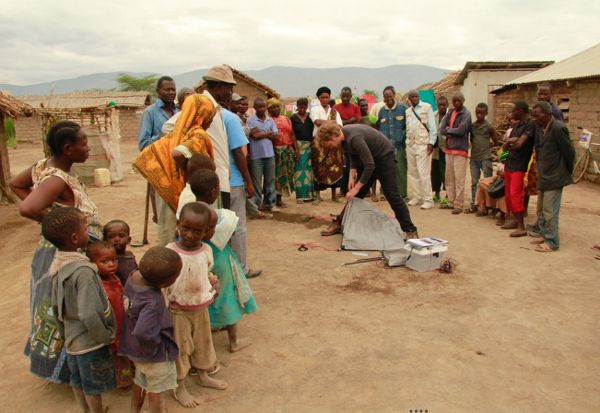 One of the most common methods of prolonging the lifespan of foods is refrigeration. But in developing nations that’s not always feasible. And most food preservation systems are not environmentally friendly either.

A company called Wakati—”time” in Swahili—started by Belgian designer/entrepreneur Arne Pauwels has come up with a solution to address post-harvest losses in situations when food might not reach mouths before it spoils and access to electricity or water is limited. And it relies on clean, renewable energy.

Pauwels first conceived of Wakati during a trip to Ethiopia looking for opportunities to work with entrepreneurs there.

“During my stay it became clear that the post-harvest losses were huge in Africa and there were no cheap solutions available,” he said. “Based on this research, Wakati emerged to increase the productivity of smallholder farmers instead of focusing on their production. After a lot of tests at the department of product development at the university of Antwerp, the university of Leuven did the first independent tests, with positive results and provided Wakati with the opportunity to do the first field test at the sites of the High Atlas Foundation in Africa while being a part of a documentary about clean tech on the National television of Belgium.”

Wakati’s solution is based on solar power. A top-loading, tent-like enclosure includes a small (3-watt) solar panel that powers a ventilator to produce the humidity needed to preserve most fruits and vegetables. It gradually evaporates the small amount (6.7 ounces) of water needed to to create the sterile, humid microclimate inside the tent. Each unit uses less than 1 percent of the energy it takes to run a refrigerator and can store up to 330 pounds of food.

The Wakati unit provides a spectacular payoff in terms of optimizing the food farmers can bring to market. In dry climates it can extend the shelf life of that food ten times, keeping lettuce crisp and carrots crunchy. While it doesn’t store food for long periods, it can increase the time when the food is good from a day or two to ten days, allowing the farmer time to sell all or most of his crop.

The company has already shipped 100 of the units to Afghanistan, Haiti and Uganda. The company is hoping to begin full production this year, with a cost of $100 per unit. It’s hoping that widespread adoption of the Wakati will bring down the cost even more, as the boxes demonstrate how they can help small farmers realize a greater return on their investment and get food to populations that need it.