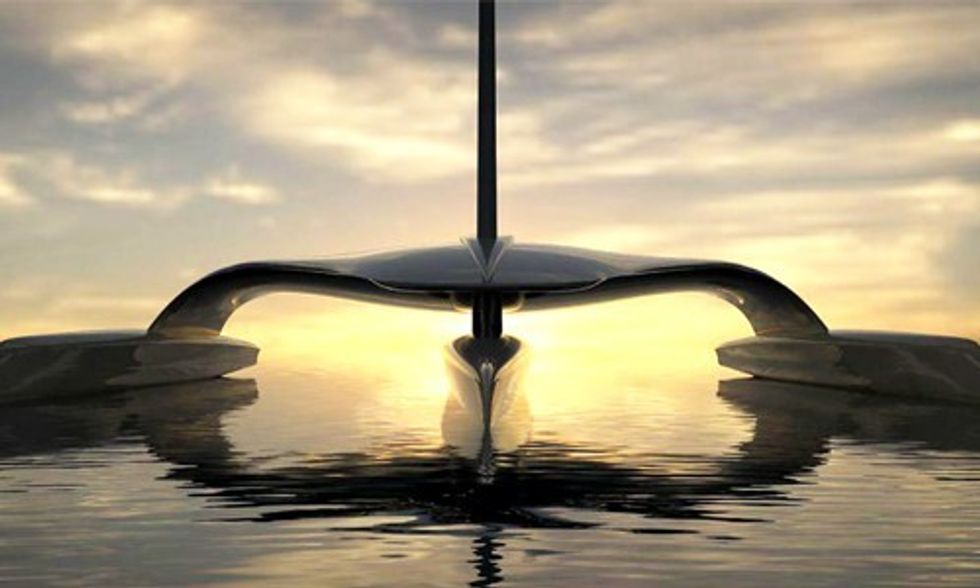 The solar-powered Mayflower, a high-tech, solar-and-wind-powered ship, will soon follow the same route its pioneering namesake took, "From Plymouth to Plymouth"—exactly 400 years later.

But Pilgrims won’t be maneuvering this ship—or passengers of any kind, instead, a small fleet of drones will steer the ship across the ocean waters in the year 2020.

When the vessel is launched in 2020—and if no one beats them to it, the Mayflower will become the first surface vessel to complete an unmanned transatlantic voyage.

Explained Professor Kevin Jones, the University’s executive dean of the Faculty of Science and Engineering:

“MARS will operate as a research platform, conducting numerous scientific experiments during the course of its voyage. It will be a test bed for new navigation software and alternative forms of power, incorporating huge advancements in solar, wave and sail technology.”

Because MARS is still in its design phase, the photos are the artist’s rendering of some early ideas. It is expected to take two and a half years to build the craft and another year to test it. At present, there is no word on how long the designers think the actual voyage will take.

Unmanned vehicles have crossed the ocean before—in the air and underwater—but never on the waves, therefore, this is an exciting development.