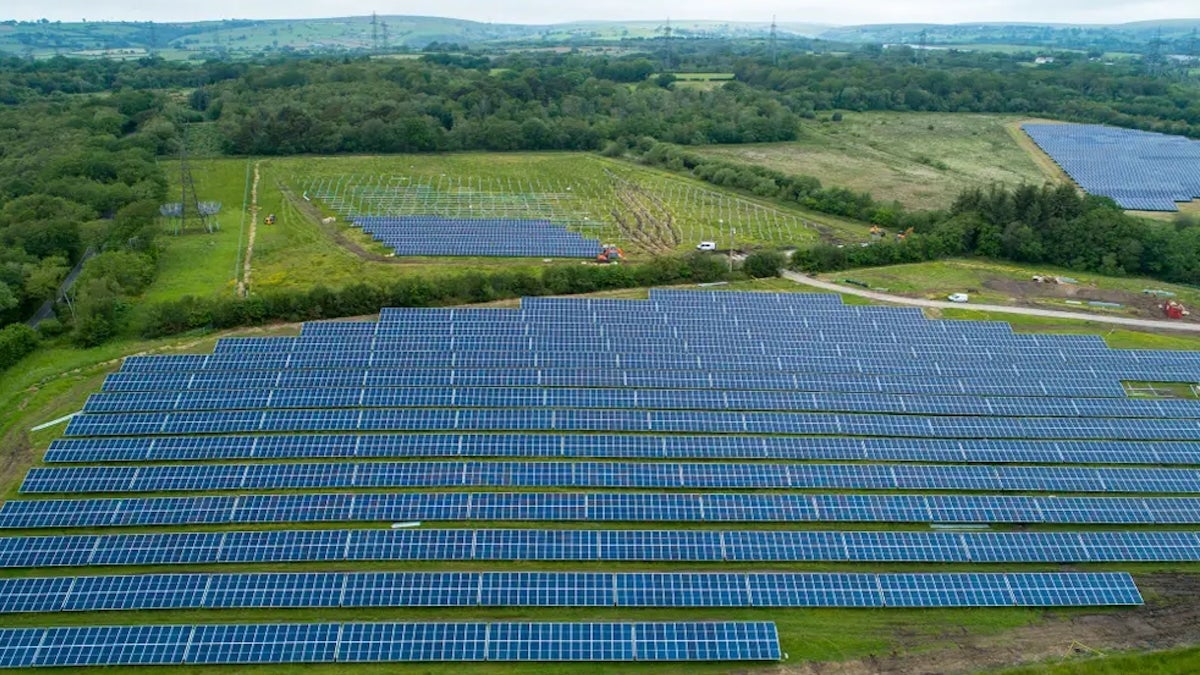 A hospital in Wales has found a way to keep both the planet and its patients healthy with solar power.

Morriston hospital in Swansea is the first in the UK to own its own solar farm. And the initiative is off to a bright start, the Welsh government announced Monday. In addition to contributing to the hospital’s daily electricity needs, the farm managed to cover 100 percent of its demand for a period of 50 hours.

“I am delighted that the solar farm’s performance has already exceeded our initial expectations,” chair of Swansea University Health Board Emma Woollett said in the announcement.

The farm first went live in November and has since saved the hospital around  £120,000 in electricity bills. It has also generated an extra 30,000 kilowatt hours of energy that the hospital was able to sell back to the grid for a profit. This is particularly impressive since the farm has so far only been running during the shortest days of the year and isn’t even completely finished.

“It was expected that over the winter months the solar farm would contribute electricity, but that the hospital would still need to continue to buy power from the grid every day,” Swansea Bay University health board assistant director of operations Des Keighan told The Guardian. “What has come as a pleasant surprise is that for a total of 50 hours, the hospital has been entirely powered by the solar farm. This is despite the fact that the solar farm hasn’t been operating continually over the winter. It has still been undergoing tests and fine-tuning, and is not due to be completely finished until the end of March. So this additional performance has been even more of a bonus.”

The project was funded through a loan from the Welsh government designed to make the public sector carbon free by 2030. The four megawatt installation is located on Brynwhillach Farm and is then connected to the hospital by a three kilometer (approximately two mile) wire.

“We want our energy to come from community owned and locally run renewable energy sources in Wales,” Welsh Minister for Climate Change Julie James said during a visit to the site. “This will ensure our supply is resilient, reliable and reasonable for both our planet and our pockets. We have bold ambitions to decarbonise the public sector by 2030. Morriston Hospital — which depend not only on the powers of their staff, but also the energy hungry machines to keep their patients alive and well – have blazed the trail in their switch to renewables, which makes sense both financially and to the health of the people of Wales.”

The farm’s success comes at a crucial moment for energy in the UK and globally, as already high oil and gas prices climbed even higher after Russia’s invasion of Ukraine, as The National pointed out.

The farm cost an initial £5.7 million and was initially projected to save £500,000 in bills every year and 1,000 tonnes (approximately 1,102 U.S. tons) once fully operational.  However, the spike in worldwide energy prices means that the hospital now predicts savings could be almost double the first estimate, The Guardian reported.

“With the current volatile situation with energy prices, this really shows that the investment and the long-term thinking on behalf of the health board has paid off,” Woollett said in the announcement.

The farm’s success also arrives at a crucial moment for the fight against the climate crisis. The latest Intergovernmental Panel on Climate Change (IPCC) report released last month warned that urgent action is needed to reduce greenhouse gas emissions or the climate will change beyond our ability to adapt.

“Our addiction to fossil fuels is proving harmful, volatile and no longer viable,” James said in the announcement. “In Wales we will continue to accelerate our investment in renewable energy and energy efficient measures such as those adopted at Morriston hospital, and call on the UK Government to support a socially just transition to Net Zero as we respond to the climate emergency. The IPCC have rung the clarion call for our planet, now we must listen and respond to the science.”