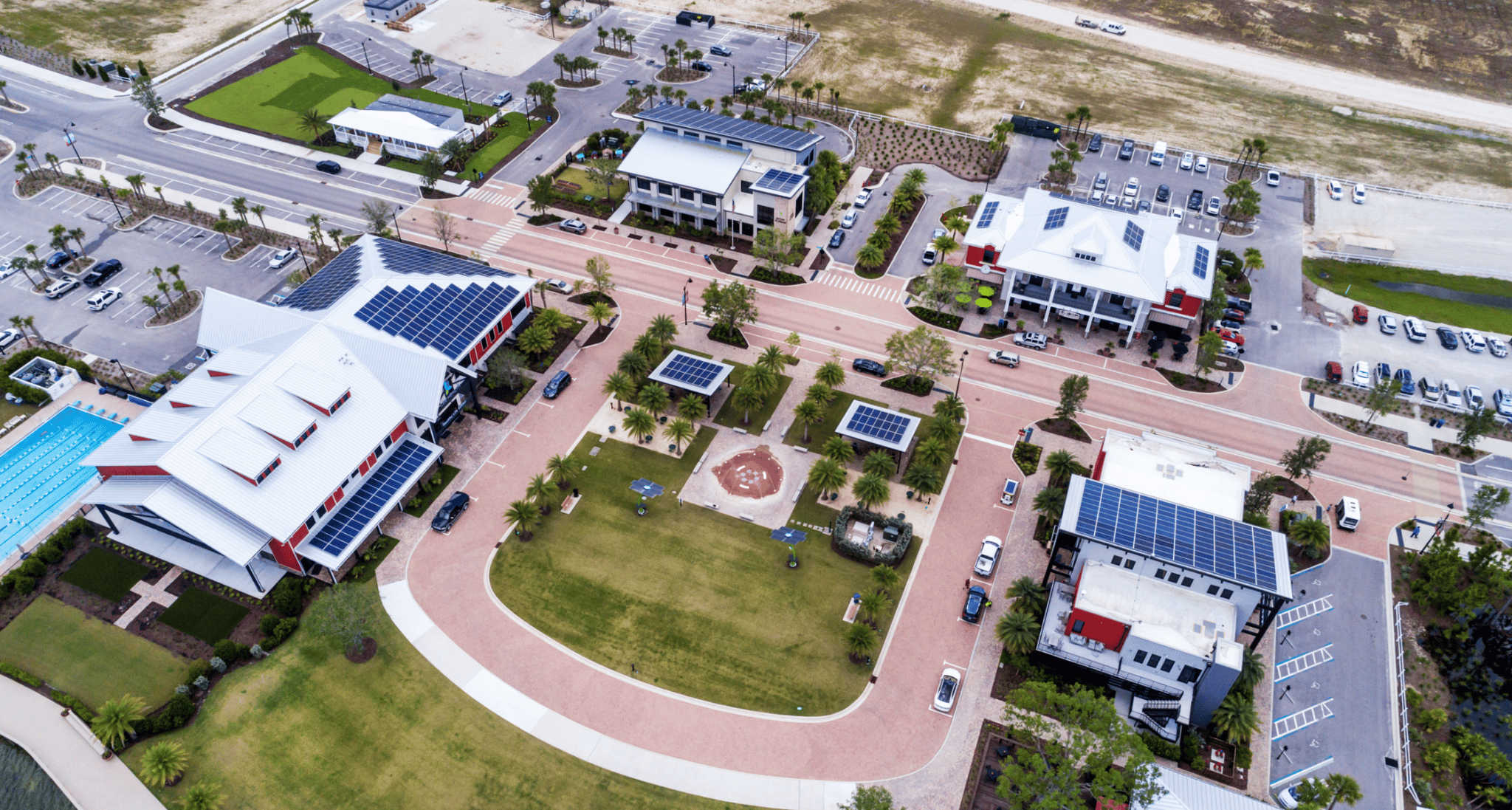 Hurricane Ian caused mass destruction to Southwest Florida, taking dozens of lives and leaving millions without power. But in the midst of devastation, a small solar-powered community was left virtually unscathed — despite being about 20 miles northeast of hard-hit Fort Myers.

“The meteorologist on the TV, clear as day he goes, ‘This is headed right for Babcock Ranch.’ And I remember thinking, ‘Oh my gosh, we’re about to get tested,” said Syd Kitson, founder of Babcock Ranch.

Babcock Ranch is a solar-powered town with roughly 2,000 homes and more than 700,000 solar panels. Homes and businesses in Babcock are built to be energy efficient and weather resistant, many of them constructed with durable insulated panels meant to withstand Florida’s extreme weather. Many residents have additional solar panels and solar battery systems as an extra layer of protection from power outages.

If Hurricane Ian was a test of the town’s resiliency, Babcock Ranch passed with flying colors.

“We have proof of the case now because [the hurricane] came right over us,” Nancy Chorpenning, a 68-year-old Babcock Ranch resident, told CNN. “We have water, electricity, internet — and we may be the only people in Southwest Florida who are that fortunate.”

Hurricane Ian brought record-breaking surges and winds over 100 mph that knocked out power to 2.6 million Floridians. Yet there was no major damage to the eco-conscious town that lay in the direct path of the near-Category 5 storm. In fact, most residents didn’t even evacuate.

“It was pretty remarkable to see that there was almost no damage at all,” Kitson told EcoWatch. “There were some roof tiles, some roof shingles fell off. But none of the homes sustained any real damage.”

This, despite the fact the storm sat over Babcock for upwards of 10 hours. But Kitson said it’s because every inch of the town was designed with sustainability in mind.

“We built [Babcock Ranch] 25 to 30 feet above sea level, and that was purposeful,” Kitson said.

Babcock also had access to fresh water throughout the entire storm, and Kitson said it’s because their water management system was built around the area’s natural water fkiw.

All of the trees and plants in Babcock are also native plant species, ones naturally capable of withstanding Florida’s chaotic weather. Kitson told EcoWatch the only trees uprooted during Hurricane Ian were ones that were just recently planted.

Florida officials have taken notice of Babcock’s impeccable infrastructure. Babcock Neighborhood School was even opened an official refuge center for hurricane victims. This is despite the school not having the state-mandated generator, but rather a solar array keeping the lights on.

Babcock Ranch has already grown exponentially since the construction of its solar array in 2015, built and run by Florida Power and Light. Residents first moved to the community in 2018, with now over 4,000 Floridians calling it home.

The community currently features a school, shopping center, parks, lakes, and an active trail system, with plenty more development plans on the horizon. Babcock Ranch was recognized as the No. 14 top-selling planned community after seeing record sales of more than 1,758 homes sold, 714 of which were sold in 2021.1

When Kitson first told EcoWatch about Babcock Ranch back in 2015, his vision was for it to expand to offer 20,000 homes, as well as condos and apartments, so living in Babcock would become more accessible for more people.

That vision is still clear as day. But Kitson also hopes Babcock can be seen as an example for how to build the right way.

“I’m very optimistic about what we’re doing here in the United States. We have a lot of smart people, we have a lot of innovative people and companies…Hopefully they’ll look at Babcock as maybe a leader in some of those innovations,” Kitson said.

“We can preserve land and we can create places that are healthy, healthy environments and really do the right thing for our kids and our grandkids.”

Kitson told EcoWatch that someday as many as 50,000 people could call Babcock Ranch home. As more people see how the solar-powered community prevailed in the wake of Ian, we have little doubt that goal will be reached.

The massive power outage left by Hurricane Ian was another testament to the larger issue: America’s energy infrastructure system is ill-equipped to handle worsening weather events amid the climate crisis.

Babcock Ranch serves as an example of how eco-focused urban development may be the answer to the bleak reality that weather events are likely going to become more catastrophic in years to come.

“These storms are getting more violent, they’re more frequent and it’s just something we need to think about,” Kitson told EcoWatch. “I think what towns need to think about and municipalities should be thinking about is how do we start. You got to start somewhere. So, maybe start with the infrastructure.”

“It’s not what it was 20 or 25 years ago; the storms are getting bigger and bigger, and it’s no surprise because the warnings have all been there,” Grande told CNN. “I think Babcock Ranch’s future has gotten even brighter.”

Kitson credits Florida Power and Light for keeping the lights on at Babcock, saying the utility recently hardened their infrastructure. He advises other utilities, especially in storm-prone states, to take note.

What Are the Best Solar Batteries for Energy Storage?