Driving a Solar-Powered Car Might Be Closer Than You Think 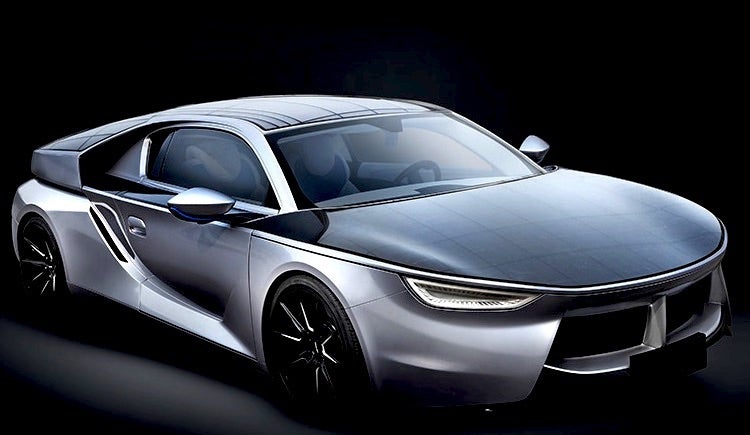 Since we can already fly on sunshine, why can’t we drive on it? Chinese company Hanenergy, the world’s largest thin-film solar panel maker, has launched four concept cars that are fully powered by sunlight.

Hanenergy’s cars are basically electric vehicles (EV) covered with solar panels. According to Dr. Gao Weimin, Hanergy vice president and CEO of its Solar Vehicle Business Division, the vehicles are covered with the company’s gallium arsenide thin-film solar cells that claim an impressive conversion rate of 31.6 percent (most commercial panels have a conversion rate hovering around 15-20 percent).

Gao said that with five to six hours of sunlight, the panels can generate eight to 10 kilowatt-hours of power a day, allowing the prototype cars to travel about 80 kilometers, the equivalent of more than 20,000 kilometers annually.

Since the panels are directly mounted on the cars, the idea is that you can charge while driving and would not have to stop for juice at a charging station like with traditional EVs. If the concept proves successful, it would eliminate range anxiety—or the fear that your car might run out of power before reaching your destination. Range anxiety, after all, is one of the most frequently cited drawbacks to EVs. The company said that these “zero charge” cars are ideal for short and medium length journeys in cities under normal weather conditions.

“Breaking the bottleneck of poor practicality of previous solar-powered vehicles, the four launched by Hanergy are the first full thin-film solar power vehicles that can be commercialized, redefining new energy vehicles,” the company said in a statement. The company has also partnered with China-based Foton Motor to help develop clean energy buses.

The cars debuted at the company’s Disruptive Innovations Drive the Future event at its Beijing headquarters on July 2. Hanergy board chairman and CEO Li Hejun drove the sports car series Hanergy Solar R around the venue.

If the cars actually do what the company says, these cars must be much more aerodynamic and lighter than your average two-ton American car sedan. Car News China described that the weight of the Hanergy Solar L, a MPV-like model with gull wing doors and a six-meter solar panel, is estimated at just 700 kilo (0.8 tons).

Car News China has shed light on how they work. For the Hanergy Solar R, the energy generated from the roof goes to the rear wheels and the panel on the hood goes to the front wheels. The door panels power the car’s other electrical systems.

In a speech in front of 4,000 attendees, Hejun boasted about the potential of thin-film solar cells and how the light-weight and flexible material allows the cells to be integrated onto a range of products in addition to cars such as unmanned aerial vehicles, mobiles, backpacks and clothes.

While the technology sounds promising, Stephen Engle of Bloomberg News expressed some doubts about the car. Instead of range anxiety, Engle said the driver might experience “cloud anxiety” since the car cannot charge if the sun is not out or if it is a particularly hazy day—a likely occurrence especially in China’s smog-choked cities. He did, however, point out that the cars are equipped with lithium batteries that enable travel of up to 350 kilometers per charge. Additionally, a smart managing system allows the driver to choose between different charging modes when traveling in varied weather conditions.

Engle also brought up Hanergy’s uncertain future in the market, as the troubled company’s shares have been frozen for months as it undergoes investigation over possible stock price manipulation.

That said, while a 100 percent solar-powered car might be more science fiction than reality at this point, the concept has enormous potential. According to Car News China, Hanergy said solar-range will expand dramatically in the future due to improvements in solar panel technology. And Forbes reported that the company expects their panels to increase efficiency to 38 percent in 2020 and 42 percent in 2025, meaning a future of fuel-free transportation might be closer than we might think.