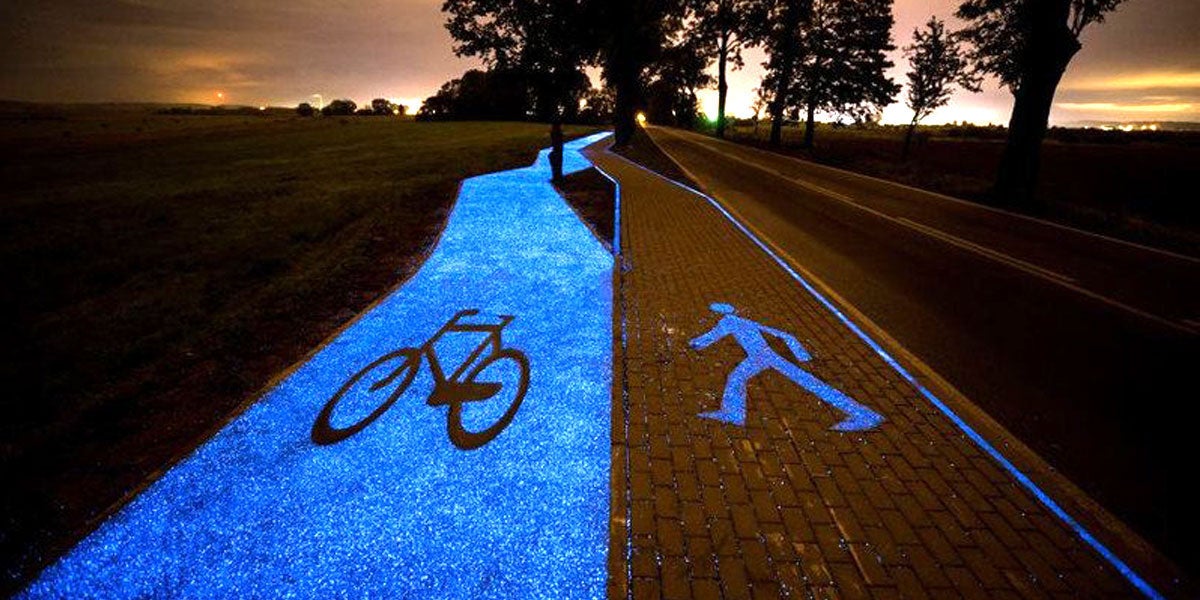 Poland—home to some of the most bike-friendly cities in the world—unveiled a gorgeous, glowing bike path near Lidzbark Warminski in the Mazury region last week to help nighttime cyclists get from A to B. 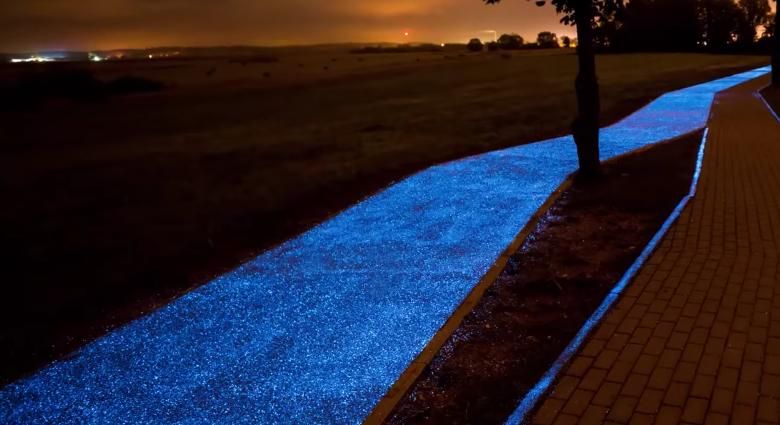 Next Nature Network reported that the bike path illuminates at night thanks to blue luminophores, a synthetic material that emits light after being charged by the sun. The color blue was chosen for the path because the engineers thought it would best suit the scenic Mazury landscape.

TPA president Ruttmar told Polish publication Gazeta Wyborcza that the material used for their track can emit light for more than 10 hours, meaning it can radiate throughout the whole night and re-charge the next day as it absorbs the sun’s rays.

The engineers drew inspiration from a similar solar-powered bike path in the Netherlands known as the “Starry Night” bike lane that was unveiled by Studio Roosegaarde about two years ago.

The two paths, however, are different in a notable way. While the Dutch path lights up via solar-powered LEDs, the Polish path requires no additional power supply, Waldemar Królikowski, director of the Board of Regional Roads in Olsztyn, said.

According to Inhabitat, TPA designed the path with sustainability in mind. The company is also researching ways to optimize production costs since this illuminated bike path indeed costs more than conventional ones.

Check out the bike lane in the video (in Polish) below.