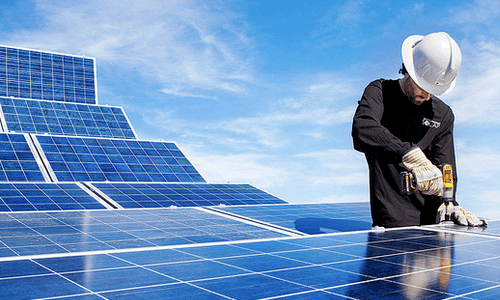 When it comes to the country’s energy future, the path is looking very bright—especially on rooftops across the U.S. American homes are going solar at rates higher than ever before, according to a new industry report. 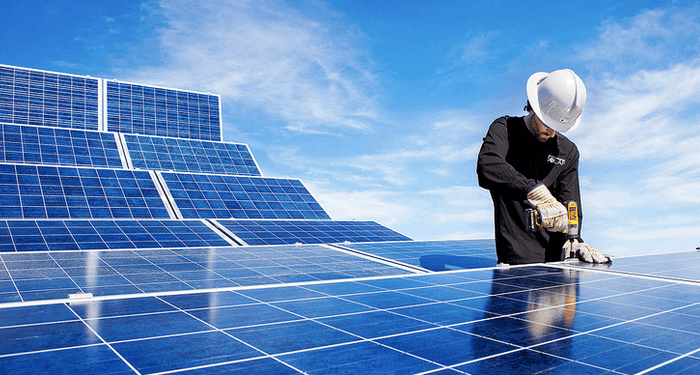 A new solar industry report shows that the U.S. installed 1,393 MWdc in the second quarter of the year, bringing the market up to 2,722 MWdc in the first half of 2015.

GTM Research and Solar Energy Industries Association (or SEIA, the national trade organization for America’s solar energy industry) released its Q2 2015 report showing that the country has exceeded 20 gigawatts of solar electric capacity in the first half of 2015—enough power for 4.6 million homes.

This could make 2015 on track for another banner year. So while 2014 already smashed records, it looks like 2015 is poised for even better growth.

“The second half of the year should be significantly larger than the first in terms of new deployments,” the report said. “We anticipate a bevy of utility-scale project completions, combined with a continued ramp in the residential market and a commercial solar resurgence in select states to bolster installations through the rest of the year.

While the largest slice of the market comes from utility scale solar projects, residential solar installations especially stood out in the report. With a record 473 megawatts installed, the segment has grown 70 percent year-over-year.

“The demand for solar energy is now higher than ever, and this report spells out how crucial it is for America to maintain smart, effective, forward-looking public policies, like the ITC [the Solar Investment Tax Credit], beyond 2016,” said Rhone Resch, SEIA president and CEO.

“At over 20 gigawatts of installed solar electric capacity, we now have enough solar in the U.S. to power 4.6 million homes, reducing harmful carbon emissions by more than 25 million metric tons a year,” he continued. “Since the ITC was passed in 2006, U.S. solar growth has exploded and more than 150,000 American solar jobs have been created. By any measurement, that’s a success for both our economy and environment.”

While the non-residential market (which means neither rooftop nor utility-scale installations) finished the quarter down 33 percent from the same period last year, GTM Research suggested that community solar (which allows multiple people to subscribe to one solar energy project), as well as “improving market dynamics in several states” and financial innovation could improve numbers in this segment by the second half of 2015 and beyond.

The report follows President Obama’s recent trip to Nevada in which he spoke about the great hope in solar and other renewable forms of energy.

During his speech, Obama said the growth in solar—which is 20 times bigger than it was in 2008, is “like evolving from the telegraph to the smartphone in less than a decade.”

The Obama administration “announced a series of measures to encourage solar power construction, including making an additional $1 billion in loan guarantee authority available in a federal program for innovative versions of residential rooftop solar systems,” The New York Times reported.

This all comes on the heels of the President’s Clean Power Plan, which requires states to cut carbon dioxide emissions by 32 percent from 2005 levels by 2030. Much of those cuts would come from bringing more renewable energy projects online.

Here are key findings from the GTM Research and SEIA report: