Where are the Solar Jobs? New Resource Can Tell You 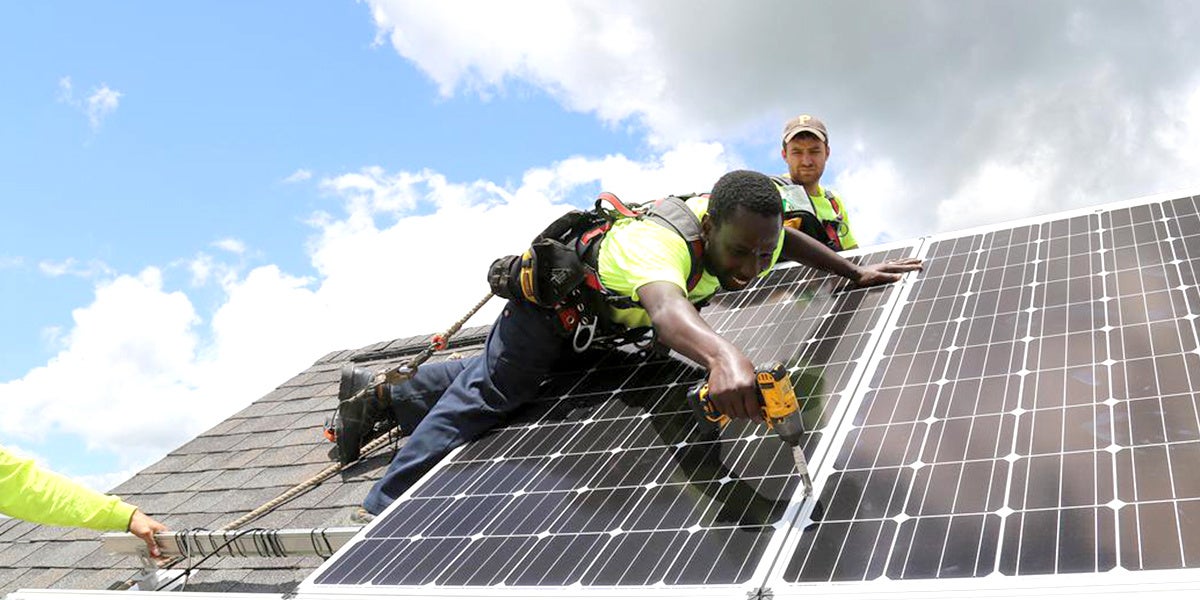 A new tool from The Solar Foundation breaks down the latest solar jobs numbers by state, metropolitan area, county and congressional district, and looks at who makes up the solar industry. Here’s a taste of what those numbers say, and why they matter.

The interactive map, available at www.solarstates.org, slices and displays the solar census data for 2017 in a range of ways.

One overarching message from the census and the tool is that a lot of people work in solar in this country: 250,271 in 2017, by their count. That’s down 4 percent from 2016’s number, but still notable within the energy sector. And those jobs take a variety of forms, ranging from manufacturing to project development, to sales and installation.

California was far out in front with more than 86,000 people working in the solar industry—1 in every 458 Golden State workers. Other states were in the same per-capita range, including leader Vermont (1:406), Nevada, Utah, Hawaii and Washington DC. 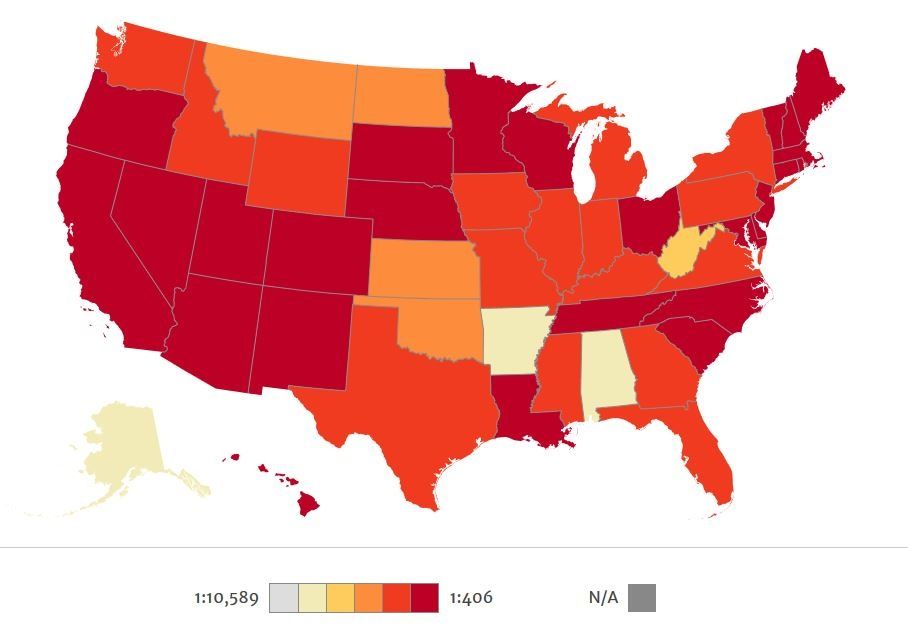 While solar jobs numbers fell overall, they grew in a lot of places in 2017. The top states for solar job growth in 2017 are all over the map, from the Intermountain West to the Northern Great Plains, from the Southwest to the Mid-Atlantic, and into the Northeast and Southeast. Utah added the most jobs, growing to more than 6,000 solar workers, followed by Minnesota, Arizona, New Jersey, New York, Tennessee, Pennsylvania, Colorado, Ohio and North Carolina. On a percentage basis, Delaware and Minnesota took top honors, with each achieving around 50 percent growth in solar jobs over the previous year.

The best metropolitan areas for solar jobs? The Bay Area is at the top, and California metro areas take more than half the top slots. But metro areas in other states also figure prominently: New York/New Jersey/Pennsylvania, Massachusetts/New Hampshire, Arizona and Nevada.

The Solar Foundation map also lets you look at the data by county, census division, or congressional district and has some data incorporated from the 2016 and 2015 censuses.

Another important measure of progress in the solar industry is how well it mirrors the U.S. workforce. The Solar Foundation’s census and new tool show that veterans, Latinos and Asian-Americans/Pacific Islanders are parts of the solar workforce in a solid way, but that women and African-Americans are underrepresented.

As with other data, states differ in terms of representation in solar. Women make up almost half the solar workforce in Vermont, for example:

And more than one in six solar workers in North and South Dakota is a veteran (versus one in 14 of U.S. workers as a whole):

The makeup of the solar workforce, and changes in it, in part reflect where solar is happening, as The Solar Foundation’s latest census report explains:

So what do we do with this information and the new Solar Foundation tool? Here are three ideas:

The solar industry has really produced when it comes to U.S. jobs; in 2016, 1 in 50 new American jobs was in solar. Use this the census to look at overall job trends, then think about what’s at stake, if, for example, your president is working to make solar harder for customers, not easier.

2. Keep an eye on the solar job picture near you.

More specifically, is your county/district/state picking up jobs, or losing them? If it’s the latter, ask for answers. Is it that your state’s solar or clean energy policies aren’t rational and clear? Massachusetts is in the number 2 spot for overall jobs, but its numbers dropped by 20 percent between 2016 and 2017 as the industry waited (and waits) for the legislature and administration to provide clarity and remove barriers through solar (and other) policies. And that drop meant it slipped from number 1 in solar jobs per capita all the way down to number 7.

Diversity builds strength. Are we moving quickly enough? Are we even going in the right direction? If not, why not?

And, number 4: Act. Solar isn’t happening in a vacuum; our elected leaders at all levels need to be sending the right signals, ones that say we value this technology, for all the energy security, environmental, resilience and, yes, job benefits it brings.

Strong, stable, forward-looking policies to drive solar growth. Commitments (in policy and in practice) to expanding access to solar across our communities and to having a workforce that reflects us. And data and tools to help us understand it all.

That sounds like a recipe for a solar jobs picture we can continue to celebrate.