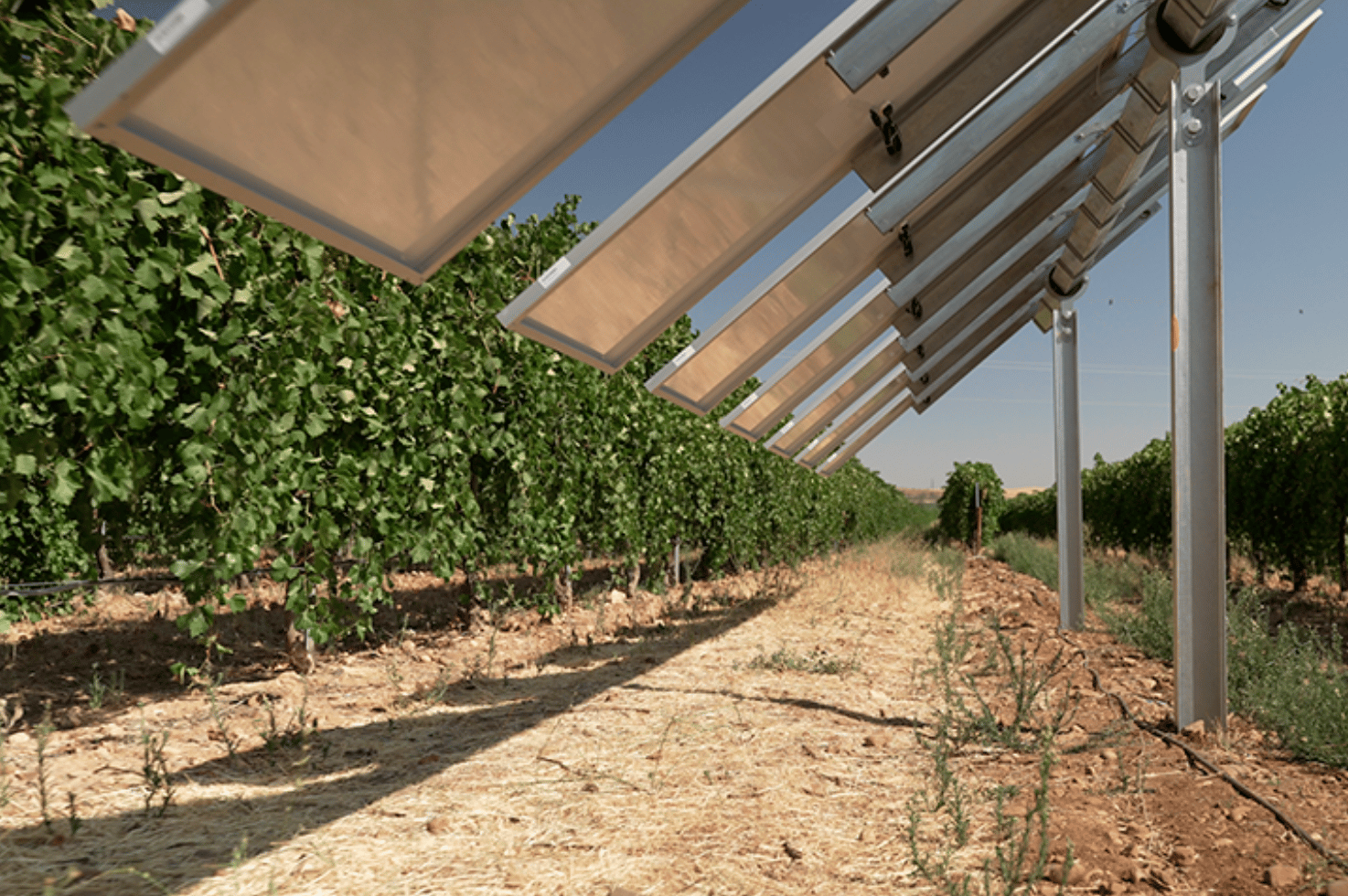 As global wineries are hit with impacts of climate change, a new project called Winesolar in Spain is innovating ways for vineyards to protect their grapes while also generating clean energy.

Iberdrola, an energy company based in Bilbao, Spain, has created a shelter for growing wine grapes at vineyards in Guadamur. The shelter is made with a few solar panels that generate about 40 kW of energy, which will be used by the González Byass and Grupo Emperador wineries. The solar panel shelter creates a microclimate by shading or exposing plants from the sun and offering some relief from high temperatures while also minimizing evaporation after watering crops.

While combining solar energy and agricultural land is not new, one component that makes the Winesolar project stand out is that it will have a tracking system, with trackers from PVH, that uses artificial intelligence (AI) to determine the most efficient solar panel positioning over the vines at any time, according to Iberdrola. Techedge, an IT firm, will help the solar panel project further the wineries’ agricultural goals.

Sensors in the vineyards will record data including soil humidity, wind conditions, solar radiation, and even vine thickness to find the optimal position for the solar panels, giving the vines a fighting chance against the effects of climate change.

“The installation will help to improve the quality of the grapes, allow a more efficient use of the land, reduce the consumption of irrigation water and improve the crop’s resistance to climatic conditions in the face of rising temperatures and increasingly frequent heat waves,” Iberdrola explained in a statement.

While the project is a small pilot, Iberdrola has plans to expand the idea into other Spanish vineyards, in addition to adding another 1,500 megawatts of solar panels across Spain. The company has installed 2,200 MW so far in 2022 and installed 800 MW last year, as CleanTechnica reported.

The project is an example of growing interest in agrovoltaics, or a balance between photovoltaic energy and agriculture through the installation of solar panels on farms. Agrovoltaic projects are meant to improve sustainability and make farming more efficient. While it isn’t a new concept — it was first conceived in the early 1980s — it has become increasingly popular in recent years for its potential environmental and economical benefits.

“When it comes to the environment, the main benefit of agrovoltaics is that it reduces greenhouse gas emissions from the agricultural sector,” Iberdrola said on its website. “What’s more, the dual use of land for both agriculture and for energy relieves pressure on ecosystems and biodiversity, which are affected when cultivation areas are expanded.”