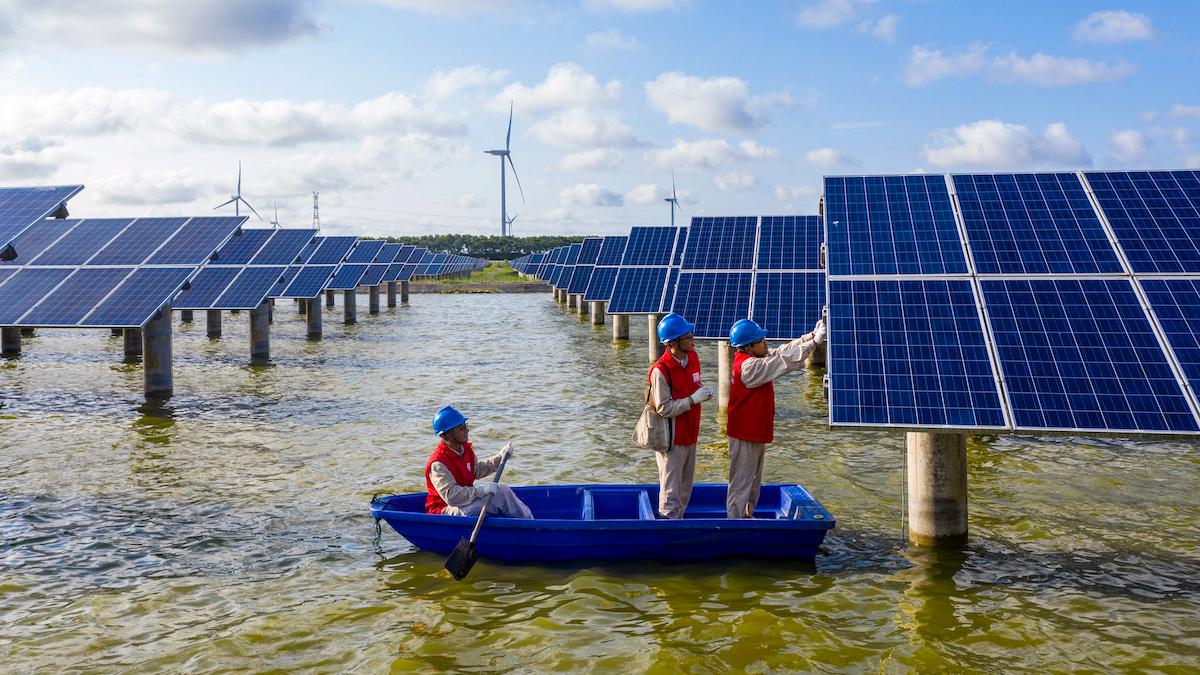 Solar panels have become synonymous with green energy, yet the mining and processing of silicon, glass and aluminum necessary to make them requires energy. And it’s not always clean.

But depending on the panel and installation site, photovoltaics can generate as much energy as was used in their production within five to 25 months.

Here are four essentials of solar panel production, design and longevity that will influence their sustainability.

1. How long do photovoltaics last?

The first grid-connected photovoltaic solar panels were installed in Germany and other countries in the 1980s. Some panels are still in operation decades later, while new models are sometimes now sold with a 30-year warranty.

But panels can last even longer when robust glass is incorporated on the back, which is common in photovoltaic cell manufacturing today.

The longer the service life of solar systems, the lower the CO2 emissions, and the cost of generating renewable power from the sun.

2. Can solar panels be repaired?

Solar panels have a very simple structure. They consist of a translucent special glass pane, a translucent plastic film (EVA) underneath, a silicon cell only two millimeters thick with wafer-thin metal busbars. Behind the cell is another plastic film, and then on the back a special protective film or glass. Everything is firmly interconnected, usually with an aluminum frame with a seal.

Solar panels are very robust and defects are rare. If they do occur, repair is usually possible.

If the glass on the front side breaks due to extreme hail, a panel should be replaced to prevent moisture from getting intside and reducing the system’s performance — a simple glass replacement is not possible here.

After years in operation, the seal and film on the back of the modules can become porous. An adhesive paste can be used to reseal the film against moisture intrusion. If, over time, the electrical cables become porous, or diodes in the junction box fail, they can usually be replaced without complications. 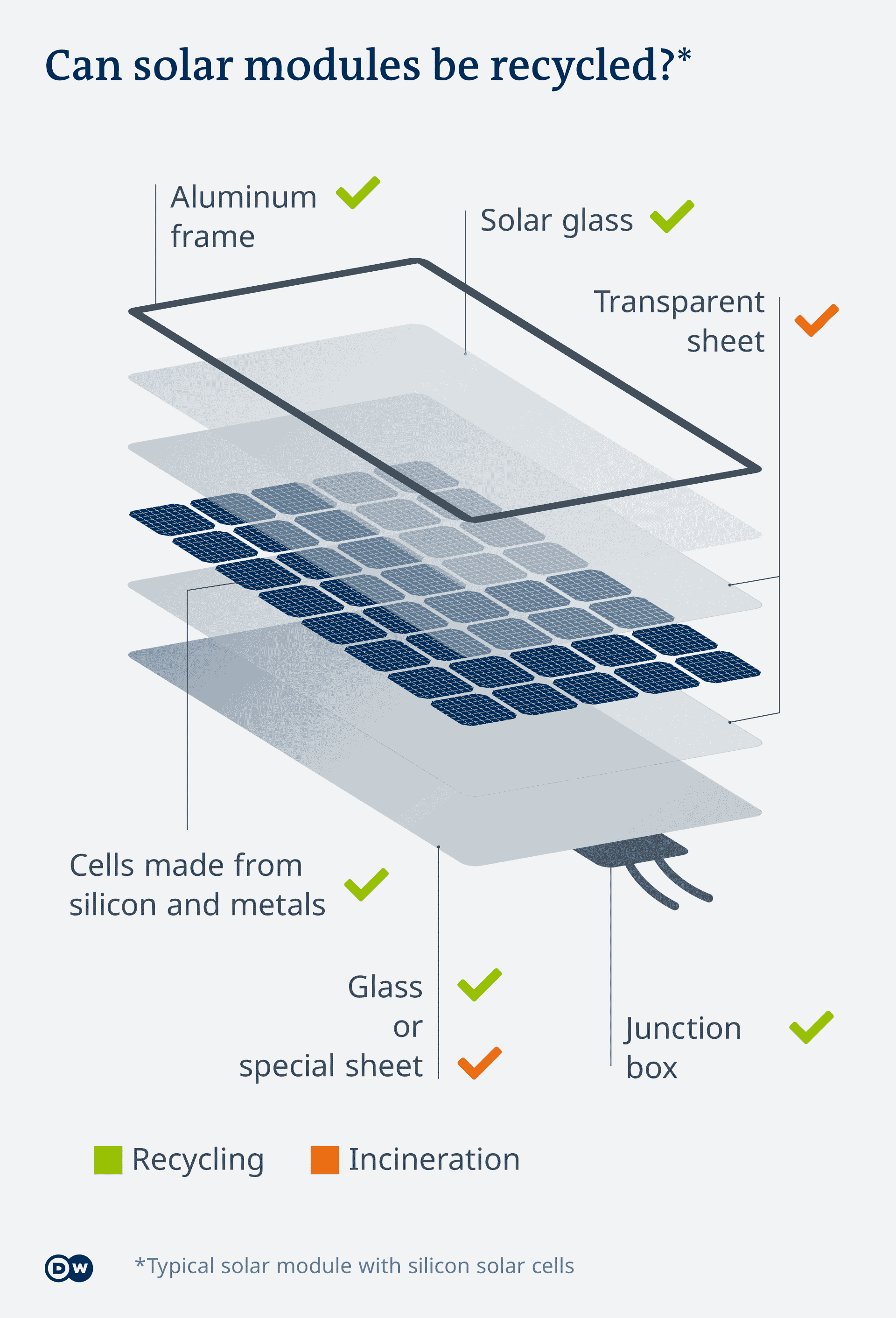 3. Are solar panels harmful to the environment?

According to the German Environment Agency (UBA), there is no danger of pollutants leaking from undamaged or broken panels. However, most models do contain small quantities of environmentally harmful substances.

In the case of the widely used crystalline solar modules (approx. 95% market share), for example, the solder contains up to one gram of lead per module. Some manufacturers do not use toxic lead at all.

In so-called thin-film modules (approx. 5% market share), the cells also contain toxic heavy metal cadmium — up to 1.4 grams per panel. However, manufacturers of these panels have their own take-back system and recover cadmium and lead, as well as non-toxic metals silver, copper and tellurium.

While discarded modules have to be disposed of properly in Europe, most other countries don’t yet have such regulations. The standards are intended to prevent solar panels from rotting in the natural environment and eventually leaching pollutants. In addition, solar panels contain valuable raw materials that can be recycled.

4. How does recycling work?

In recycling plants in Germany, older model panels that still work might be repaired and resold.

When that doesn’t happen, the aluminum frames, cables and junction boxes are removed and the crystalline panels are shredded while glass, metals and foils are separated using various techniques. Metals and lead are separated and reused while glass fragments are generally processed into thermal insulation material known as glass wool. The plastic foils are incinerated in plants with filters to generate energy.

However, environmental and raw materials experts still see a lot of room for improvement in recycling. They would like to see high-grade solar glass from old modules reused for new modules instead of for low-quality insulation materials as is currently the case. Likewise, high-purity silicon from old modules could be used for new solar cells. Until now, it has only been used as an additive in aluminum production.

An old solar module contains raw materials worth €10 to 30 ($11 – 35). For this reason, too, the globally booming photovoltaic industry is an important future market for the recycling industry — especially as millions of panels will be newly installed in the coming decades.

This article was translated from German.