When Solar Panels Need Replacing, Can We Recycle the E-Waste? 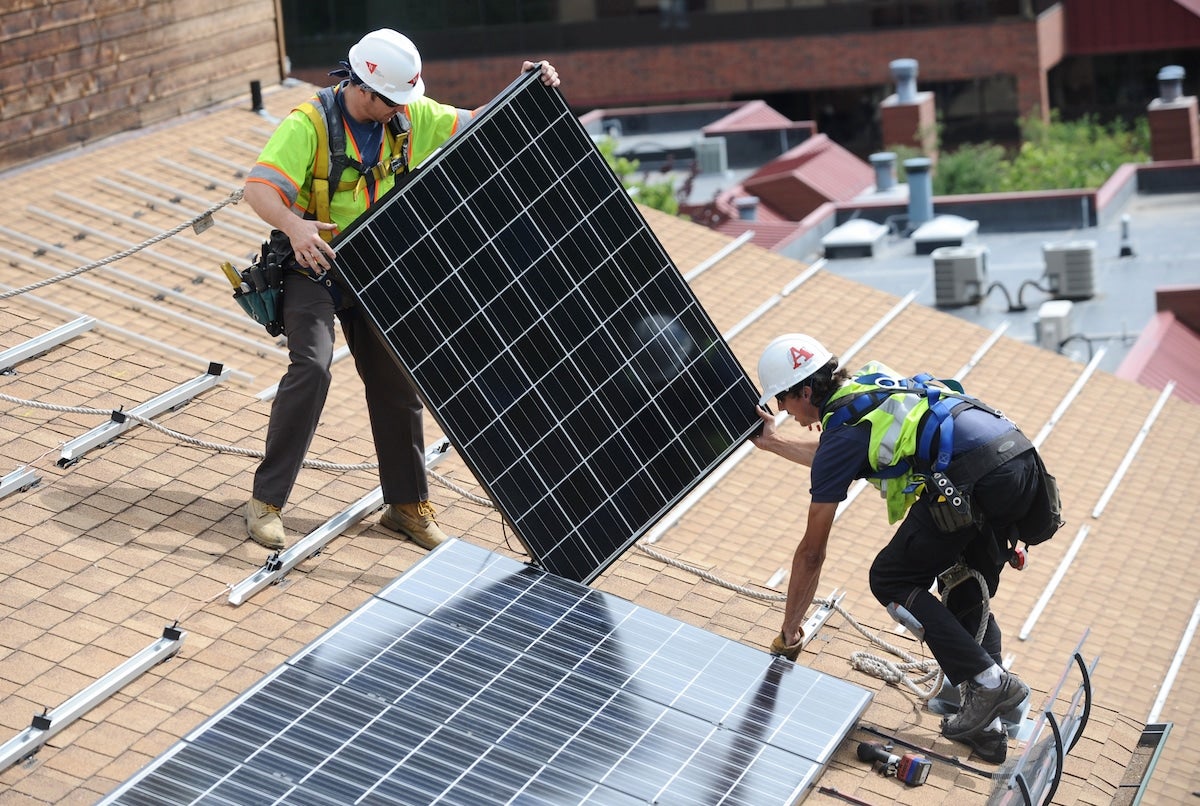 Solar photovoltaic (PV) panels convert sunlight into energy and continue to play an essential role in the fight to stop the climate crisis. As the pioneering panels of the early 2000s near the end of their 30-year electronic lives, however, they are at risk of becoming the world’s next big wave of e-waste.

The IRENA report noted that since their debut, solar PV deployment has grown at “unprecedented rates,” with global installed PV capacity reaching 222 gigawatts (GW) by the end of 2015, with projections rising to 4,500 GW by 2050. Earth911 reported that solar is the fastest-growing energy source in the world.

According to recent research, wind and solar renewable energy technologies will soon be cheaper than coal globally. This will drive even further deployment of solar panels. The United States, China, India, Japan and Germany have planned for “particularly high” deployment, the IRENA report said. As the global PV market continues to expand, so too will the e-waste we can expect when the panels are decommissioned.

IRENA also analyzed the potential upside and value creation of proper end-of-life management of PV panels. It noted that proper management could help shift the world to sustainable long-term development.

Current global panel recycling trends are not yet poised to capitalize on this environmental and economic opportunity. According to Grist, while the E.U. requires manufacturers to ensure panels are properly recycled, in the U.S., there are no regulatory frameworks requiring the recycling of old panels, except for Washington state. In Japan, India and Australia, recycling requirements are being discussed. Without robust recycling mandates, most of this toxic trash will be sent to landfills.

There, the valuable silver and silicone in solar panels will go to waste and toxic chemicals like lead can leach out.

Another current challenge is the cost of recycling, which currently far outweighs revenue from recycling and dumping costs.

“We believe the big blind spot in the U.S. for recycling is that the cost far exceeds the revenue,” Arizona State University solar researcher Meng Tao told Grist. “It’s on the order of a 10-to-1 ratio.”

Tao estimated that PV recyclers today can get about a panel from recovering the aluminum, copper and glass out of a 60-cell silicon panel, the news report said. Sam Vanderhoof, CEO of Solar CowboyZ, one of the only U.S. companies dedicated to PV recycling, compared it to the cost of recycling that panel in the U.S. — between and — due to transportation costs. Grist also estimated that states that allow dumping charge less than to toss the same panel into a solid waste landfill.

As a result, only about 10 percent of panels are currently recycled in the U.S.; the rest go to the landfill or are shipped overseas to countries with more lax environmental rules, the news report said.

“If we don’t mandate recycling, many of the modules will go to landfill,” Tao told Grist.

For the solar industry to substantially grow to meet global demands and to support a clean energy revolution, it will need supportive policies and regulations and a means to deal with the e-waste glut that will soon result.

“We need to face the fact that solar panels do fail over time, and there’s a lot of them out there,” Vanderhoof told Grist. “And what do we do when they start to fail? It’s not right throwing that responsibility on the consumer, and that’s where we’re at right now.”