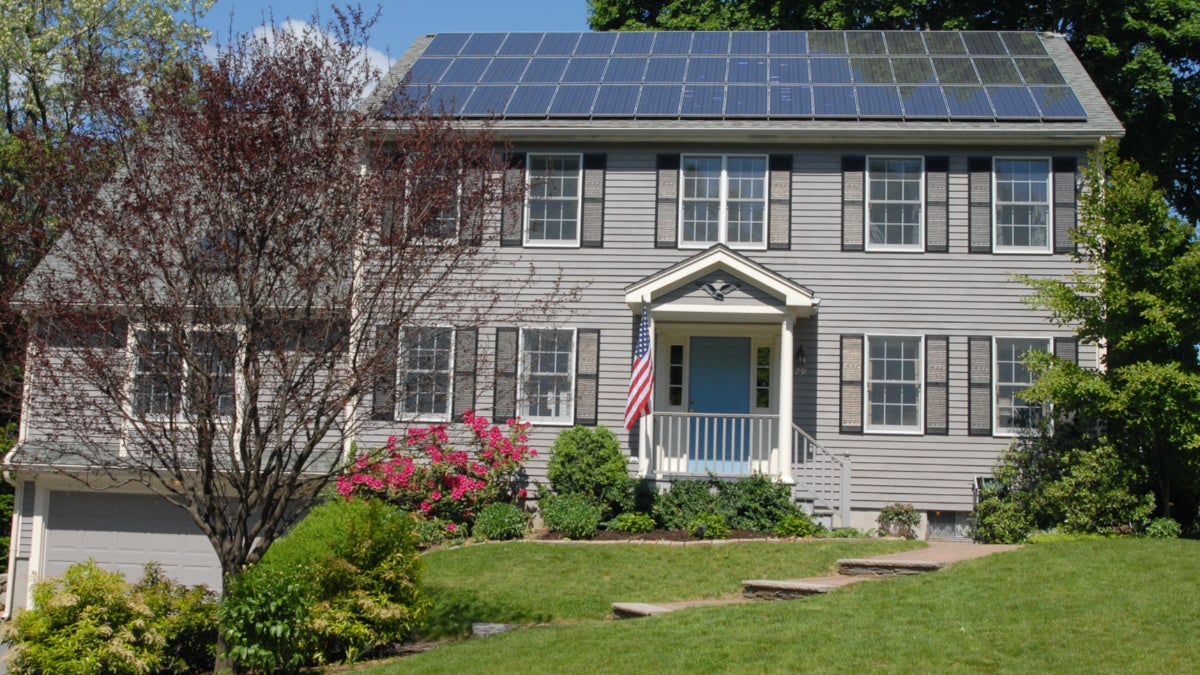 The Federal Energy Regulatory Commission delivered a victory to supporters of renewables by rejecting an April petition from the New England Ratepayers Association calling for federal rather than local jurisdiction over solar net-metering policies. Gray Watson / Wikimedia Commons / CC by 3.0

Federal regulators on Thursday released a pair of decisions expected to impact the expansion of renewable power nationwide—one that was celebrated by environmentalists and clean energy advocates as a crucial win and another that critics warned “could lead to more pollution by propping up fossil fuel power plants.”

The Federal Energy Regulatory Commission (FERC) delivered a victory to supporters of renewables by rejecting an April petition from the New England Ratepayers Association (NERA) calling for federal rather than local jurisdiction over solar net-metering policies, which had provoked strong condemnation from a bipartisan group of congressional lawmakers, solar investors, and hundreds of advocacy groups.

Net-metering is a billing mechanism that credits solar power generators for the electricity they add to the grid. It is a crucial component of rooftop solar project financing because it makes solar energy systems affordable for small businesses and families through energy credits for the solar power they generate. The NERA petition would grant FERC sole jurisdiction to govern such programs through the Public Utility Regulatory Policy Act [PURPA] or Federal Power Act.

Public Citizen, the Center for Biological Diversity, and over 450 other environmental, faith, and consumer groups sent a letter to FERC in June arguing that “state net-metering policies and distributed solar systems are foundational to achieving the nation’s urgently needed clean and just energy transition—to address historical environmental injustices, fight the climate emergency, and ensure long-term resilience.”

Howard Crystal, an attorney with the Center for Biological Diversity’s energy justice program, authored a legal intervention filed with FERC regarding the petition. In a statement Thursday, he welcomed the Republican-led commission’s rejection of the NERA proposal.

“This is a big win for our climate and for communities embracing clean solar power,” Crystal said. “FERC’s unanimous ruling ensures that states can keep appropriately compensating people who install rooftop solar. That allows community solar and other distributed renewables to continue playing a critical role in the urgent transition to clean energy.”

Abigail Ross Hopper, president and CEO of the Solar Energy Industries Association, applauded the panel’s dismissal of the “flawed petition” in a statement that highlighted the solar industry’s record on job creation and contributions to the U.S. economy.

“Our industry holds great promise to help create jobs and revive local economies,” she said. “We are grateful to the state utility commissions and many other partners who strongly opposed this petition. We will continue working in the states to strengthen net metering policies to generate more jobs and investment and we will advocate for fair treatment of solar at FERC where it has jurisdiction.”

Tom Rutigliano, an advocate in the Sustainable FERC Project, which is housed at the Natural Resources Defense Council (NRDC), similarly welcomed the decision, saying that “FERC did one thing right today in rejecting the outrageous petition that would have upended the ability of rooftop solar owners to get a fair price for the excess electricity they generate.”

However, Rutigliano expressed concern about the panel’s vote to overhaul PURPA, which is more than 40 years old and has been key to renewable energy growth across the country. As he put it: “Instead of promoting small, clean generation, FERC is undercutting the ability of solar and wind power to get a fair chance to compete.”

Noting that “utilities have long sought changes to the law” over cost concerns while solar and wind developers say it “is critical to giving renewables a leg up in states that aren’t green-leaning,” Bloomberg reported Thursday that the panel

reduced the mandatory purchase obligation for utilities to five megawatts from 20 megawatts in some markets, and gave states more authority to set the price at which small generators sell their power. The “one-mile rule,” which determines whether generation facilities should be considered to be part of a single facility, was also changed. The agency will now require that qualifying facilities demonstrate commercial viability.

…
Commissioner Richard Glick, the lone Democrat on the panel, dissented in part but said that the changes would benefit consumers. “Under the old regime, customers were overpaying for power they were receiving” to the tune of .2 billion to .9 billion, he said.

Rutigliano warned that “homeowners putting solar panels on their roof, farmers leasing their land to wind turbines, and industrial facilities with efficient on-site power all lose under FERC’s rule today.”

“FERC is pushing the nation to use more fossil fuels,” he said, “just when it should be doing everything it can to support clean power.”