What’s the Average Cost of Solar Panels in Utah? [2022 Prices] 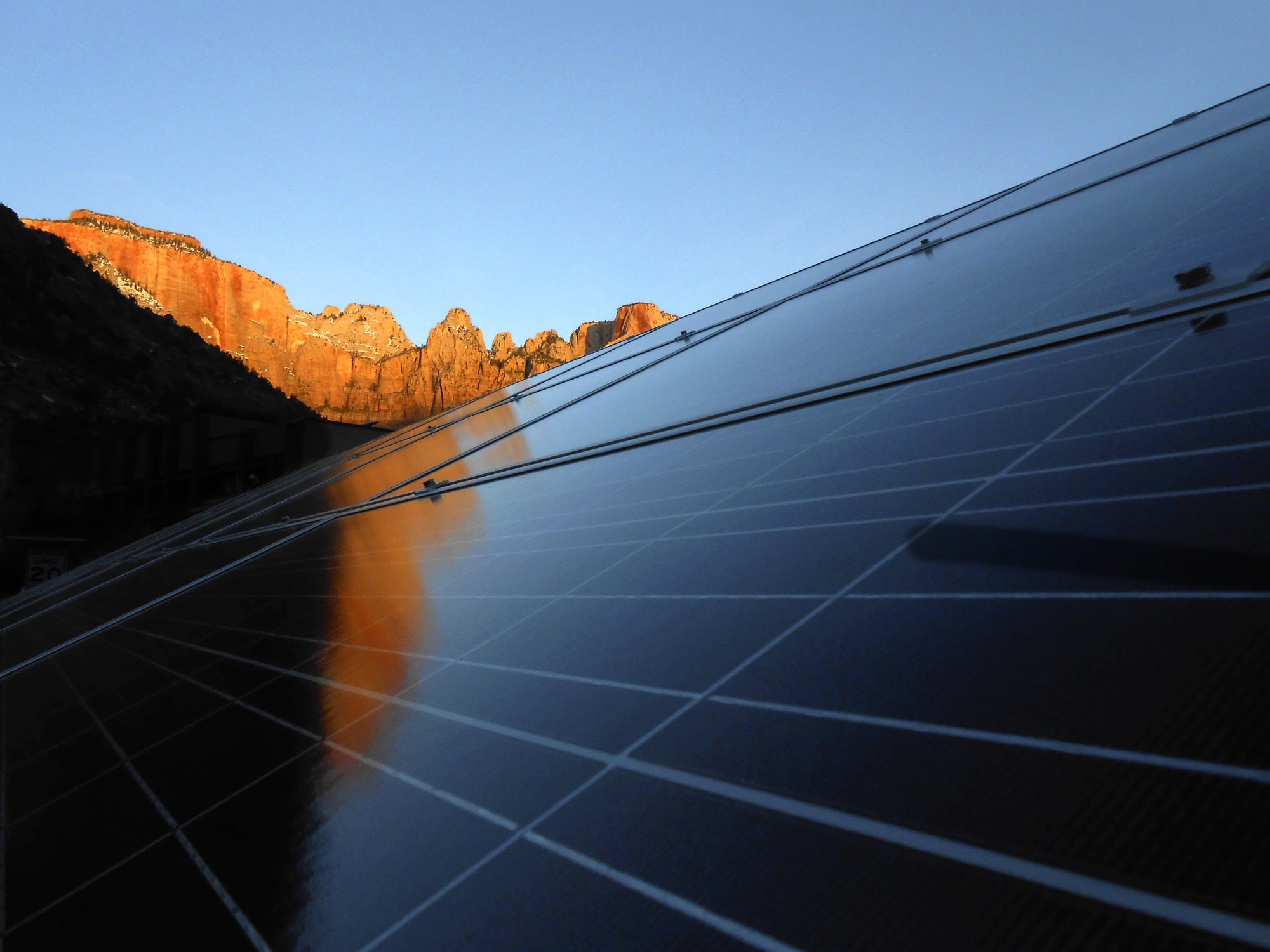 Looking to go solar, but want to know more about the average cost of solar panels in Utah? In this article, we’ll go over solar panel pricing in the Beehive State and show you how to save money on your home’s installation.

The figures we use in this article are averages, but solar costs can change significantly based on your home’s configuration and your household energy needs. To get an accurate, free estimate of what it would cost to put solar panels on your roof, you can use this tool or fill out the form below to be connected to a certified installer near you.

How Much Do Solar Panels Cost in Utah?

At $2.68 per watt, a typical 5-kilowatt (kW) system would cost $9,904 after the federal solar tax credit is applied. A price tag under $10,000 for a residential solar system is usually considered excellent. For pricing of solar power systems between the 5 kW to 10 kW (which are the most common system sizes for residential installations), take a look at the chart below.

While the numbers in the table are reliable, they are based on the average cost per watt and hence only indicate approximate system prices. The best way to get the correct pricing for your home is to contact nearby installers. We recommend getting several free quotes before selecting the best solar company for your project.

Consulting installers near you not only gets you a more accurate price range, but also several other important numbers such as your projected solar payback period, your net return on investment and more. These can prove to be key indicators of whether solar panels are worth it for your home.

What Determines the Cost of Solar Panels in Utah?

Solar panels are neither produced by a single manufacturer nor installed by a single provider. So, naturally, it is impossible for solar systems to have uniform costs throughout the state. Let’s take a look at the factors that most affect the cost of solar panels in Utah:

Like any other technology, solar equipment is designed and built by different companies using varying types and qualities of components. Some manufacturers prefer to build extremely durable panels that last long and save in the long term, while others focus on making cheap solar panels that may not hold up but have an attractive sticker price.

Each manufacturer also offers a unique set of features — a sleeker look, built-in microinverters, app-based monitoring capabilities, long warranties and so on. The same variance applies to mounting structures, inverters, wiring, solar batteries and other components of the system.

Solar panel prices have dropped 64% since 2010. Even still, the majority of U.S. homeowners may not be able to afford a multi-thousand-dollar investment out of pocket. Most solar customers thus tend to look for options that don’t require large upfront payments. Here’s a quick overview of all available options:

A cash purchase is the most desirable option if you’re thinking long-term, but it’s the least convenient in the short term. Although you’ll need to cover a large amount of money upfront, paying in cash has the highest money-saving potential over the system’s lifespan, as there is no interest or fees to account for.

A solar loan increases the total cost of a system, owing to interest rates and/or processing charges. However, it does not require the buyer to spend a large amount at once, which makes solar financing options popular. A highlight of solar loans is that despite staggered payments, they still allow the user to claim the federal tax credit in the year their system goes into service.

A solar lease is similar to a solar loan, except that the ownership of the system remains with the installer. As a result, the homeowner is not eligible to claim the solar tax credit and misses out on other incentives and benefits like added property value. Solar leases often also have longer tenures than loans.

With a solar lease or power purchase agreement (PPA), a solar company will install the panels on your home for free, and you will make a monthly payment to access the power they produce.

While zero upfront costs might be tempting, a lease or PPA provides the least monetary value in the long run and is not recommended unless it is the only feasible option.

A typical solar installation company purchases dozens of individual components from several different suppliers. It also employs a bunch of people to survey, design and install your system. As such, this level of complexity means not every installer is going to be charging the same price.

Additionally, the size and scale of a company will also matter. Pricing will be different between a national brand and a local entrepreneur. There is no general rule as to what is best — the cheapest company isn’t always best, and the same is true for the largest company.

As mentioned, we recommend getting solar quotes from multiple companies and comparing them on several parameters when trying to find the perfect match for your installation. If you want to get started right away, you can use this tool or the form below.

When considering the cost of solar panels in Utah, it helps to take into account the financial incentives available to residents. Here’s an outline of the major solar incentives in Utah:

Is it worth going solar in Utah?

There are multiple factors that make going solar in Utah a worthwhile decision for many homeowners. The state receives ample sunlight, and the cost of solar panels in Utah is on par with the national average. Add in the attractive federal and local incentives, and going solar in the Beehive State makes even more sense.

Multiple studies have shown that having solar panels on a home increases its value, which makes sense considering the fact that solar panels can save thousands of dollars in power bill savings over decades.

A Zillow study showed that on average, solar panels increase property value in the U.S. by 4.1%. Other studies have shown similar property appreciation with solar panels.

Is solar free in Utah?

Although solar panels succeed in eliminating a portion of your energy costs, the equipment itself is not free. However, residential solar panels have witnessed a whopping 64% reduction in prices since 2010. Additionally, the panels pay themselves off in a few years and save a significant amount over their lifetime, making them a highly profitable investment.

If you hear of a company offering “free solar panels,” it’s likely a marketing tactic to get you to sign a solar lease or power purchase agreement. However, the amount you pay for your lease (plus your monthly utility bill) may not be less than what you paid for power before you installed your system.

What is the Utah solar tax credit?

The Utah Renewable Energy Systems Tax Credit (RESTC) is an incentive created by the Utah Office of Energy Development to promote clean energy technologies. Any residential or commercial entity that installs one of the eligible renewable energy systems can avail the tax deduction.

The incentive covers solar photovoltaic (PV), wind, geothermal, hydro, biomass and certain renewable thermal technologies. However, this credit is phasing out. As of 2022, residential customers can claim 25% of their system cost, or $800, whichever is lower. The value decreases to a maximum of $400 in 2023, and the program will end in 2024.

Commercial solar customers can claim a deduction of 10% of the solar project cost, or $50,000, whichever is lower.

When you consider the combined effect of the federal solar tax credit and the RESTC, the Utah solar panel costs drop notably.