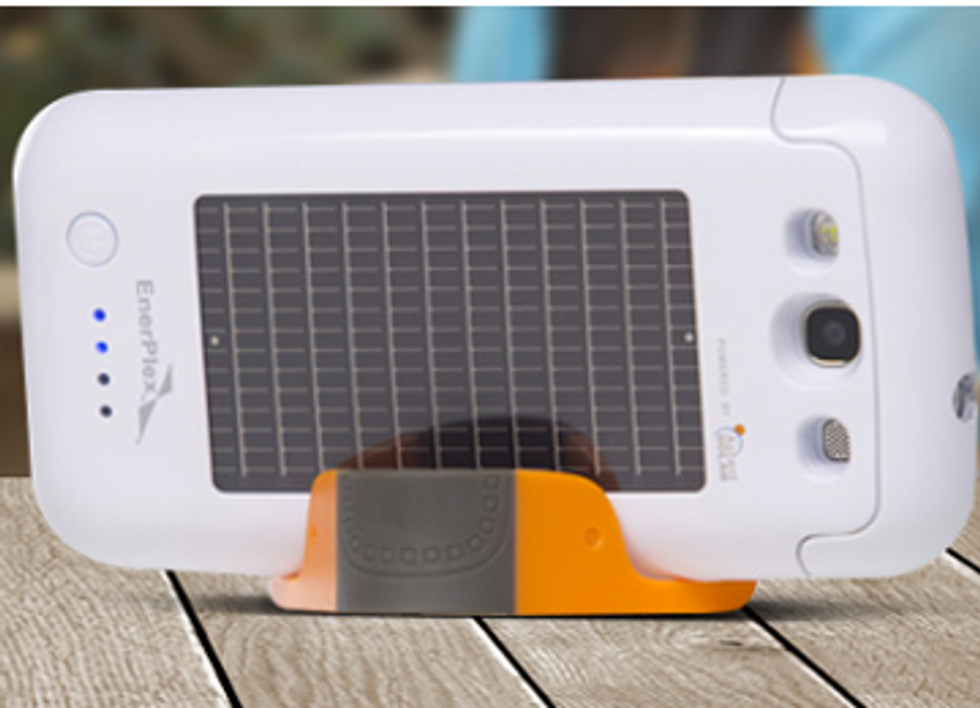 Solar power use is on the rise, but who knew it could give your smart phone a boost?

EnerPlex, has released the Surfr, a protective case that sports a solar panel that can charge an iPhone or Samsung Galaxy. The panel enables sunlight to charge an included battery pack that can nearly double talk time.

EnerPlex,  a Colorado manufacturer that integrates solar power into various applications, developed the case for iPhone 4, 4S and the Samsung S III. All models weigh about 70 grams and are 15 millimeters thick. The iPhone Surfr model contains a 1400 Milliamp Hours (mAh) Li-ion battery pack, as well as a .36-watt integrated solar panel. The S III version has a  2100 mAh lithium-ion battery.

The solar panel provides 10 minutes of talk time for each hour of sunlight for iPhone users. The S III version can get up to 360 hours of standby time and is two grams lighter than the iPhone version.