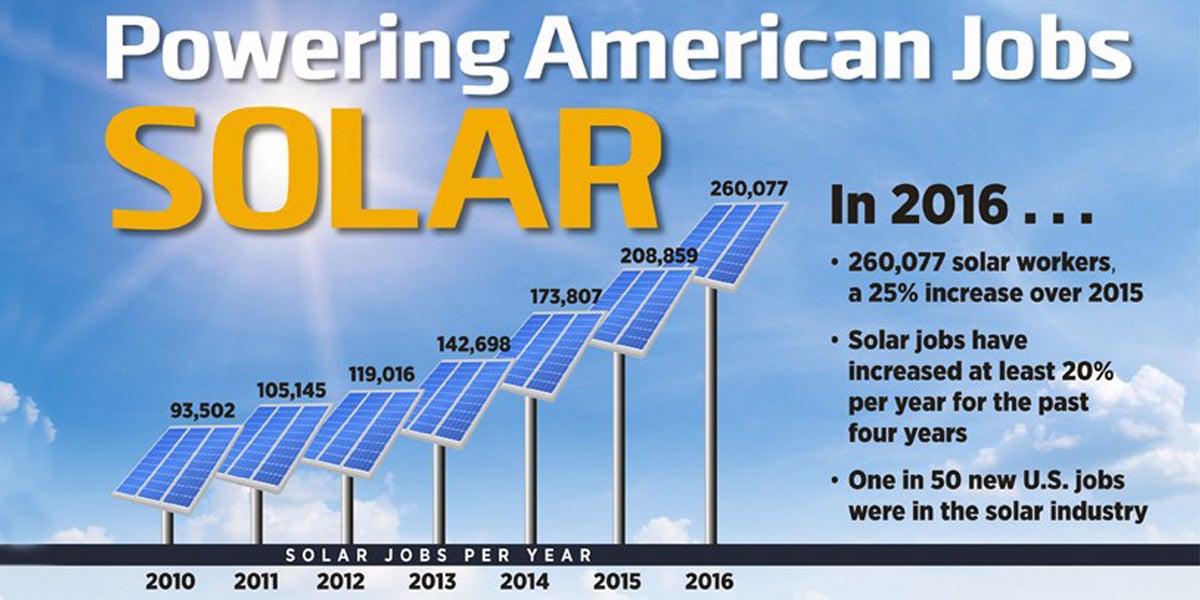 The American solar workforce grew at a historic pace in 2016, a year when one out of every 50 new U.S. jobs was in the solar industry, according to the new National Solar Jobs Census 2016, the seventh annual report on solar employment issued by The Solar Foundation. 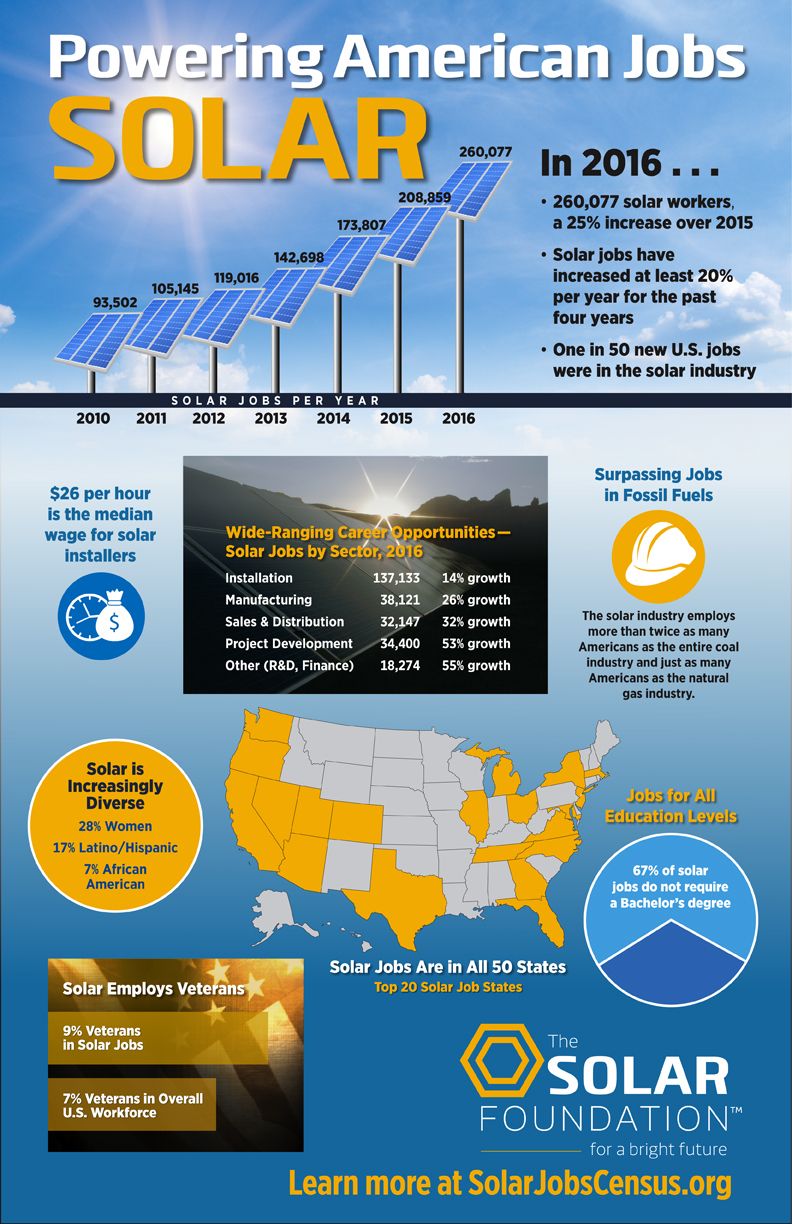 The National Solar Jobs Census 2016 found that solar industry employment growth outpaced the overall U.S. economy by 17 times as it increased by more than 51,000 jobs, for a total of 260,077 U.S. solar workers. The solar workforce grew by 25 percent over 2015, the largest annual growth percentage since The Solar Foundation’s first National Solar Jobs Census was released in 2010.

“With a near tripling of solar jobs since 2010, the solar industry is an American success story that has created hundreds of thousands of well-paying jobs,” said Andrea Luecke, president and executive director of The Solar Foundation.

“In 2016, we saw a dramatic increase in the solar workforce across the nation, thanks to a rapid decrease in the cost of solar panels and unprecedented consumer demand for solar installations. More than ever, it’s clear that solar energy is a low-cost, reliable, super-abundant American energy source that is driving economic growth, strengthening businesses and making our cities smarter and more resilient.”

“Solar is an important part of our ever expanding clean energy economy in Massachusetts, supporting thousands of high-skilled careers across the Commonwealth,” said Massachusetts Gov. Charlie Baker. “Through the continued development of solar incentive programs, Massachusetts is positioned to double the amount of solar for half the cost to ratepayers and maintain our position as one of the best states in the country for energy diversity.”

“As part of our commitment to sustainability and goal to be energy independent by 2020, IKEA is proud of its 44 MW of solar arrays atop 90 percent of our U.S. locations,” said Lars Petersson, IKEA U.S. President. “We are thrilled that our solar investment has helped contribute to rapid growth in the clean tech and renewable energy industry 3/4 and the creation of quality jobs and a low-carbon society as a result.”

Since 2010, The Solar Foundation’s National Solar Jobs Census has defined solar workers as those who spend at least 50 percent of their time on solar-related work. The Solar Foundation has consistently found that approximately 90 percent of these workers spend 100 percent of their time on solar-related work. This year’s census was part of the U.S. Department of Energy’s U.S. Energy and Employment Report data collection effort that included more than 500,000 telephone calls and more 60,000 emails to energy establishments in the U.S. between October and November 2016. This resulted in a total of 3,888 full completions for establishments involved in solar activity in the U.S.

Watch the video from the Solar Jobs Census 2016 below: