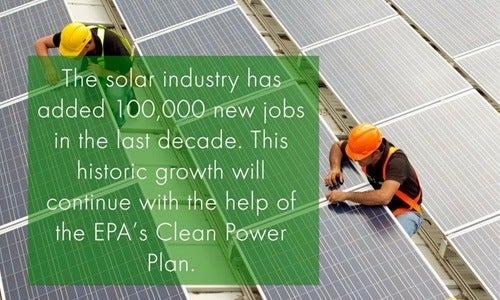 Only exceeded by China, the U.S. is the world’s largest producer of greenhouse gases, with the largest source of emissions coming from electricity generation. America is changing its course and the U.S. solar energy industry is leading the way on this new road; a path to a clean energy future.

Yesterday, the U.S. Environmental Protection Agency (EPA) released the Clean Power Plan, which sets the first ever federal limits on carbon pollution from existing power plants. This is a historic step in America’s clean energy future and a strong show of confidence in the capability of the country’s newest energy vehicles: renewables. 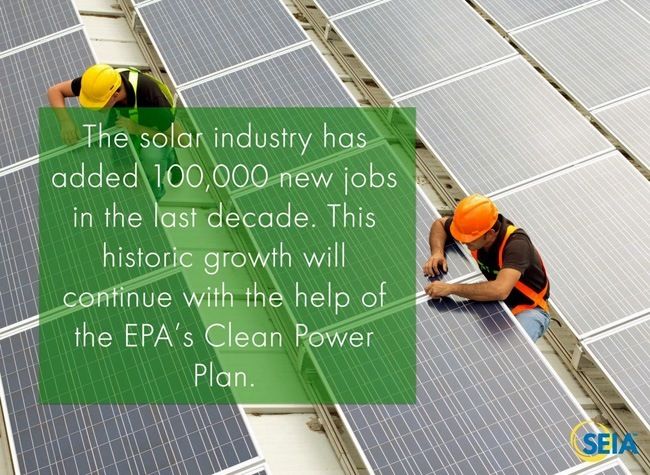 This strong action on climate change, however, is not a “leap of faith” for the solar industry. Solar energy is no longer a niche technology or a futuristic energy source. Thanks to improved technology and cascading prices, solar is already powering American homes and businesses today.

Communities, homeowners, businesses and utilities have made solar one of America’s fastest-growing energy sources with more than 20 gigawatts of total installed capacity. Smart policies like the Clean Power Plan will help the country to continue replacing its aging and dirty energy engine with even more 21st Century technologies.

To ensure solar’s full potential was realized in the policy, SEIA spent the past several years meeting with the White House and EPA officials to educate them about the current state of the solar market and the solar industry’s growth potential. Additionally, SEIA submitted robust comments, providing the EPA with the most up-to-date solar cost and deployment data for all market segments. 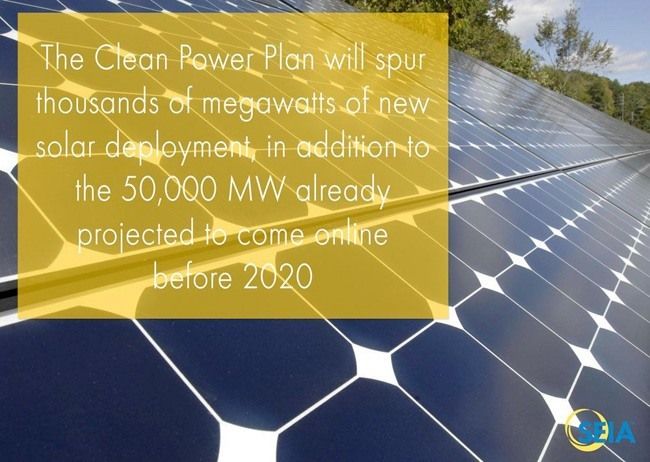 As solar prices continue to fall, more and more Americans are turning to solar to cut costs and avoid carbon emissions. Solar in the utility-scale pipeline has also reached unprecedented levels, with the segment totaling 63 percent of all solar capacity in 2014.