U.S. Solar Installations Projected to Fall Nearly 25% This Year, Bounce Back in 2023 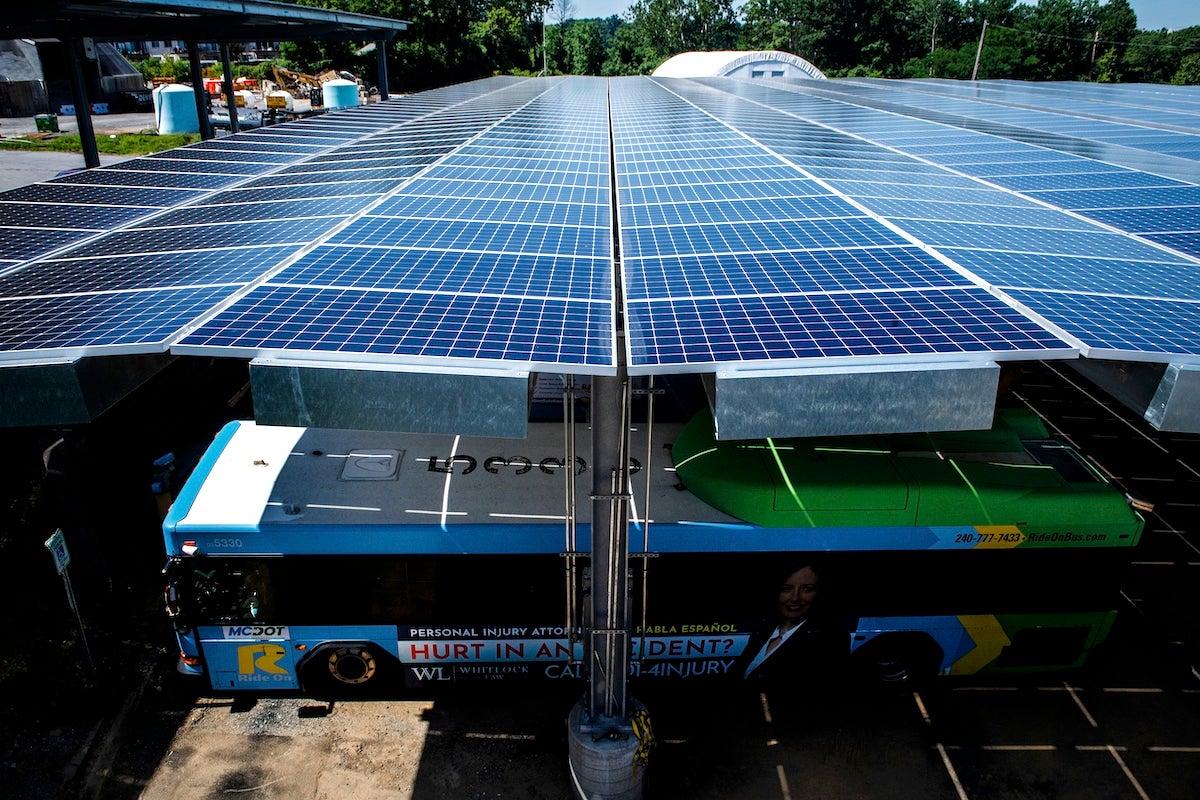 Solar panels make up the roof over parked buses at an electric bus terminal in Silver Spring, Maryland on June 29, 2022. Bill O'Leary / The Washington Post via Getty Images

A ban on goods imported by the U.S. from the Xinjiang region in China due to concerns over forced labor has impeded imports of solar panels, putting solar installations in the U.S. on course to drop by almost a quarter this year, according to this year’s U.S. Solar Market Insight report, released by the Solar Energy Industries Association (SEIA) and energy research and consultancy group Wood Mackenzie.

In the third quarter of this year, solar capacity in the U.S. decreased 17 percent from the same quarter in 2021, with 4.6 gigawatts (GW) of new solar capacity added, a press release from the SEIA said. Restrictions to the supply chain and trade barriers will result in a 23 percent decrease in solar installations for 2022 from last year to 18.6 GW, the report said.

“In the aftermath of the Inflation Reduction Act (IRA), we cannot afford to waste time tinkering with trade laws as the climate threat looms,” said SEIA President Abigail Ross Hopper, as reported by Reuters.

The disappointing projection is unwelcome news to solar companies that would like to make use of the financial benefits of the IRA, which offers subsidies to support green technologies in tackling climate change.

Most of the U.S. solar market is made up of utility-scale installations and customers doing other large projects.

With only 10.3 GW installed, utility-scale installations are projected to decrease 40 percent from last year, the report said.

Solar did add more new electricity-generating capacity to the U.S. grid in the third quarter of this year at 45 percent, more than any other source.

Residential solar installations in the third quarter saw a 43 percent increase over last year and 16 percent from last quarter, at 1.57 GW. Of the total residential installations, 36 percent were in California.

The report predicted a 37 percent increase in the residential solar market for this year, while it was anticipated that commercial and community solar installations would decrease.

Restrictions on the supply chain were expected to continue until the second half of 2023, frustrating the goals of the IRA.

Since the implementation of the Uyghur Forced Labor Protection Act (UFLPA) in June, more than 1,000 solar energy import shipments have accumulated at U.S. ports, Reuters reported.

“Wood Mackenzie expects the industry to remain supply-constrained through at least the second half of next year. Equipment importers are still contending with detainments as they seek to provide the documentation needed for compliance with the Uyghur Forced Labor Prevention Act,” the report said.

Manufacturers have stopped making new shipments for fear they will be taken, reported Reuters. Before import goods are allowed to be cleared, sourcing documentation is required back to the raw material, as required by the UFLPA.

“Installations this year were significantly depressed due to supply chain constraints,” said principal analyst and lead author of the report Michelle Davis in the press release. “It has proven more difficult and time-consuming to provide the proper evidence to comply with the UFLPA, further delaying equipment delivery to the U.S.”

The solar industry is projected to bounce back next year.

“After 2022, we expect the solar industry to return to growth. In 2023, some projects that were delayed this year should obtain module supply and come online. And by 2024, the real impacts of the IRA will begin to come to fruition. From 2023-2027, Wood Mackenzie forecasts 21% average annual growth across all solar segments,” the report said.