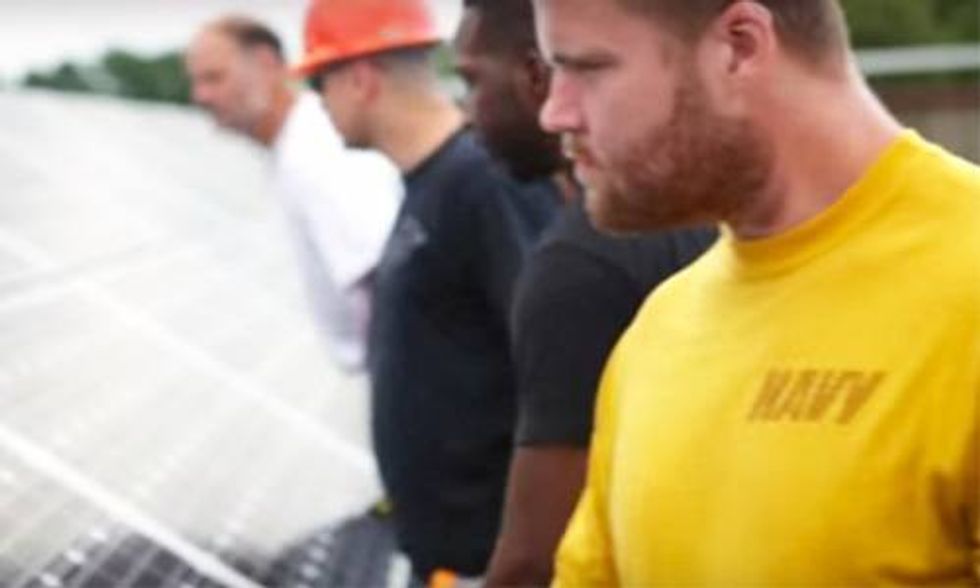 When I was 17, I decided to join the U.S. Army. As the eldest son of a veteran, the decision was easy. My father served and I wanted to live up to that calling too.

This photo of my father, Harold Scott, was taken in the '80s while he was stationed at Fort Stewart in Georgia. This is juxtaposed with a photo of me and my sisters Alishia (left) and Laconia (right) that was taken in 2000 on the day I graduated from bootcamp at Fort Jackson in South Carolina. Photo credit: Antuan Scott

I joined as an Army Reservist, where I would report for duty one weekend a month and train for two weeks out of the year. It was a small price to pay for the benefits that serving brought me.

Serving in the military gives you great pride because of the values you work to uphold every single day. Despite how divided the country may seem at times, soldiers are called to protect every citizen, regardless of background, race and status.

In the military, people you may not agree with become your brother or sister. This common mission is what I loved most about being in the military. Complete strangers became instant family over the common bond of serving the country.

Being a part of the solar industry reminds me of serving in the military because of the higher purpose behind the day-to-day.

At Solar Energy Industries Association (SEIA), everyone serves their specific functions. Whether it’s recruiting new members to join the association—like I do—or lobbying Capitol Hill, we all work for the same cause: to expand the affordability, reliability and adoption of solar energy.

The solar industry is committed to becoming the most diverse energy sector in the nation, as Americans from all walks of life take advantage of the benefits of solar and its cascading price tag. Solar already employs a higher percentage rate of veterans than the total U.S. workforce, but the industry upped the ante this spring by committing to having 50,000 U.S. veterans working in solar by 2020.

As a veteran who has spent time away from his family, my thoughts and sincerest gratitude are with my comrades, especially those who were called and paid the ultimate price.