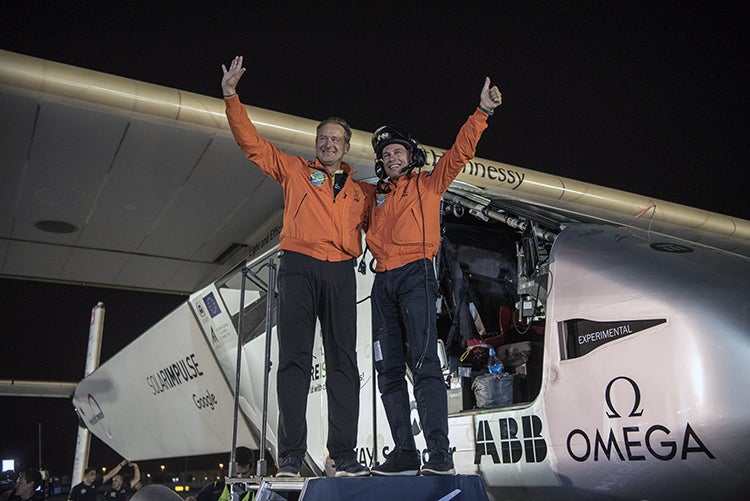 Solar Impulse 2, a solar-powered airplane, finished its historic trip around the world, which started back in March 2015. The plane landed in Abu Dhabi early Tuesday. 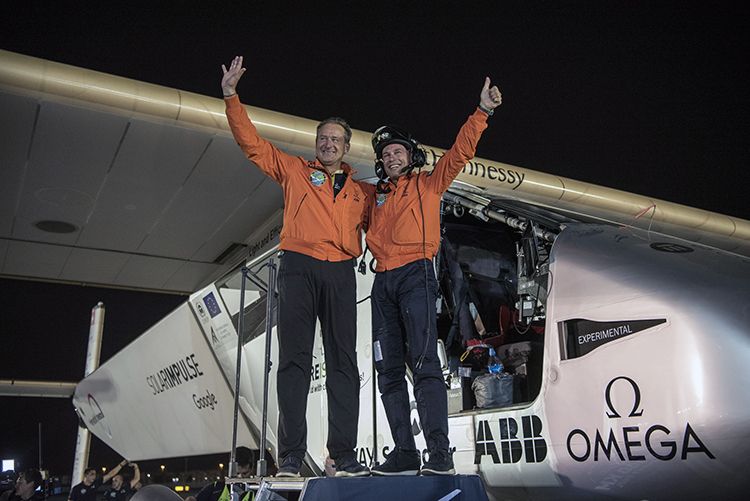 Solar Impulse traveled around the world, breaking the journey down into 17 legs, spending a total of 23 days in the air. The plane, powered by 17,000 solar cells, traveled 42,000 kilometers (about 26,100 miles) in a little more than a year. Its trip across the Atlantic Ocean from New York City to Seville, Spain, alone took approximately 90 hours to complete, traveling at 140 km/h (about 87 mph). The plane’s longest trip was from Japan to Hawaii, which lasted almost five days. 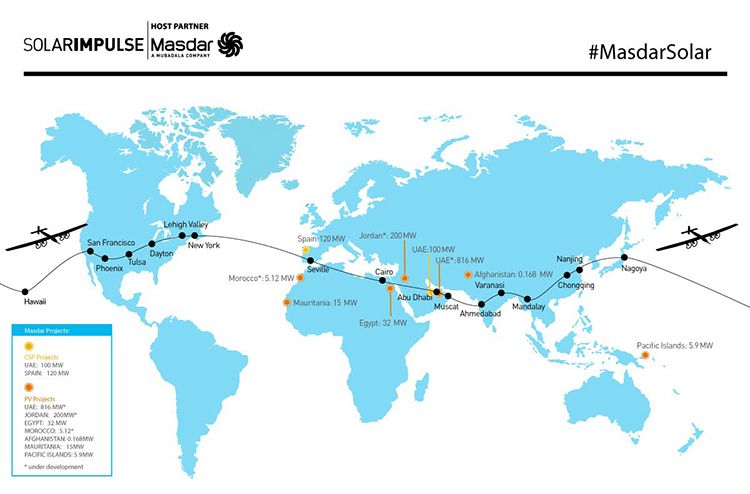 Bertrand Piccard and André Borschberg alternated piloting the solar-powered plane. On the ground, they were helped by a team of 30 engineers, 25 technicians and 22 navigation controllers.

BREAKING: we flew 40'000km without fuel. It's a first for energy, take it further! #futureisclean pic.twitter.com/JCvKTDBVZx

“If we want a good quality of life today, we have to turn to clean technology and renewable energies,” Piccard said.

“If governments had the courage to promote clean technologies on a massive scale, our society could simultaneously reduce its dependence on fossil fuels, create jobs and stimulate sustainable growth.”

Piccard and Borschberg never had a shortage of views during their trip. Solar Impulse 2 was subject to amazing views, clean energy innovations and some of the world’s most challenging problems, including the Great Pacific Garbage Patch.

It took 13 years to achieve Solar Impulse’s historic journey, but now the group is moving on to other projects such as establishing the International Committee of Clean Technology (ICCT). Piccard and Borschberg created the ICCT to “continue the legacy Solar Impulse started, promoting concrete energy efficient solutions in order to solve many of the challenges facing society today.”

Already 400 organizations have joined forces to help the ICCT achieve its goals. Notable patrons include H.S.H. Prince Albert II of Monaco, Richard Branson and Kofi Annan, who have already dedicated their work to the environment and clean energy sources. Patrons will advise governments and corporations on how to use clean technology.

“The International Committee of Clean Technologies is a fantastic opportunity to bring together a group of experts, with diverse experiences and backgrounds, to speak in one voice and leverage the efforts needed to bring change and influence global decision makers in the areas of clean technologies and renewable energy,” Borschberg said. 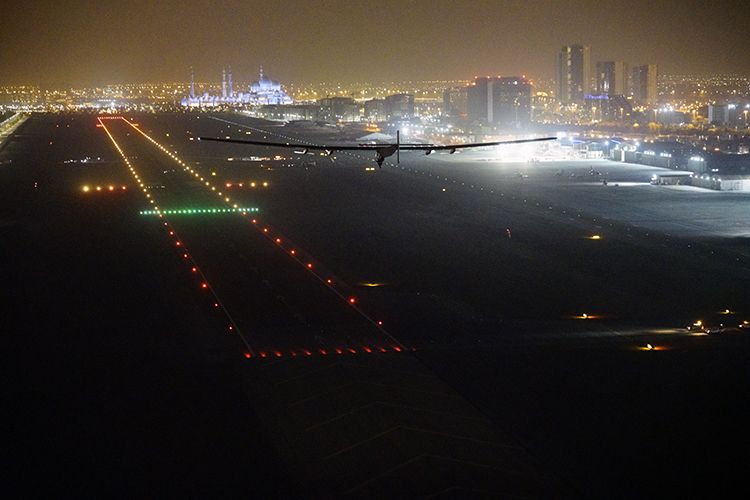 On July 11, Borschberg also predicted the world will soon see solar drones in the stratosphere, inspired by Solar Impulse’s achievements.

“Solar Impulse is of course very well positioned to contribute to the next generation of unmanned solar airplanes,” he said. “When considering technological progress today, these unmanned aircrafts will be able to fly much higher than they can today, avoiding air traffic and bad weather. They will be able to fly in extremely low air density and remain in the air both day and night, essentially taking over the need for satellites in a cheaper and more sustainable way. Parallel to SpaceX and Blue Origin, they could be brought down from the stratosphere to perform repairs and upgrades.”

Borschberg mentioned that Solar Impulse may take flight again in different parts of the world to spread its message about clean technology. 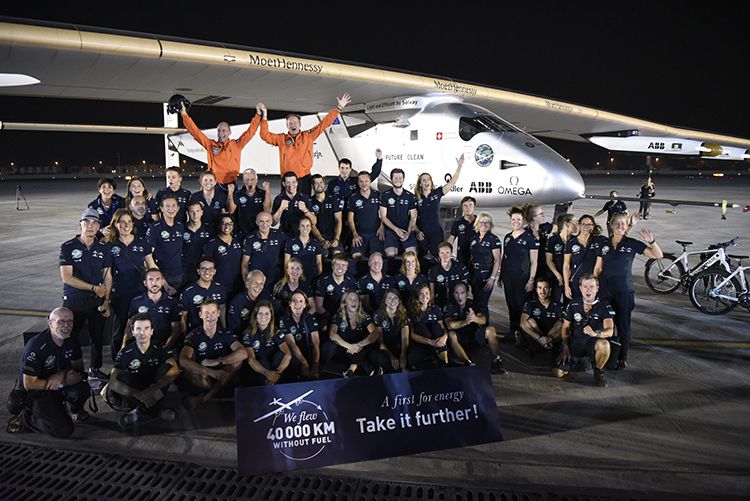 The Solar Impulse team in Abu Dhabi after a successful landing, ending an historic trip around the world.Photo credit: Solar Impulse, Flickr

But for now, the pilots can revel in their completion of an historic trip around the world.