2 of the World’s Most Innovative Solar Projects Cross Paths 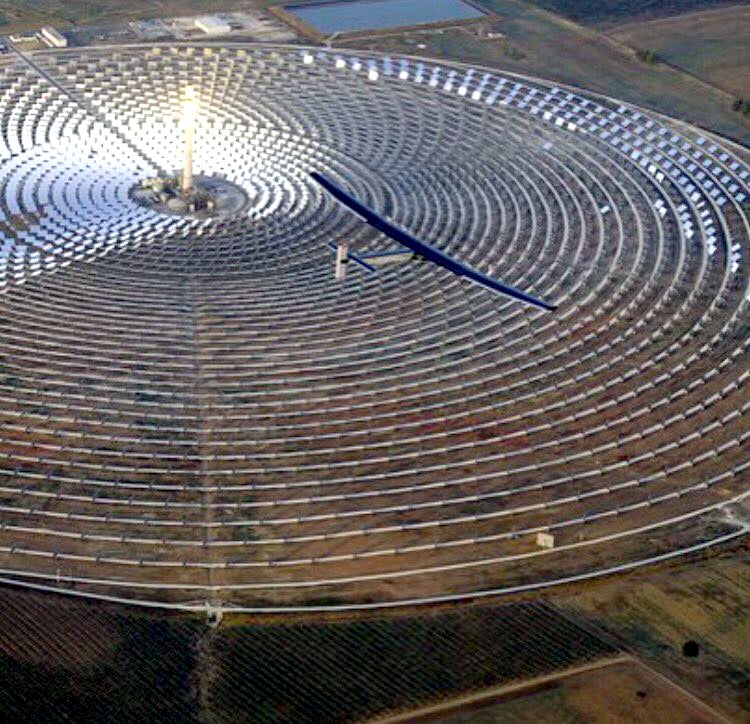 Solar Impulse 2, a solar-powered plane that made a historic 90-hour journey across the Atlantic from New York to Seville in June, is now making its way to Cairo.

After the plane’s stop in Cairo, it will make its way back to Abu Dhabi to complete its trip around the world. André Borschberg is piloting this leg of the flight, which took off from Seville at 4:20 a.m. local time (11:30 p.m. on July 10 EDT).

Shortly after takeoff, Borschberg and Solar Impulse 2 flew over the Gemasolar Thermosolar Plant, a joint venture between Masdar and Sener.

“A key misconception about solar energy is that it is only viable during daylight hours,” Masdar CEO Mohamed Jameel Al Ramahi said. “Yet we have just witnessed a solar-powered aircraft capable of flying day and night soar directly over the first plant of its kind to produce reliable electricity day and night. This moment is a powerful symbol of the potential of solar energy and clean technologies to power a sustainable future, whether or not the sun is shining.”

The Gemasolar Thermosolar Plant covers 185 hectares and generates 110 gigawatt hours per year. Energy produced by the plant is capable of powering 25,000 homes. The plant also offsets up to 30,000 tonnes of carbon emissions annually.

SolarReserve has a similar project in Tonopah, Nevada—Crescent Dunes. The solar plant produces energy for 75,000 homes even when the sun isn’t shining.