Turning Solar Sites Into Pollinator-Friendly Habitats Is the Sweetest Idea 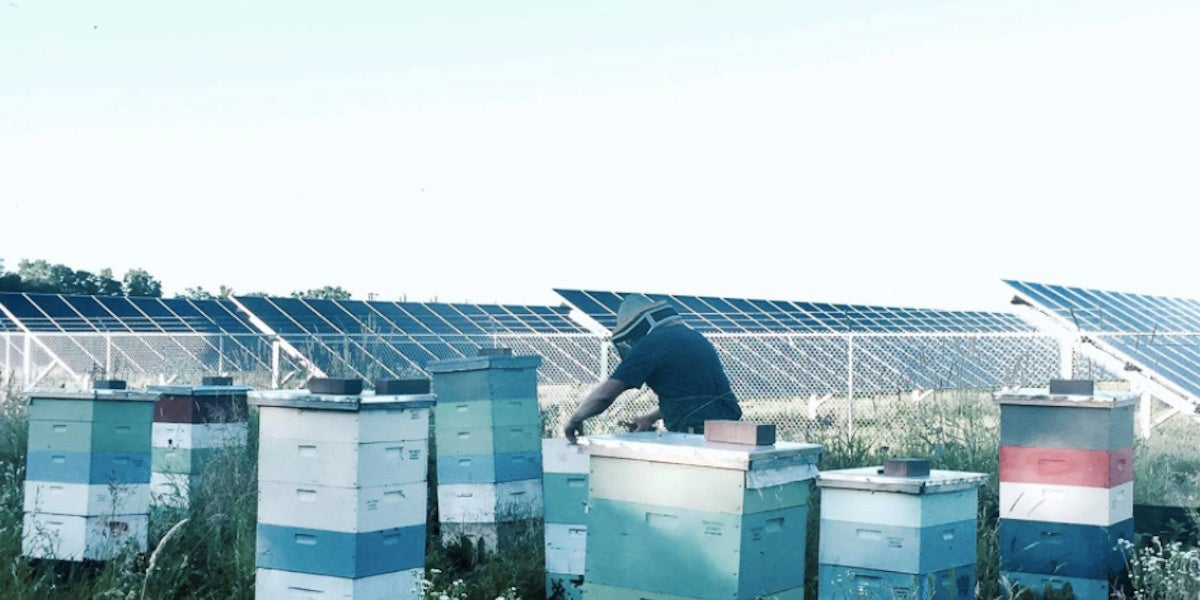 A married couple in Minnesota found a genius use for the swaths of land occupied by
solar systems—coupling them as pollinator-friendly habitats.

Travis and Chiara Bolton of St. Paul-based Bolton Bees partner with solar companies to host commercial bee operations. So far, the Boltons have established hives at
Connexus Energy, the largest customer-owned power company in Minnesota, and at solar facilities in Farmington and Scandia owned by NRG Energy.

About 3,600 pounds of the first “Solar Honey” harvest has already been extracted from the three sites,
Modern Farmer reported, with more honey to come in October. Bolton Bees is also looking into opening apiaries at solar sites in Wisconsin, Iowa and Illinois.

The couple even trademarked the name “Solar Honey” and license it to other beekeepers, food producers and energy companies that agree to follow certain production standards.

“We hope that this model can be replicated throughout the nation,” Travis Bolton told Modern Farmer.

The worldwide boom in solar energy has occurred simultaneously with the alarming rate of honeybee deaths. U.S. beekeepers lost 44 percent of their honey bee colonies from April 2015 to April 2016.

But this initiative from Bolton Bees is a win-win for both the environment and our precious pollinators alike.

“We have been humbled with all of the interest in the work that we have been doing,” the company wrote on Facebook over the weekend. “We strongly believe in this collaboration. It is utilizing the land underneath solar panels—instead of just having gravel or cheap turf grass. Solar Energy is cheap, and being installed rapidly throughout the nation. The land should be used to plant healthy habitat for pollinators.”