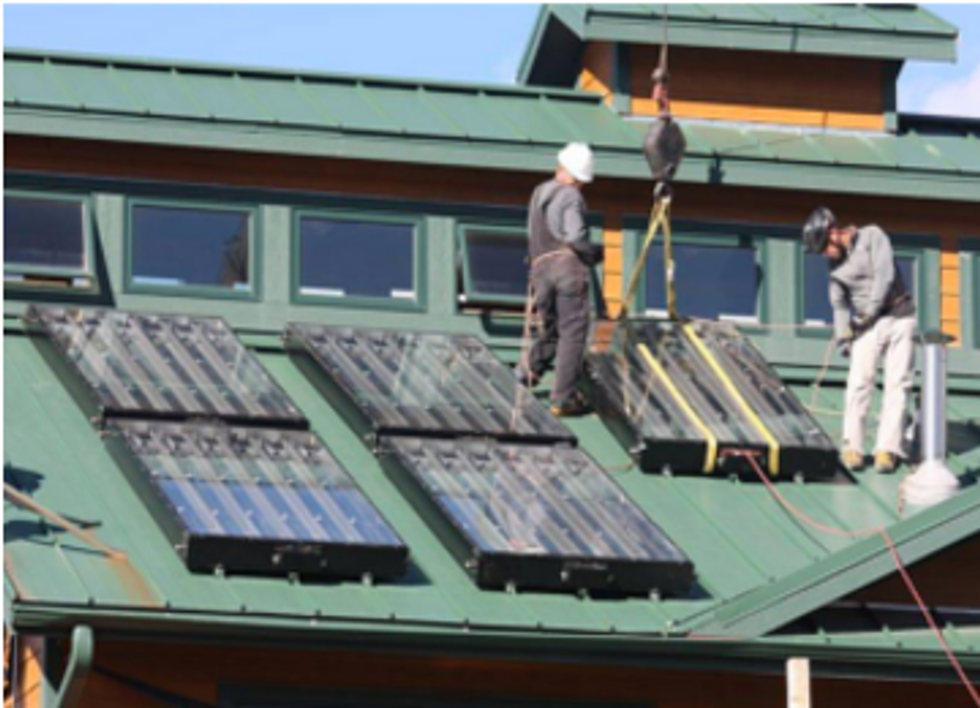 The Solar Energy Industries Association (SEIA) believes the nation could save $61 billion in energy costs by 2050, creating 50,250 jobs along the way.

The Solar Energy Industries Association released a comprehensive new report this month outlining ways to create 50,250 new American jobs and save more than $61 billion in future energy costs by expanding the use of innovative and cost-effective solar heating and cooling systems across the nation. Photo credit: SunTrac Solar

The U.S. could achieve those goals by vastly expanding the solar heating and cooling capacity (SHC) across the country, according to a SEIA report, Solar Heating & Cooling: Energy for a Secure Future, released this month. Installing 100 million new SHC panels nationwide would increase SHC capacity from nine gigawatts (GW) to 300 GW in the next 37 years, according to the report prepared by Boston-based BEAM Engineering.

The country's nine GW of SHC capacity ranks it just 36th in the world, relative to its population.

The residents of 115 million U.S. homes consume about $266 billion of energy each year, with 72 percent of it related to water heating, space heating and space cooling. That's enough to put 10 million people through college, the report estimates.

SHC expansion would positively impact the country by:

“Part of our challenge is to do a better job of educating policymakers—at both the state and federal level—about the enormous benefits SHC provides to American consumers and businesses, as well as to the U.S. economy,” SEIA President and CEO Rhone Resch said. “If we’re successful, the payoff will be enormous in terms of future job creation and energy savings.”

Residential SHC systems can cost $6,000 to $10,000, while commercial and industrial systems can run from $20,000 to $100,000. The report estimates that the payback period can be as little as four years, depending on application, location and financial incentives.

A roadmap and statement from Resch calls for  long-term policies and financial incentives to make the expansion work.

SEIA is optimistic about policymakers getting on the same page, stating that Democrats, Republicans and Independents support solar energy by counts of 94, 75 and 89 percent, respectively.

“Without question, this plan will benefit both our economy and our environment,” Pilgaard said.