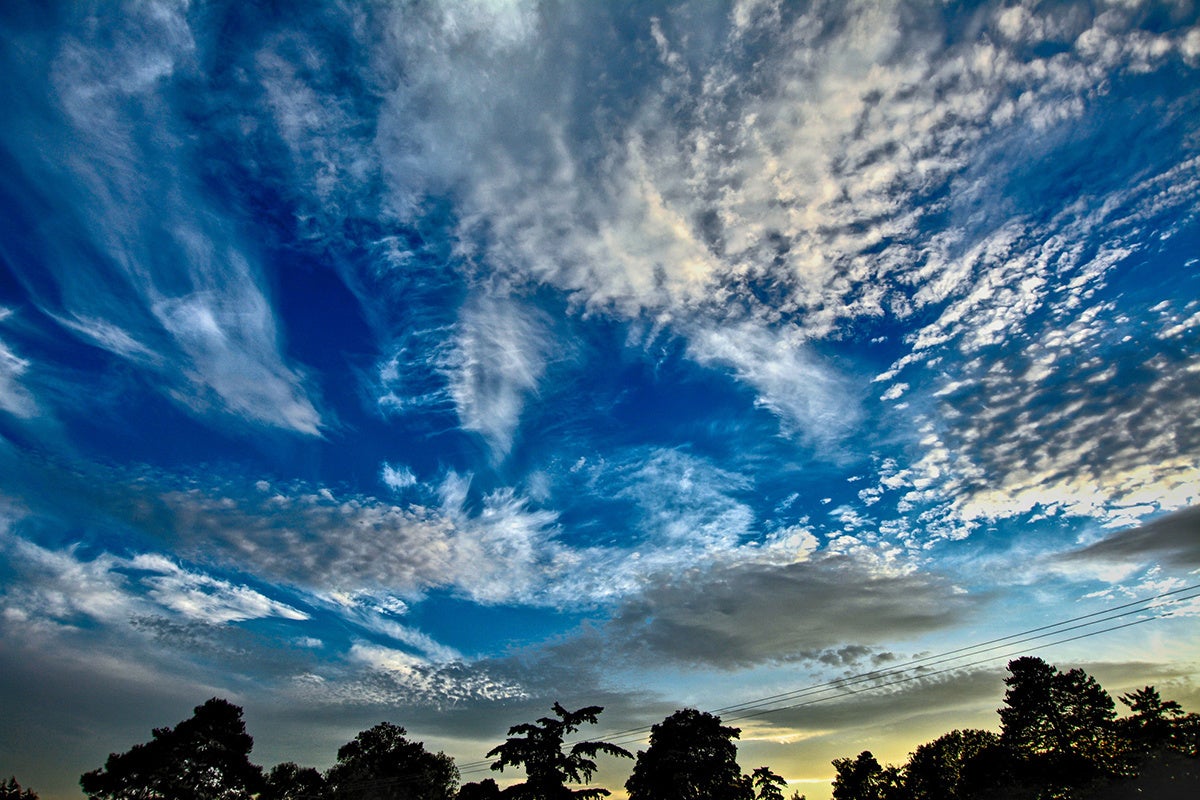 Solar geoengineering, or “solar radiation management” (SRM), is perhaps the most controversial of the different ways of limiting human-caused climate change.

A commonly voiced objection to the technique is the risk of “termination shock”—the rapid rebounding of global temperatures if SRM is deployed and then suddenly stopped.

But a new research article, published in Earth’s Future, argues that this risk has been “significantly overestimated.” There are numerous ways to prevent termination shock from occurring, the researchers say, and also to ensure that an SRM program is resilient to physical, political or economic interruptions in the first place.

However, despite their findings, the best way to protect against termination shock is “to cut CO2 emissions rapidly so that SRM is not needed for managing climate risk,” the lead author told Carbon Brief.

SRM describes an array of methods—all of which remain hypothetical—for artificially reducing how much sunlight reaches the earth’s surface in order to dampen global warming. These include “seeding” clouds, spraying aerosols into the atmosphere, or blocking sunlight with mirrors in space.

Implementing SRM would require overcoming a series of technical, political and ethical challenges, which have been the subject of robust debate for some time. Just last year, SRM was one of the main topics under discussion at a four-day conference in Berlin.

One of the potential risks of implementing SRM is “termination shock.” This could happen because SRM masks the warming caused by greenhouse gases rather than reducing the concentration of gases in the atmosphere. In effect, it is treating the symptoms of climate change rather than curing the underlying condition.

A study from earlier this year found that the rate of change in temperature after terminating SRM could be as much as four times larger than those caused by climate change itself. This would likely leave many species unable to cope with the sharp change in conditions.

But the researchers behind the new paper feel that termination shock is often given as a reason not to try SRM without giving proper consideration to what the term actually means. Andrew Parker, lead author and honorary senior research fellow at the University of Bristol, explained to Carbon Brief:

There are several ways in which termination shock could be avoided, the researchers argue in their paper.

First, SRM could be employed to offset just a portion of human-caused warming. The paper suggests that a cooling impact of around “a few tenths of a degree” could be stopped suddenly without risking termination shock. Considering the difference in potential impacts between 1.5°C and 2°C of warming, using SRM for a relatively small reduction in temperatures would still have clear benefits, the paper notes.

And third, if SRM was interrupted, there would be a window of “a few months” to restart it before an appreciable rise in temperatures would occur. For example, aerosols already released into the stratosphere would continue to have an effect, the researchers say, and it would take the earth system a while to readjust to any change.

Co-author Dr. Peter Irvine, a postdoctoral research fellow at the Harvard John A. Paulson School of Engineering and Applied Sciences, explains more in the video below:

The risk of termination shock is also affected by what causes an SRM program to end suddenly, the authors say.

The study focuses on one proposed type of SRM, known as a “stratospheric aerosol injection,” which involves sending up substances to the stratosphere that are known to have a cooling effect on the climate.

Using high-flying jets has been judged a “feasible” way of doing this, the researchers say. And based on estimates from other studies, the researchers assume implementing SRM on a large scale would cost an initial outlay of $50 billion and then $12.5 billion a year to deploy.

Aerosols have a limited lifetime in the stratosphere and would need to be released at regular time intervals in order to be effective. The researchers looked at what might cause an SRM program to be interrupted.

There are two main reasons why an SRM program would be terminated early, the paper suggests: because something forced it to stop, or because people made a decision to stop it.

The former might include a terrorist attack (either physical or cyber) or some sort of catastrophe (either natural, economic or political). The latter could be caused by a change of political will, or if SRM was causing unintended impacts that resulted in calls for it to be stopped.

The researchers ran through all these scenarios, plotting out how they might result in termination of an SRM program. Their results suggest that “people had been underestimating how robust an SRM system could be and, thus, overestimating the risks that it could suddenly be terminated,” said Parker.

“Some things that people had been assuming could disable an SRM system—such as terrorist attacks or political demands—would probably not be able to do so unless the system was terribly designed. In fact, a well-designed system should be able to withstand most suggested events that might cause termination shock.”

A well-designed system would include, for example, maintaining backup infrastructure—such as additional airfields and jets for releasing aerosols into the stratosphere, said Parker. This should be “easy” to do, the paper argues. Similarly, if multiple countries around the world were capable of deploying SRM, the system would be “resilient against all but the most disastrous of global calamities.”

Making sure that deployment of SRM is legitimately and widely agreed would also help prevent political grievances, Parker added.

The new paper identifies an important gap in the SRM discussion, said Dr. Ben Kravitz, a climate scientist focusing on climate feedbacks and geoengineering at the Pacific Northwest National Laboratory in Washington, who was not involved. He told Carbon Brief:

“One extreme [of termination shock] is a lot of geoengineering, abruptly ceased, permanently. But what does that middle ground look like? At what point does phasing out geoengineering look like a ‘shock’? I think this is an important thing to look at and quantify, and I’m glad the authors took the first steps toward doing that.”

The paper is a “welcome input into the overall debate” on SRM, added Janos Pasztor, executive director of the Carnegie Climate Geoengineering Governance Initiative (C2G2) and former assistant UN secretary-general.

But while it might be “easy” to build the physical systems needed to backup an SRM programme, organizing how it might be governed is not so straightforward, said Pasztor:

“Some say stratospheric aerosol injection systems are ungovernable. I don’t believe that is the case, but it will be challenging. So many different voices will need to be heard. Creating global consensus for deciding whether or not to use and then, if yes, how to make it happen—including how to minimize termination risks—will be a massive undertaking.”

For example, one gap in the paper is what happens if one group goes ahead with SRM without international agreement, noted Dr. Anthony Jones, an associate research fellow at the University of Exeter, who led a recent study on the regional impacts of SRM. He told Carbon Brief:

“One issue the paper doesn’t cover is the consequences of a group of countries or a single country deciding to implement solar geoengineering without global consent and participation, which would increase the risk of early termination. Although international opposition would make unilateral deployment unlikely, it is still a scenario worth discussing.”

The policy options put forward in the paper do not require decision-makers to “behave with perfect rationality,” the authors note, but that they “must just avoid wanton irrationality.“

Although this may seem reasonable, said professor Alan Robock of Rutgers University, “unreasonable policy decisions are made all the time.” He asked: “Can we count on future political actors to be reasonable?”

It is also worth remembering that the potential for termination shock is just one of many other potential risks and concerns with SRM, he told Carbon Brief:

“Even if termination shock were less likely, there are still many reasons why SRM would not be a robust policy option.”

That said, Robock “completely agrees” with the last paragraph of the paper, which argues that the solution to global warming is mitigation and adaptation so that SRM is not necessary in the first place:

“Our final conclusion is the most obvious and important. The best way to avoid termination would be to avoid a situation where a large amount of SRM would be needed to reduce committed climate risks. Strong action on mitigation would reduce the amount of SRM necessary to maintain a stable global temperature.

The development of safe and scalable CO2 removal techniques could reduce the cooling needed from SRM after deployment, and strong adaptation investment would reduce the suffering from the residual climate impacts to which Earth is already committed.”