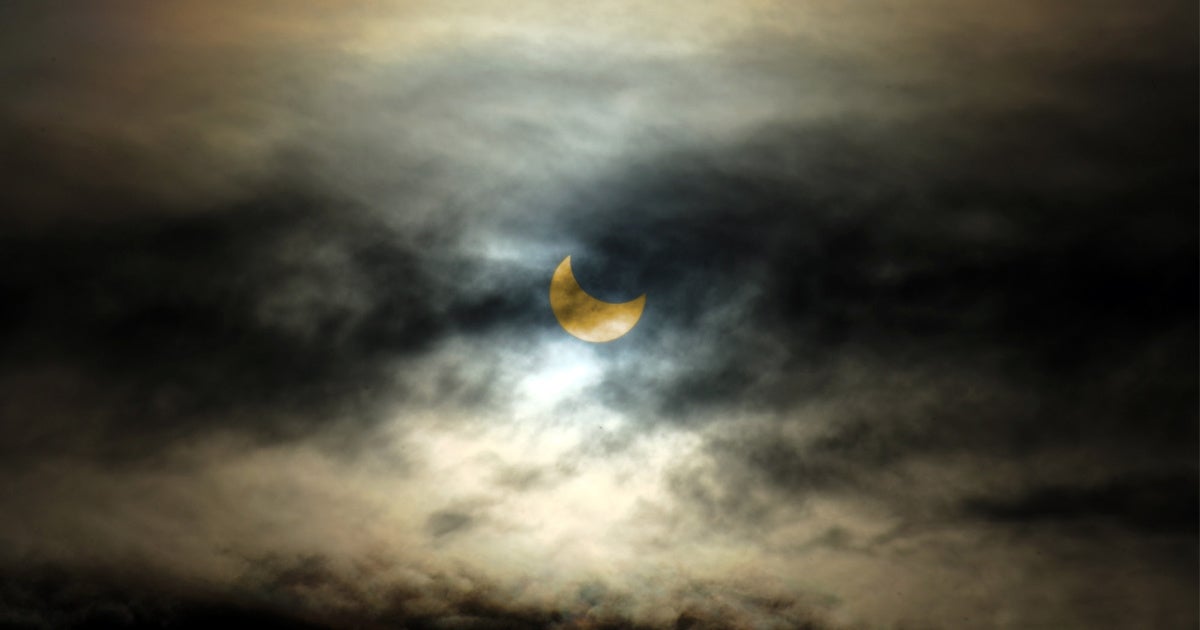 These research efforts, which could take shape as soon as the first half of 2019, fall under the banner of a geoengineering technology known as solar radiation management, which is sometimes called “sun dimming.”

However, less than two weeks after the announcement, the climate science and policy institute Climate Analytics took aim at these ambitions in a new briefing titled “Why geoengineering is not a solution to the climate problem,” which goes as far as recommending a global ban on solar geoengineering.

The group’s briefing warns about the dangers of proceeding with solar radiation management (SRM) in particular.

The basic idea behind SRM is to release particles into the earth’s stratosphere, the atmospheric layer approximately 6–30 miles above the surface, where they would then reflect some of the sun’s light (and heat) away from Earth, resulting in atmospheric cooling.

Harvard’s scientists working on this concept point to the particles released by volcanic eruptions as real-world examples of how it might work. One such example is the 1991 eruption of Mount Pinatubo in the Philippines, an event which released large amounts of sulfur dioxide into the stratosphere.

According to NASA, after Mount Pinatubo’s eruption, “Over the course of the next two years strong stratospheric winds spread these aerosol particles around the globe,” which led to a temporary global cooling of about 1° Fahrenheit over the following 15 months. The Harvard team plans to investigate calcium carbonate, a common calcium supplement and antacid, as a potential particle to use instead of sulfur dioxide. 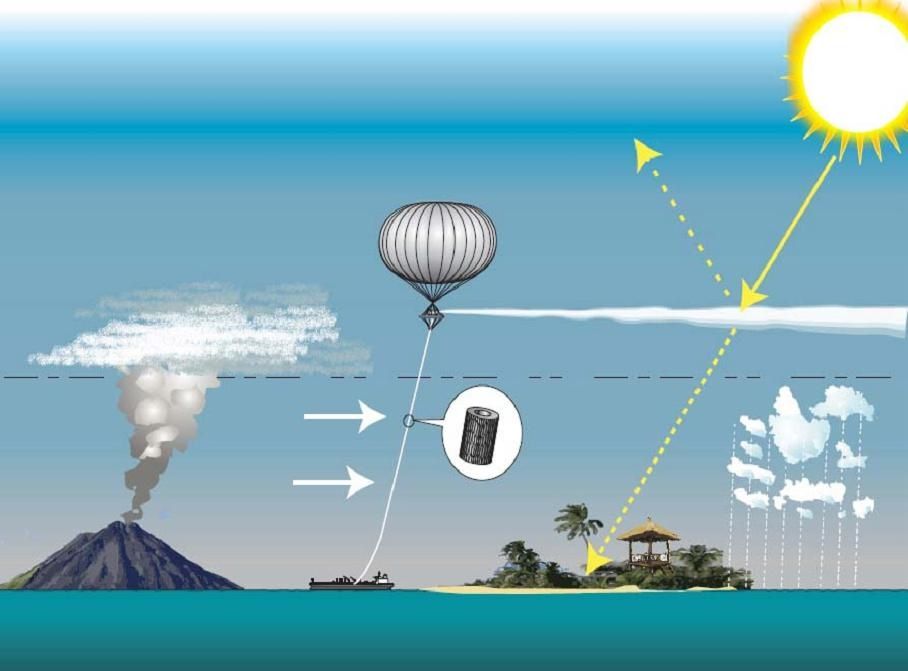 Despite this parallel, why is Climate Analytics warning against solar radiation management? For a long list of reasons, including the potential for some pretty disastrous consequences.

Earth’s climate is warming because humans are pumping large amounts of greenhouse gases into the atmosphere, with carbon dioxide from fossil fuel-burning topping that list. As Climate Analytics notes, solar radiation management “does not address the drivers of human-induced climate change.” Instead, the briefing says, this geoengineering approach “would mask warming temporarily” in a best-case scenario, while representing a fundamental and “potentially dangerous” threat to the earth’s basic climate operations.

As Mt. Pinatubo’s eruption showed, the basic concept behind the Harvard team’s proposal certainly has the potential to cool the planet, but Climate Analytics notes the many sizable and unique risks to attempting solar radiation management on a long-term, global scale.

Critics of solar radiation management—and there are many—note that one of the biggest risks of this approach is that it becomes a distraction from the primary goal of decarbonizing the global economy in order to address the root cause of climate change.

A recent in-depth piece from In These Times quotes a document from the group Hands Off Mother Earth, which opposes solar geoengineering:

“Geoengineering perpetuates the false belief that today’s unjust, ecologically, and socially devastating industrial model of production and consumption cannot be changed and that we therefore need techno-fixes to tame its effects.”

Even David Keith, one of the Harvard scientists working on solar radiation management, shares the concern that this work could distract from the required efforts to reduce global carbon emissions.

“One of the main concerns I and everyone involved in this have, is that Trump might tweet ‘geoengineering solves everything — we don’t have to bother about emissions.’ That would break the slow-moving agreement among many environmental groups that sound research in this field makes sense,” Keith said in 2017, according to The Guardian.

After scientists’ recent announcement of a very short timeline for the world to drastically cut carbon emissions, some are viewing solar radiation management as a way to allow for continued fossil fuel use while hoping for “techno-fixes” to avert global catastrophe.

In a world where even predicting the weather is more difficult due to climate change, it isn’t hard to fathom that changing the global climate quickly could have many unknown consequences. But as Climate Analytics points out, there are plenty of known risks and concerns surrounding solar radiation management, including the following:

Weather System Changes: According to the Climate Analytics briefing: “Solar radiation management would alter the global hydrological cycle,” which means changes to global weather patterns, including monsoon activity. Tweaking monsoon activity may not bode well for many people around the world. “These [monsoon] rains not only play a vital role in food security and exports, but also provide essential water for the very large, and often already vulnerable, populations,” states the briefing.

Ocean Acidification: Another negative impact of increased atmospheric carbon dioxide is the acidification of the oceans. Reflecting away sunlight does nothing to address this problem fundamentally caused by excess carbon dioxide.

Global Agriculture: While increasing atmospheric carbon dioxide concentrations can be beneficial up to a point for some plants, that benefit likely would be canceled out by the reduction in actual sunlight reaching plant life, which is necessary for photosynthesis.

While purposefully altering the global atmosphere would be an unprecedented project in both scale and impact, the endeavor actually would not cost very much and could be done unilaterally by one country. Solar radiation management would likely affect different parts of the world in different ways, some positively and some negatively.

The Climate Analytics briefing highlights this potential: “SRM will strongly alter the climate system producing ‘winners’ and ‘losers’ in different regions and with different levels of deployment. It could therefore become a source of massive conflict between nations.”

This potential for geopolitical conflict is one reason Climate Analytics is calling for a global ban on solar radiation management.

Another reason is because the group views the approach as a grand form of “kicking the can”—that is, the can leaking too many greenhouse gases—down the road. And once solar radiation management is deployed on a global scale, it has to continue even in the event of grave consequences because stopping the program would induce something known as “termination shock.”

Climate Analytics predicts that termination shock—the result of stopping an SRM program once begun—would result in “very rapid and large-scale planetary warming” that could occur “on a timescale of months.”

With Harvard leading solar geoengineering field tests and the long-term support of people such as Microsoft billionaire Bill Gates, the idea that “techno-fixes” will save the planet from climate catastrophe isn’t going away. Especially with major media outlets such as CNN running headlines suggesting these approaches could be “the answer to global warming.”

The answer to global warming has been around for more than fifty years. The head of the American Petroleum Institute spelled out part of this solution at an industry conference in 1965 in which he said, “There is still time to save the world’s peoples from the catastrophic consequence of pollution, but time is running out.”

The solution he acknowledged then was “an alternative nonpolluting means of powering automobiles, buses, and trucks.”

While the world has far less time to act than in 1965, the solution to global warming remains more of a political challenge than a technological one.