How Solar Farms in Space Might Beam Electricity to Earth 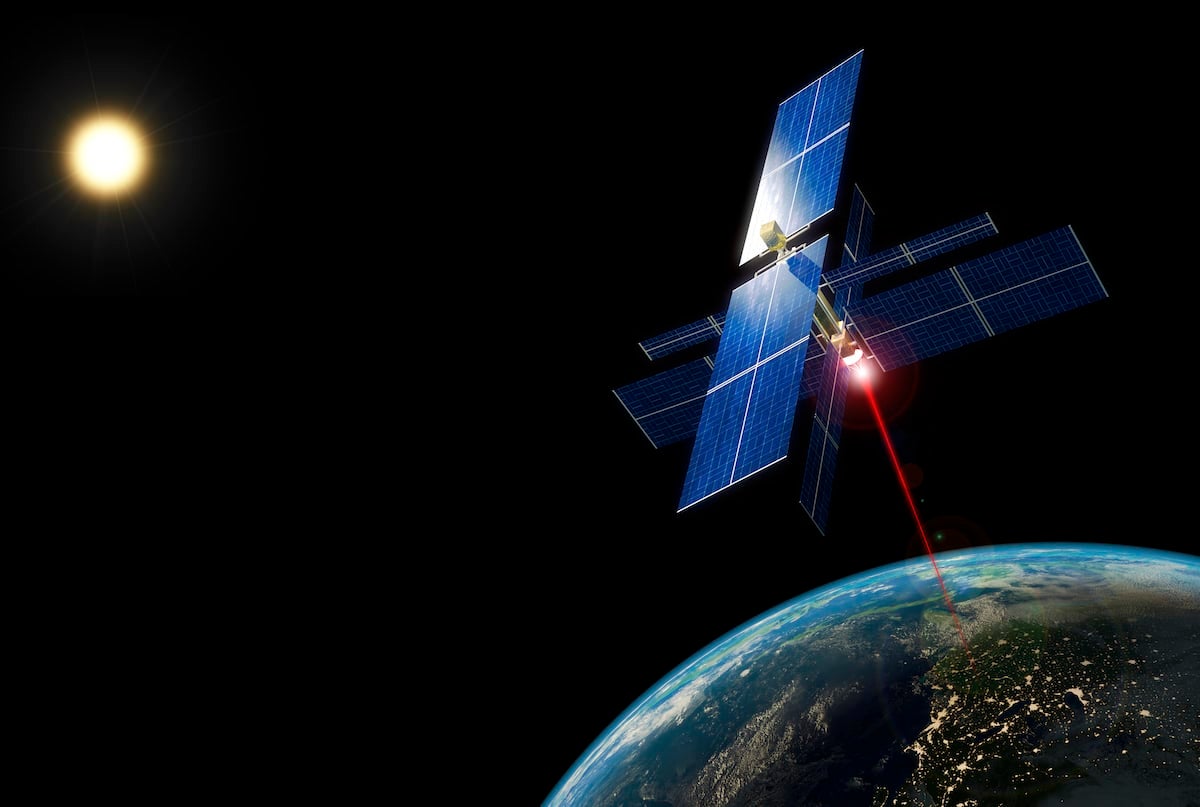 With the energy crisis in Europe and the worst impacts of global warming looming if the world doesn’t move away from fossil fuels quickly, an almost limitless source of renewable energy couldn’t come soon enough.

There is an almost unbelievable potential solution in the form of solar energy harvested from space. A plan by the European Space Agency (ESA) to harvest energy from the sun and beam the solar energy back down to Earth is still in the testing phase, but the hope is to have a solar space farm that generates energy equal to that of a nuclear power plant, reported Euronews Green.

“[Such a project] would ensure that Europe becomes a key player — and potentially leader — in the international race towards scalable clean energy solutions for mitigating climate change,” a statement from the ESA said, as Euronews Green reported.

According to Space Energy Initiative (SEI) co-chairman Martin Soltau, harvesting solar energy from space could be implemented as early as 2035, reported BBC News.

Cassiopeia is a project by SEI that involves using large satellites to harvest solar energy while orbiting high above the Earth. Soltau said the power generated could be almost limitless.

“In theory it could supply all of the world’s energy in 2050,” Soltau said, according to BBC News. “A narrow strip around geostationary Earth orbit receives more than 100 times the amount of energy per year than all of humanity is forecast to use in 2050.”

Modules for the SEI satellites would be produced on Earth and assembled and maintained in space by robots.

After the satellites harvested the solar energy, it would be converted to radio waves and beamed back to Earth, where a “rectifying antenna” would convert them into electricity.

The satellites would be able to provide about two gigawatts of power each, around the same amount as a nuclear power station.

A solar panel in space is able to collect more energy than one on Earth, because it doesn’t have to contend with the atmospheric barrier.

Microwave beams have been shown to be safe and effective for humans and animals.

“The beam is microwave, so it’s just like the wi-fi that we have all the time, and it’s low-intensity, at about a quarter of the intensity of the midday Sun,” Soltau said, as BBC News reported.

A potential issue with SBSP is the cost and carbon dioxide produced by launching many of the solar panels into space, possibly hundreds of times, said thermodynamics lecturer at the University of Portsmouth Dr. Jovana Radulovic, who specializes in renewable energy systems.

However, a University of Strathclyde environmental analysis of Cassiopeia found that its carbon footprint, including launch, could be as low as 50 percent of land-based solar.

Soltau said the economics of the project have become more realistic thanks to some recent innovations, but SEI is hoping to get some private investment, as the UK government is only providing limited funding.

“I think with significant investment and focused effort into this area, there’s no reason why we couldn’t have the system up and running as smaller pilot projects in the foreseeable future,” Dr. Radulovic said, as reported by BBC News. “But something on a large scale — we are talking about kilometres of solar arrays — would take a substantially longer time.”