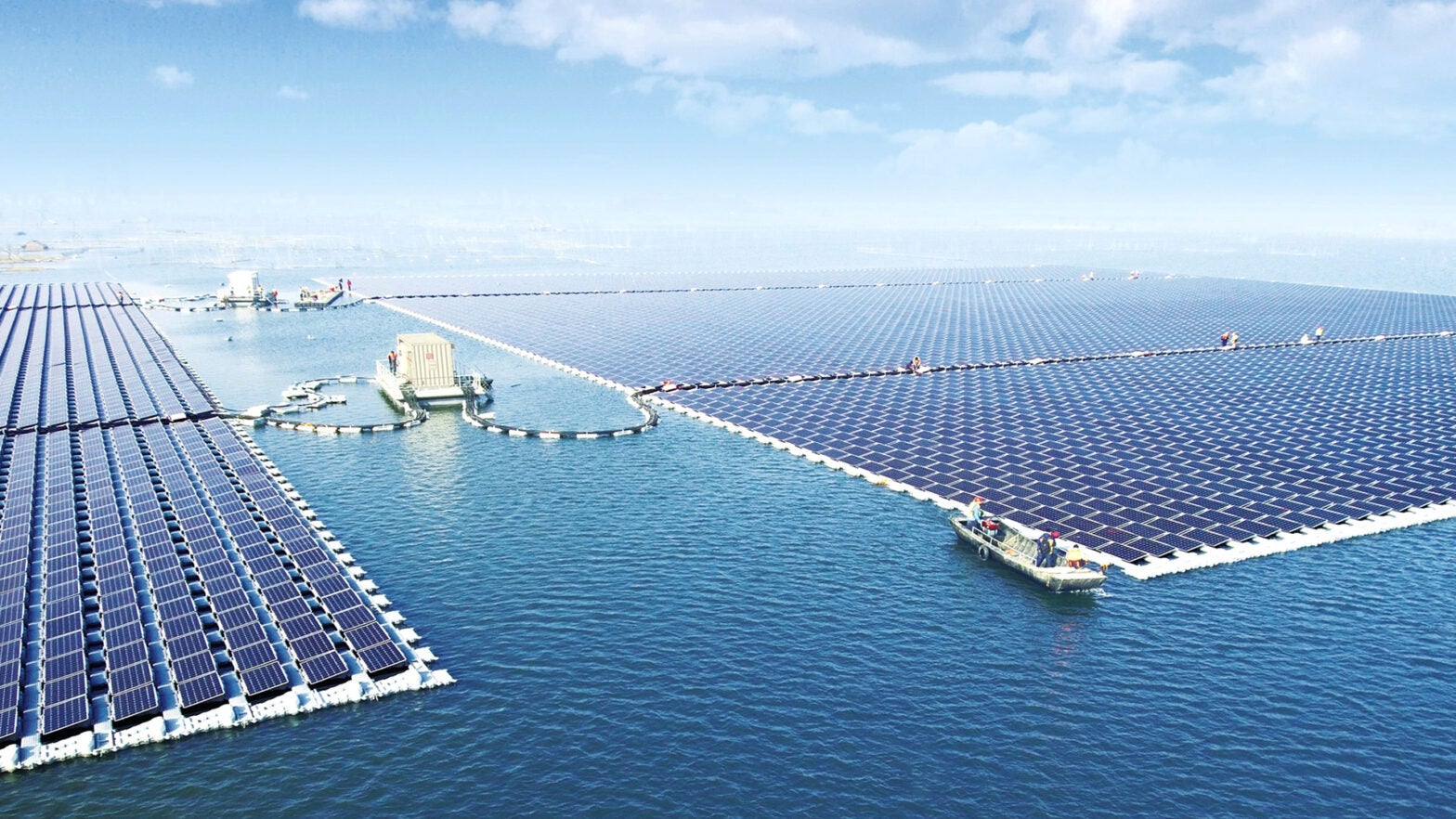 Coal power is getting buried in China—both literally and figuratively.

Earlier this week, a new floating solar farm went live in the Chinese city of Huainan above a retired coal mine, China Daily reported.

The mine was flooded with groundwater after it went out of service, and, rather than simply losing an energy source, the city decided to get another form of power out of the space.

Global Citizen campaigns on the Global Goals, one of which, Global Goal 13, encourages countries to adopt renewable energy sources. You can take action on these issues here.

The new solar farm generates 40 megawatts, which can power 15,000 homes for a year. That’s more than six times the second biggest active floating farm, which has a capacity of 6.3MW.

The project is part of China’s much broader strategy of investing in renewable energy. China has more solar capacity than any other country in the world and it intends to invest at least $361 billion in renewables by 2020.

After the U.S. pulled out of the Paris climate agreement earlier in the year, China doubled down on its commitments and made joint statements with other countries to encourage stronger climate action.

Floating solar farms are not as common as other forms of solar energy, but they have numerous advantages, according to the World Economic Forum.

They don’t take up space on land, their solar panels are more effective because water cools them down, and they can increase the amount of available drinking or irrigation water by limiting evaporation.

China still has a long way to go before it can be considered to have a sustainable economy.

China consumes nearly as much coal as the rest of the world combined. Even though the country is also the leader in “clean” coal plant construction, it’s hard to underestimate its scale of emissions and the harms caused to the environment as a result.

But the aggressive push to develop renewable technology shows that the country sees fossil fuels as a losing investment.

When all coal mines are transformed into solar farms, then China can rightfully claim the title of the leader in clean energy.