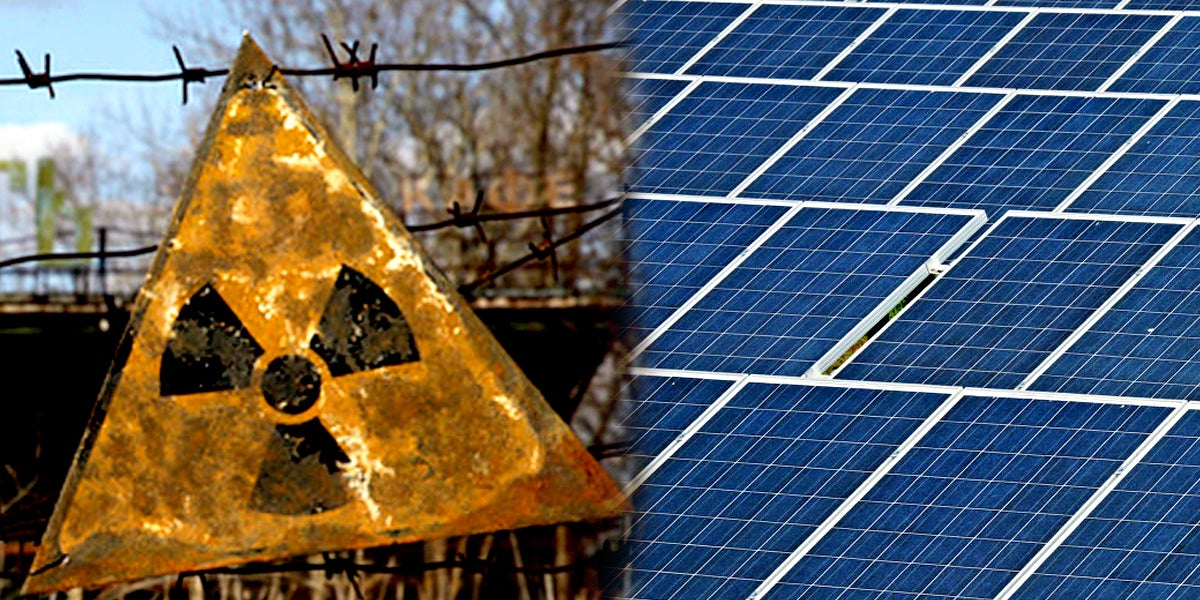 It was the worst nuclear accident in history, directly causing the deaths of 50 people, with at least an additional 4,000 fatalities believed to be caused by exposure to radiation.

The 1986 explosion at the Chernobyl power plant in Ukraine also resulted in vast areas of land being contaminated by nuclear fallout, with a 30-kilometer exclusion zone, which encompassed the town of Pripyat, being declared in the area round the facility. 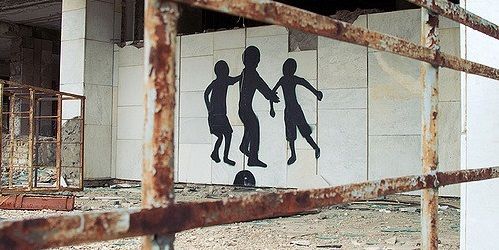 A building in the abandoned town of Pripyat, which sits inside the Chernobyl exclusion zone.Ryan Roberts / Flickr

Now two companies from China plan to build a one-gigawatt solar power plant on 2,500 hectares of land in the exclusion zone to the south of the Chernobyl plant.

Ukrainian officials say the companies estimate they will spend up to $1 billion on the project over the next two years.

A subsidiary of Golden Concord Holdings (GLC), one of China’s biggest renewable energy concerns, will supply and install solar panels at the site, while a subsidiary of the state-owned China National Machinery Corporation will build and run the plant.

“It is cheap land and abundant sunlight constitutes a solid foundation for the project,” said Ostap Semerak, Ukraine’s minister of environment and natural resources.

“In addition, the remaining electric transmission facilities are ready for reuse.”

In a press release, GLC state work on the solar plant will probably start this year and talk of the advantages of building the facility.

“There will be remarkable social benefits and economical ones as we try to renovate the once-damaged area with green and renewable energy,” said Shu Hua, chairman of the GLC subsidiary.

“We are glad that we are making joint efforts with Ukraine to rebuild the community for the local people.”

Radiation that escaped as a result of the explosion at Chernobyl reached as far away as the mountains and hills of Wales in the UK, and a substantial portion of the radioactive dust released fell on farmlands in Belarus, north of Ukraine.

Till now the exclusion zone, including the town of Pripyat, has been out of bounds for most people, with only limited farming activity permitted on lands that are still regarded as contaminated.

Many former residents of the area are allowed back only once or twice a year for visits—to their old homes or to tend their relatives’ graves. However, a growing number of tourists have been visiting the Chernobyl area recently.

There has also been renewed interest in Chernobyl due to recent major engineering work at the plant, with a new steel-clad sarcophagus—described as the largest movable land-based structure ever built—being wheeled into position over much of the structure, to prevent any further leaks of radiation.

As yet, neither the Ukrainians nor the Chinese have disclosed the safety measures that will be adopted during the construction of the solar plant.

Ecologists who have visited the exclusion zone around Chernobyl say that there is an abundance of wildlife in the area, with substantial populations of elk, deer, wild boar and wolves.

Other researchers say there is still evidence of contamination, with limited insect activity and disease in many smaller mammals.