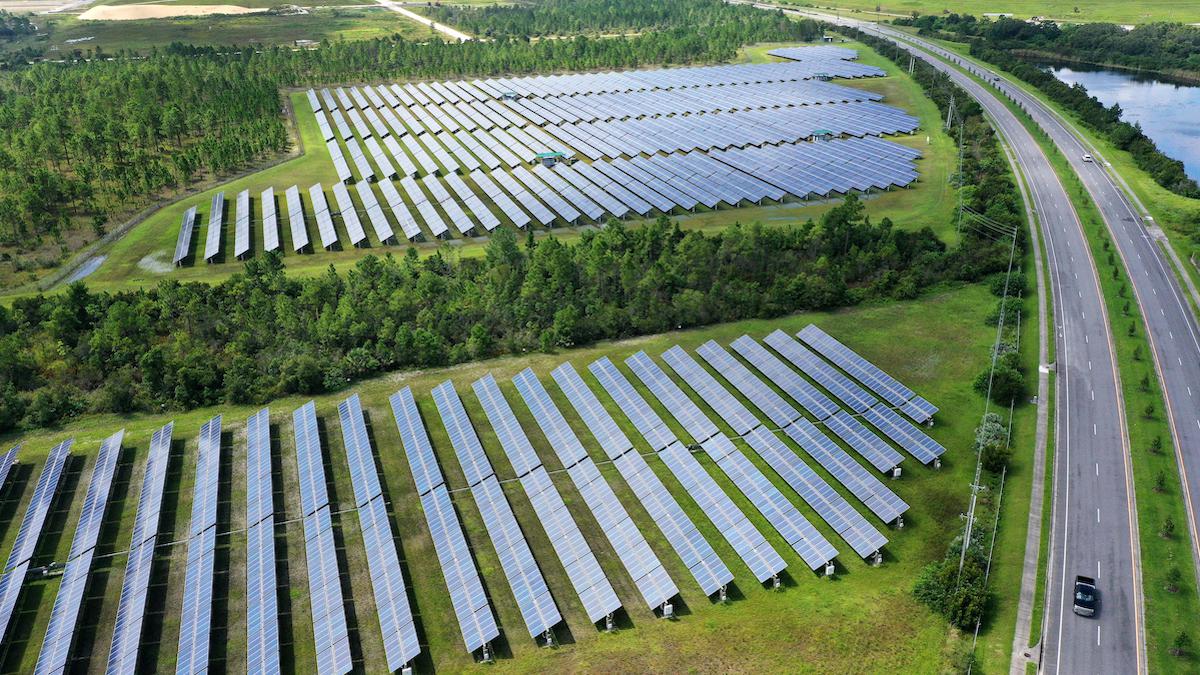 The 6 megawatt Stanton Solar Farm outside of Orlando, Florida on Sept. 8, 2021, the day the Biden administration released plans to produce 40 percent of the country's electricity by 2035. Paul Hennessy / SOPA Images / LightRocket via Getty Images

Solar energy can rise from 3% of U.S. power generation today to 40% by 2035, and ultimately 50% by 2050, a new report from the Energy Department and National Renewable Energy Laboratory shows.

Falling costs have boosted solar growth over the past decade, so reaching that 40% threshold would require less than $562 billion in federal investment along with supportive policy. For solar to comprise 50% of U.S. power, solar capacity would need to reach 1,600 gigawatts, more than the total electric consumption from residential and commercial buildings today.

The report “illuminates the fact that solar, our cheapest and fastest-growing source of clean energy, could produce enough electricity to power all of the homes in the U.S. by 2035 and employ as many as 1.5 million people in the process,” Energy Sec. Jennifer Granholm said in a statement. Transitioning the U.S. economy to clean energy would bring an estimated economic benefit of $1.7 trillion, driven by reducing the health costs of air pollution.

The report by the Energy Department’s Office of Energy Efficiency and Renewable Energy says the United States would need to quadruple its annual solar capacity — and continue to increase it year by year — as it shifts to a renewable-dominant grid in order to address the existential threat posed by climate change.

The report released Wednesday is not intended as a policy statement or administration goal, officials said. Instead, it is “designed to guide and inspire the next decade of solar innovation by helping us answer questions like: How fast does solar need to increase capacity and to what level?” said Becca Jones-Albertus, director of the Energy Department’s solar energy technologies office.