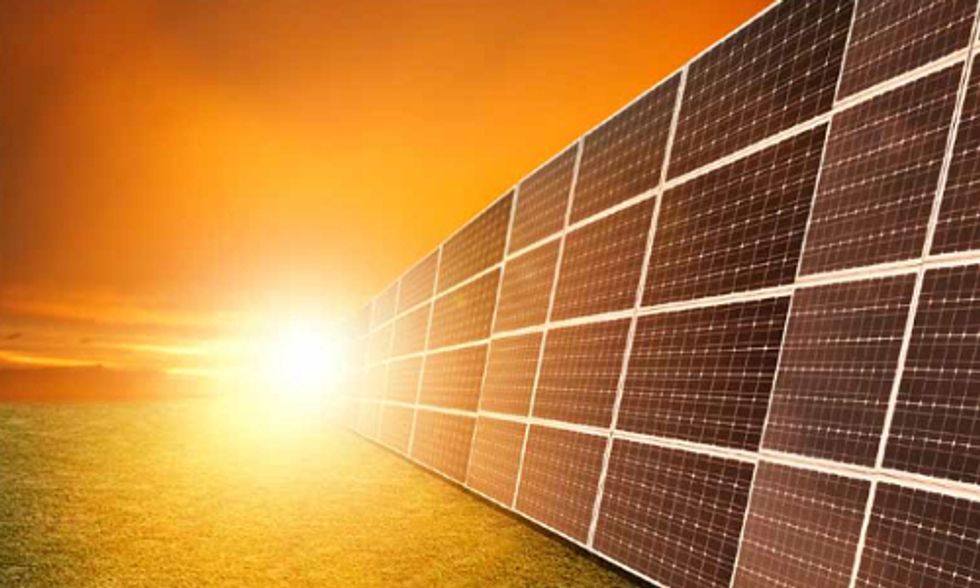 "America could meet its energy needs by capturing just a sliver of the virtually limitless and pollution-free energy that strikes the nation every day in the form of sunlight." That's the assertion of a new report Star Power: The Growing Role of Solar Energy in America, released today by Environment America.

Enough sunlight strikes the U.S. every year to power the country 100 times over, say the report's authors, and 35 million homes and businesses could potentially host solar panels.

And with solar photovoltaic (PV) capacity in the U.S. tripling just in the last two years, more than half of all new electricity generating capacity in the first half of 2014 coming from solar installations and enough installed capacity now in existence to power 3.2 million homes, the report authors suggest that the U.S. should set a goal of generating 10 percent of its electricity from solar by 2030. Solar capacity increased by 77 percent per year from 2010 through 2013; if it increased only 22 percent annually going forward, that would be enough to reach that goal.

Star Power points to numerous benefits to increasing solar power's share of energy generation including addressing climate change, making our air cleaner, saving water and creating  jobs, enumerating the benefits that would occur if the U.S. reached the goal of 10 percent solar by 2030.

Tens of millions of homes and businesses could install solar panels on their roofs within a few years. Image credit: Environment America

What's the hold-up then? Politics, the report says.

"Powerful interests that benefit from our current, largely fossil fuel-fired electricity grid are already fighting to slow the growth of solar energy. Many cities and states continue to make the process of 'going solar' unnecessarily inconvenient and costly. And the integration of large amounts of solar energy into the grid will require concerted effort—effort that will only happen with a clear signal from policymakers and the public."

It urges state and local governments, as well as the federal government, to set solar energy goals, to install solar panels as much as possible on public buildings and to set policies that make it easier and more affordable for homes and businesses to "go solar."

"A future in which America gets at least 10 percent of its electricity from the sun is within reach," the report concludes. "The tools to build this vision are available and the momentum exists—now federal, state and local governments should adopt aggressive goals for solar integration and implement policies that encourage the adoption of solar power."