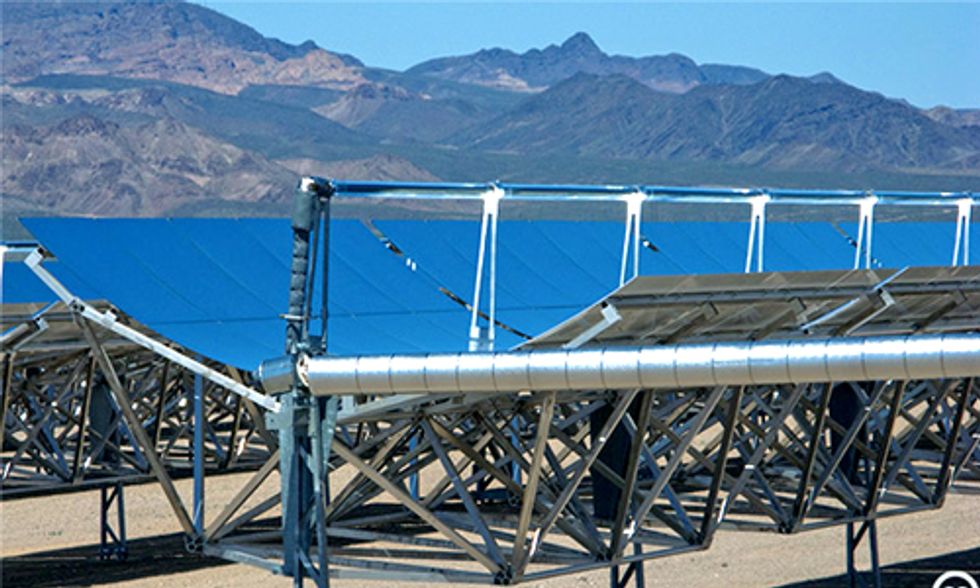 The sun could be the world’s largest source of electricity by 2050, ahead of fossil fuels, wind, hydro and nuclear, according to two new reports by the International Energy Agency (IEA).

The IEA has shown that solar could be the world’s largest source of electricity by 2050. Photo credit: Creative Commons/Lynn D. Rosentrater, 2009

The rapid growth of efficient concentrating solar thermal plants over the last four years. and the decreasing production costs of photovoltaic solar, means the renewable energy source could make up 27 percent of the world’s energy by 2050, according to two new IEA technology roadmaps.

Solar photovoltaic (PV) systems would account for to 16 percent, while Solar Thermal Electricity (STE) could provide an additional 11 percent.

Combined, these solar technologies could prevent so much carbon pollution—6 billion tons—that it would be equivalent of removing the pollution from the entire transport sector worldwide, or all the current energy-related carbon pollution in the U.S. today.

However, the IEA has stressed that this is not a ‘forecast,’ but rather a roadmap to enable change. Investment in solar power is crucial if the estimation is to become reality.

“Both technologies are very capital intensive: almost all expenditures are made upfront. Lowering the cost of capital is thus of primary importance for achieving the vision in these roadmaps.”

The IEA’s message is clear, for this potential to be reached, world leaders will need to commit to phasing out harmful fossil fuels and phasing in renewable sources of energy—both boosting economies around the world, but also help to prevent the worst impacts of climate change.

The reports set out a series of policy scenarios needed to be in place for this transition to happen, stating there was a need for clear, credible, and consistent signals from policy makers, in order to lower deployment risks to investors and inspire confidence.

According to the reports, where there is a record of policy incoherence or confusion—dubbed ‘stop-and-go policy cycles’—investors end up paying more money, consumers will have greater costs for their energy, and many greatly needed projects will fail to take place.

Solar photovoltaic panels constitute the fastest growing renewable energy technology in the world since 2000, although solar is still less than 1 percent of energy capacity worldwide.

The IEA said PV expansion would be led by China, followed by the U.S., while STE could also grow in the U.S. along with Africa, India and the Middle East.