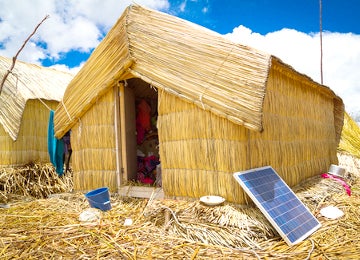 We have two broken systems—energy and finance—which conspire to support a coal fired centralized grid that never reaches the poor while driving dangerous climate change. That means 1.3 billion people around the world won’t escape the dark, and we’ll fry the climate, unless we disrupt these systems and deploy distributed clean energy. Three months ago the Sierra Club worked on a pilot project with SunFunder to promote such a potentially disruptive solution: solar crowdfunding for the world’s poor. We have a few preliminary lessons we’d like to share about taking it to scale. 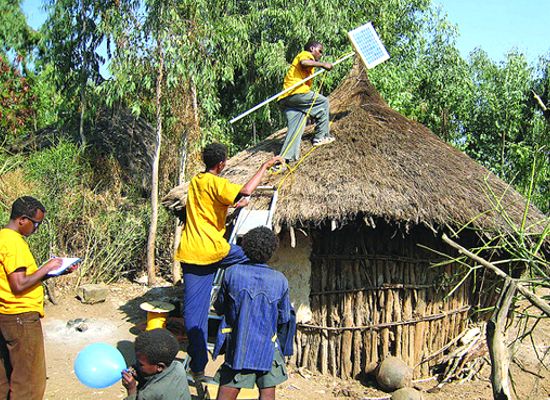 Let’s start with the good news: in three short months the clean energy access project is already fully funded! The project raised $15,000 to fund ReadySet solar kits from Fenix International to for 375 energy entrepreneurs in Uganda who will in turn power mobile phone charging and lighting for up to 19,000 households—as a microutility device, each ReadySet can power up to 50 phones in a community—while avoiding 12.3 tons of carbon dioxide. It’s just the latest SunFunder success story as the company has raised $120,000 for eight projects that benefit 28,377 people directly. Not bad for a year’s work.

Let’s compare that to the World Bank. A 2011 Oil Change study that found that of all fossil fuel projects the World Bank supported, none provided energy access for the poor. That’s right—zero. The only energy project that actually delivered energy for the poor was a $1.25 million investment in biomass gasifiers that benefited 2,500 people in India (thanks to Husk Power). For those keeping score, that’s 28,000 people helped by SunFunder versus 2,500 by the World Bank.

Not bad on SunFunder’s end, but clearly not the scale we’re looking for right? I mean this is just a small slice of the energy needs of 1.3 billion people. That’s true, but after engaging SunFunder on this project, and working with off grid clean energy entrepreneurs demanding $500 million for their sector, we have a few lessons we think have big implications.

There is not a single energy entrepreneur whose sole goal is to provide energy access that is not focused on deploying decentralized clean energy. Go ahead, talk to entrepreneurs who eat, sleep, and breathe this stuff and you’ll see they recognized long ago that if your trade is energy access, the right tool for the job is decentralized, small-scale clean energy. That’s why companies like SunFunder who specialize in financing these businesses can outpace entities like the World Bank 10 to one when it comes to lives affected. The best part is they do it despite having only a fraction of available capital.

In the absence of significant resources or media attention, SunFunder was able to raise the money from the crowd in just three months. Ask any entrepreneur who has engaged entities like the World Bank and you’ll understand that this is far, far faster than they are capable of. On top of that, entrepreneurs can be turned down at the end of a lengthy process with the World Bank, meaning they spent time and money for nothing. It’s energy’s presence, not promise, that changes lives and the same is true for the finance needed by the entrepreneurs who deliver it.

What crowdfunders like SunFunder (and Mosaic and Milaap and Abundance and on and on) have done is demonstrate that crowdfunders can fill a financing void left by large financial institutions. They’ve shown they can reach a strata that traditional development agencies can’t: small-scale entrepreneurs seeking project finance for sub $100K projects.

In addition, they can tailor these amounts to previously unbankable projects in incremental amounts. That helps us avoid systemic problems by adding energy as needed and avoid any bubbles created by, oh, say an over-reliance on a single energy source or enormous investments in unneeded capacity. This also works on the consumer side of the equation where pay-as-you-go systems are unlocking energy for the poor. 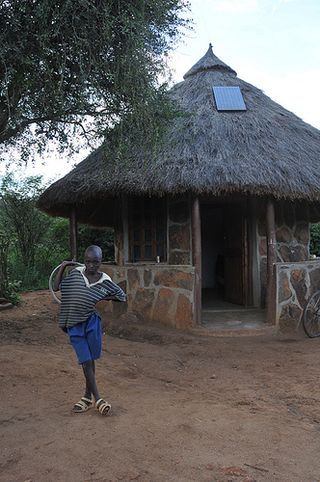 Lesson 4: We Are Using The Wrong Yardstick

I’ve written with Carl Pope and Jigar Shah before about the pitfalls of using price to determine where and when the poor receive energy because it’s energy’s presence, not price that changes lives. To that metric we should add GigaWatts of supply, which is a cherished metric of very serious policymakers who, in spite of the fact that the International Energy Agency has released two reports showing that 70 percent of rural communities worldwide will only be electrified with decentralized clean energy, are still convinced that the only way to deliver on the world’s energy needs is to pour billions into huge centralized projects that generate GigaWatts of power. David Roberts describes the thinking pushed by those in this camp like this: “small is for sissies, and the only solution to energy poverty is expanding and extending the brittle systems of the 20th century to the developing world.”

The problem (brittleness aside) is that grid expansion hasn’t worked. This leaves poor communities to spend huge portions of their monthly income on dirty kerosene and diesel instead of cheaper, cleaner energy because very serious people want them to wait for the grid to arrive; a grid that hasn’t come for decades, and won’t come for decades more. We need to start measuring energy access in terms of services delivered and human beings impacted in a time frame that matters—now.

So where to from here? Already organizations like the UK’s Department for International Development (DFID) is financing a fund which will support off grid clean energy including novel mini grid approaches like Tower Power. DFID is also funding a “fund of funds” through the Commonwealth Development Corporation that can capitalize local financial institutions to invest in, amongst other things, clean energy access entrepreneurs. The latter is an excellent example of how an institution like the International Finance Corporation (IFC) could make a big difference in this space.

If a multi-lateral like the IFC did finally pony up the money, it’s clear crowdfunding specific products are needed. These could be funds that match dollar-for-dollar money raised from the crowd, or loan guarantees that can help unleash capital for local entrepreneurs at levels organizations like the IFC can’t reach. This marries the best of both worlds: the nimble ability of crowdfunders to support small scale projects that have immediate impacts on the lives of the poor, with the larger pools of capital the development institutions can tap into without forcing them to engage in small scale projects directly.

Ultimately, we’re going to need the big bucks that development institutions and institutional investors can bring to bear on this problem. But even if the $500 million clean energy access fund that entrepreneurs have been demanding is created, the lessons we’ve learned will be critical to ensuring impact. Because if there’s anything we know for sure, it’s that business as usual ensures failure as usual.