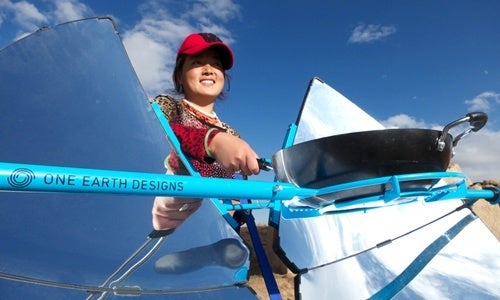 During this week’s edition of the hit TV reality show Top Chef, the contestants were asked to cook with a technology they’d never used before: the sun. Deep in the Palm Springs desert, the chefs cooked with one of two industry-leading solar stove designs manufactured in the U.S., the SolSource and the GoSun. Of the SolSource, one chef called it “the coolest stove I’ve ever used,” and cooking with the latter’s innovative vacuum tube design was described by another as “light saber action.”

Chef Jose Andres was the guest judge for this since he’s so well known as a booster of solar cooking for the energy-impoverished—he brought solar stoves to Haiti after the earthquake to lend some relief to people whose normal cooking fuel options were rendered unavailable.

And lack of access to such clean cooking options is a huge issue globally: 3 billion people cook their daily meals over smoky biomass fires every day causing more than 4 million annual mortalities, mostly women and children, from smoke inhalation related diseases. Not only is it a human health issue, but forests and the climate suffer: most households that rely on smoky stoves burn 2 tons of biomass per year, about 730 million tons globally, which releases about a billion tons of carbon dioxide. The resulting particulate matter also traps heat in the atmosphere. 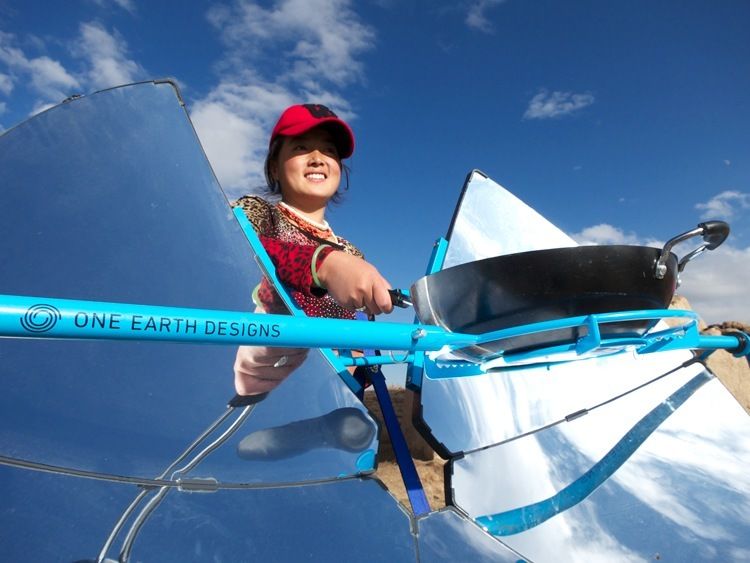 While there’s a massive global underway led by the Global Alliance for Clean Cookstoves to get less smoky and biomass-intense options into the hands of people who need them, emission- and fuel-free solar stoves are routinely ignored by such efforts in favor of designs that still emit smoke. But events like this one just might boost its acceptance among NGOs and eco-conscious backyard cooks in the U.S. alike.

Both of the stove designs used by the show have great applicability in the developing world, especially in those countries which enjoy lots of sun. GoSun in particular is bullish about supplying cooks all over the world with smoke-free options, as I reported in The Guardian this fall.

Despite one contestant blowing up a GoSun because she added water to the vacuum tube, the stoves worked great and the contestants were overall pleased with the results despite having never used them, saying things like “The stove worked great,” and “I thought it was awesome and would love to do it again.”

Gourmet dishes of couscous, halibut, steak, cornbread and more were prepared in just 30 minutes with sunlight, and the winner was thrilled with his first experience cooking with the sun. But he wasn’t the only winner: solar cooking got a big boost in visibility, and Chef Andres’s humanitarian organization World Central Kitchen received a $10,000 donation on behalf of the winner.