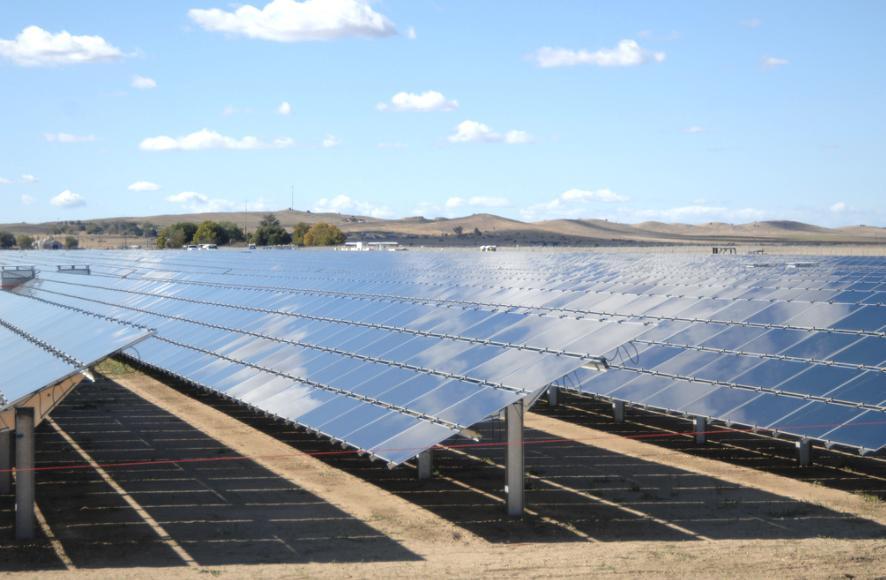 Renewable energy has reached an important milestone. The World Economic Forum (WEF) has determined that in many parts of the world, solar energy is now the same price or even cheaper than fossil fuels for the first time.

In a handbook released this month, the WEF observed how the price of renewable technologies, particularly solar, has declined to unprecedented lows.

While the average global LCOE [levelized cost of electricity] for coal and natural gas is around $100 per megawatt-hour, the price for solar has plummeted from $600 a decade ago to $300 only five years later, and now close to or below $100 for utility-scale photovoltaic. For wind, the LCOE is around $50.

According to the WEF, more than 30 countries have already reached grid parity—even without subsidies. (“Grid parity” is the point when an alternative energy source, say solar, can generate power at a LCOE that’s equal or even less than the price of traditional grid power.)

“It is relevant to note that the mentioned evolution, market share gain and continued potential for renewable energy do not hinge on a subsidy advantage,” the report added. “In fact, according to [International Energy Agency], fossil-fuel consumption has received $493 billion in subsidies in 2014, more than four times the value of subsidies to renewable energy.” 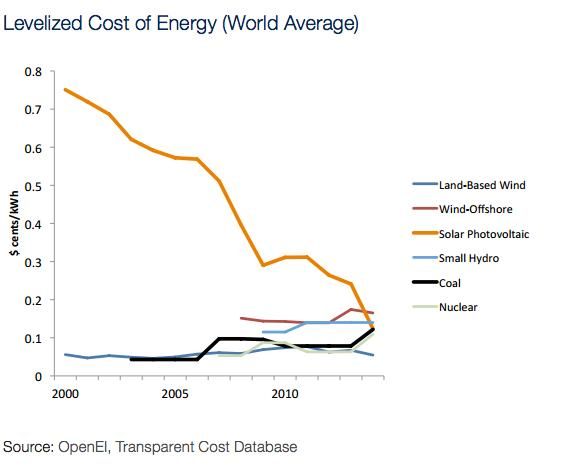 The WEF highlighted how the unsubsidized LCOE for utility-scale solar photovoltaic—which was not competitive even five years ago—has declined at a 20 percent compounded annual rate, “making it not only viable but also more attractive than coal in a wide range of countries.”

Countries that have already reached grid parity include Chile, Mexico, Brazil and Australia with many more countries also on the same track. The WEF projects that two thirds of the world will reach grid parity in the next couple of years, and by 2020, solar photovoltaic energy is projected to have a lower LCOE than coal or natural gas-fired generation throughout the world.

“Renewable energy has reached a tipping point,” Michael Drexler, who leads infrastructure and development investing at the WEF, told Quartz. “It is not only a commercially viable option, but an outright compelling investment opportunity with long-term, stable, inflation-protected returns.”

The report follows a recent analysis from the IEA which revealed that total clean power capacity increased by 153 gigawatts, overtaking coal for the first time. To illustrate, about 500,000 solar panels installed were installed around the world every day.