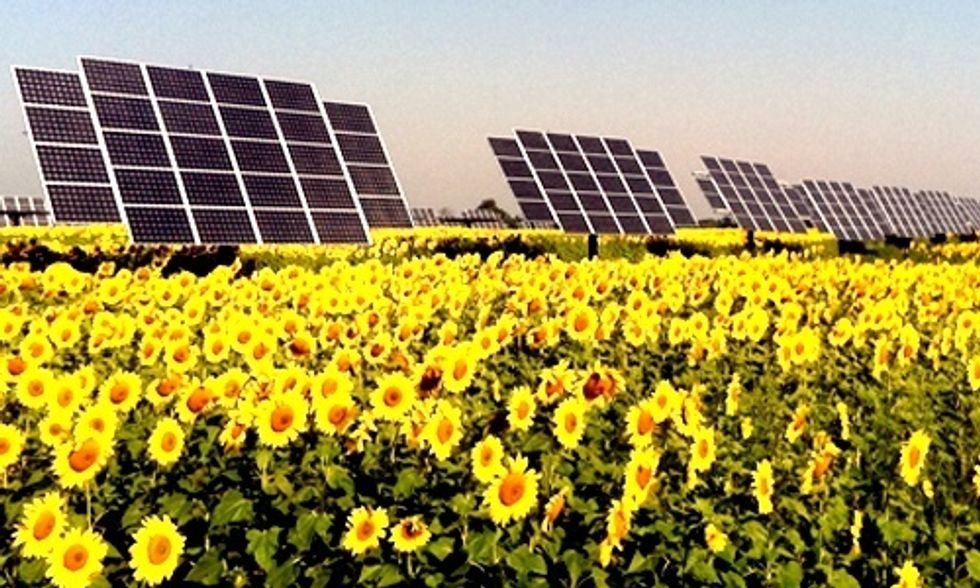 In 1970, the first ever Earth Day was held to demonstrate broad global support for environmental protection. At the time, the world’s population stood at 3.63 billion. Today, that number has more than doubled.

Well, guess what? Greenhouse gas emissions have doubled since then, too. Simply put, the world is in real danger, locked in on a collision course with disaster.

It’s time to be honest with ourselves. We’re facing a watershed moment in our nation’s history. Today, climate change is a real and growing threat to America and the rest of the world. It’s indisputable. Sea levels are rising. We’re experiencing more intense and unpredictable storms. And droughts plague the world. Clearly, climate change threatens our economy, our future progress, our health and safety, and even our way of life. Every day, the Earth suffers a little more from human neglect. We can’t wish this problem away, and pointing fingers won’t solve it, either.

In celebration of today’s 45th annual Earth Day, the Solar Energy Industries Association (SEIA) plans to mark the historic occasion every 2.5 minutes of every hour of the day, as a new solar installation is completed in America. What’s more, new figures from the U.S. Solar Market Insight 2014 Year in Review show a record amount of new, clean solar energy coming online over the next 20 months, greatly benefitting the environment.

When the very first Earth Day was held, there was virtually no solar energy powering the grid in the U.S. How times have changed. Today, there are 20 gigawatts (GW) of installed solar capacity in the U.S.—enough to power more than 4 million American homes—and we’re going to double both of those numbers by the end of next year. That’s our commitment to America—and to our planet. By the end of 2016, solar is expected to offset nearly 45 million metric tons of harmful carbon emissions, the equivalent of removing nearly 10 million cars off U.S. roads and highways, or shuttering 12 coal-fired plants. That’s a pretty impressive “high five” for our environment.

Consider what’s happened. It took 40 years for the U.S. to install its first 20 GW of solar, but the nation will add another 20 GW by the end of 2016. Here are some of the other projections from the latest SEIA/GTM Research report:

Today, the U.S. solar industry employs 174,000 Americans nationwide—more than tech giants Apple, Google, Facebook and Twitter combined—and pumps nearly $18 billion a year into our economy. This remarkable growth is due, in large part, to smart and effective public policies, such as the solar Investment Tax Credit (ITC), Net Energy Metering (NEM) and Renewable Portfolio Standards (RPS). By any measurement, these policies are paying huge dividends for both the U.S. economy, as well as for the environment. For our industry, this truly is an exciting and promising time to be celebrating Earth Day. As the old saying goes, “actions speak louder than words,” and every new solar system that comes online today represents a win for the future of our planet.