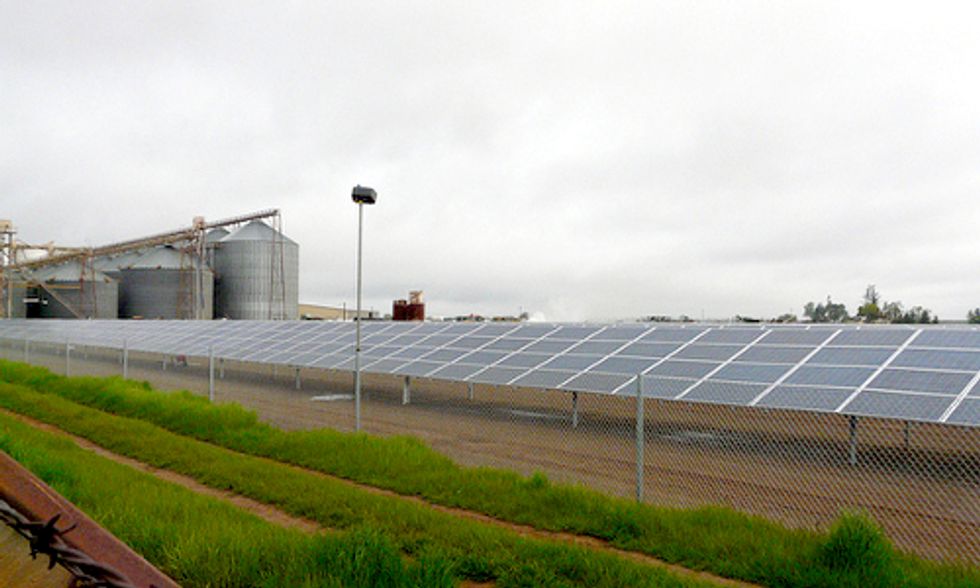 Solar energy faced off against natural gas in a courtroom this week, and the greener of the two came out on top.

Minnesota administrative law judge Eric Lipman recommended a solar project to help Xcel Energy, one of the state's largest utility, provide 550 megawatts (MW) of new electricity generation by 2020. Lipman could have selected one of five natural gas projects instead, but he realized Geronimo Energy’s Aurora Solar Project was the better deal.

“It’s the first time that solar’s gone head-to-head with gas facilities in this sort of a proposal and has received this sort of a recommendation," Betsy Engelking, Vice President of Geronimo, told the St. Cloud Times.

A Minnesota judge made a monumental decision by recommending a collection of solar farms instead of any of five natural gas projects. Photo credit: Bob White/Flickr Creative Commons

The $250 million project will not receive state subsidies, but qualifies for a federal investment tax credit, according to Climate Progress. If approved, construction on the farms would begin in 2015.

Geronimo estimates 800 construction jobs and 30 permanent jobs. The farms, expected to have 60 to 70 solar panels, would take four to nine months to build.

"[Solar energy] has always been better for our environment ... rulings like this one in Minnesota are proving that it's better for our pocketbooks too," Greenpeace spokesman David Pomerantz told AlJazeera America.

"Electric utilities around the country should embrace the solar revolution that their customers are increasingly demanding, or they risk becoming fossils themselves."