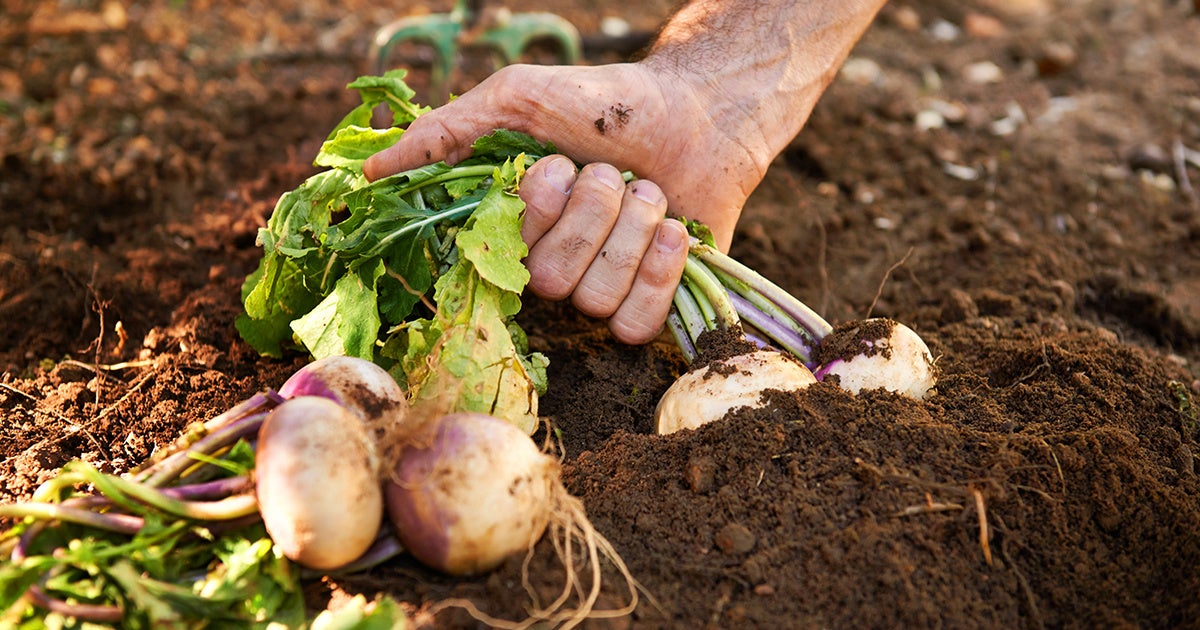 This was the key message of a presentation by David Montgomery, professor of geology at the University of Washington, at the Iowa Organic Conference in November.

Montgomery, author of several books including his most recent, Growing a Revolution, began his talk by describing how the earth’s soils are being degraded by agriculture and the catastrophic impacts that result.

“Humanity is losing 0.3 percent of our global food production each year to soil erosion and degradation and 30 percent every 100 years,” he said, referring to a United Nations report on soil.

Montgomery said soil degradation and loss has been a problem since the beginning of agriculture and played a major role in the demise of past civilizations including Mesopotamia, classical Greece and ancient Rome. It also caused the downfall of the Piedmont region of the southeastern U.S. as a leading agricultural producer, which it had been in colonial America.

Montgomery said the “villain” in soil degradation is the plow and not deforestation.

Based on a number of studies, Montgomery estimated that 1.54 millimeters (mm) of soil are lost each year worldwide, while only 0.01 to 0.02 mm are being built each year.

“We are eroding soil 20 times faster than we are building it,” he said. “We’ve drawn down the batteries of farmlands. This is a global problem, and agriculture has to change.”

Despite the potentially catastrophic consequences this problem presents, Montgomery said: “I’m very optimistic we can solve this problem and do it quickly and economically.”

In the research for his book, Growing a Revolution, Montgomery traveled around the world visiting farms that are building soil and soil organic matter. The practices these farms had in common were no plowing or no-till, keeping the ground covered year round using cover crops, and growing diverse crop rotations to reduce weeds and insects. Together he calls the three practices “conservation agriculture.”

“There was minimal or no disturbance to the soil, maintaining permanent ground cover and diverse crop rotations,” Montgomery said of the farms he visited.

He visited Duane Beck, a conventional farmer in South Dakota, who has adopted all three practices. As a result, Beck has reduced the use of pesticides, diesel fuel, and synthetic fertilizer and increased crop yields.

Kofi Boa, a farmer in Ghana, who operates the No-Till Center, was able to stop soil erosion while tripling yields of corn and cowpea and reducing herbicide use.

David Brandt, a farmer in Carroll, Ohio has practiced no-till farming for 44 years. His farming costs are $320 per acre while his corn yields 180 bushels per acre. He also uses only 1 quart of Roundup herbicide per acre. By contrast, Brandt’s neighbor plows his fields, pays expenses of $500 per acre, and uses five times as much Roundup. His corn produces yields of only 100 bushels per acre.

“David’s secret is the soil,” Montgomery said. “His soil is 8 percent organic matter.”

Montgomery describes Brandt, who farms conventionally, as an “organicish” farmer.

Another “organicish” farmer Montgomery visited was Gabe Brown in North Dakota, who has built a growing reputation as a leading advocate of “regenerative” farming. Brown also uses all three soil-building practices as well as grazing cattle.

Montgomery initially thought cattle were responsible for soil degradation but after visiting Brown’s farm he said, “Cattle can be a tool of soil regeneration instead of degradation.”

Brown’s soil is 10 percent organic matter, according to Montgomery.

He also uses no insecticides and synthetic fertilizers and so little herbicide that Montgomery said he is “essentially an organic farmer.”

“Soil Health as the New Foundation of Agriculture”

In summarizing, Montgomery said the keys to building soil are to “ditch the plow, cover up, and grow diversity.”

The benefits of such conservation agriculture practices, according to Montgomery, are higher profits, comparable yields, less fossil fuel, fertilizer and pesticide use for the farmer, increased soil carbon and water retention and less pollution.

“Using agriculture to improve the land is a total game changer, but needs a different way of thinking,” he said.

The need to build soil goes beyond the debate over conventional and organic farming methods. “It centers on a different perspective on how soil health works in both systems,” Montgomery said. “It’s about how to build soil and look at soil as an ecological system.”

Montgomery sees soil health with its focus on building soil biology as the new agricultural revolution supplanting the green revolution and its focus on chemicals and biotechnology.

“We are poised to unleash the idea that soil health should be the newest foundation of agriculture,” he said. “It can help us feed the world and mitigate climate change and environment degradation.”