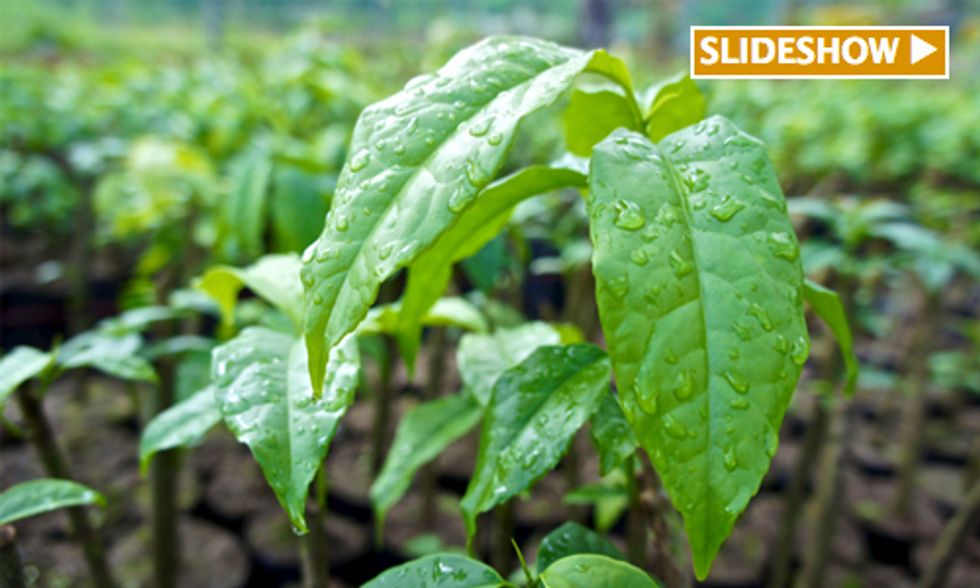 I have an academic background in food system analysis and armed with theories and policies surrounding supply chain issues, I stepped out of my books and ventured to the Ecuadorian Amazon to volunteer with a social enterprise. My curiosity to see on-the-ground policies of where the supply chain begins is what brought me to Runa.

Runa means "fully alive" in the language of indigenous Kichwa farmers, which have been growing guayusa, a tea-like leaf for generations. It is also the philosophy adopted by the young entrepreneurs and philanthropists behind this new enterprise to embrace and share guayusa and its Amazonian Kichwa traditions with the U.S. market, while building economic stability for its farmers. This goal transitions guayusa farmers from traditional subsistence and barter systems into a market economy where education in a typical family rarely surpasses middle school. However, it is a brave and exciting undertaking to try and change community systems to bring a new unknown product to the international market in hopes to improve economic status of poorer farming regions.

As a crop only grown through indigenous practices passed down from generation to generation, it's now at the intersection of traditional practices combined with new scientific research to understand modern issues surrounding ecosystem relationships, preservation of the rainforest and other environmental concerns. Social and economic change as well as environmental issues requires a lot of forethought and consideration for long-term sustainable development, which has not escaped the core values of Runa and its founders. This team of Americans, their Ecuadorian counterparts, farmers, scientists and behavioral consultants are aiming to develop a social enterprise that tackle various issues from the beginning:

To monitor and implement these programs, Fundación Runa was established. The foundation acts as a watchdog to guide and teach the for-profit company how to maintain the principles of Runa as a social enterprise. The foundation is always looking for interns, so improve your Spanish and visit their websites to learn how you too can feel “fully alive."

84 Businesses Honored as 'Best for the Environment'