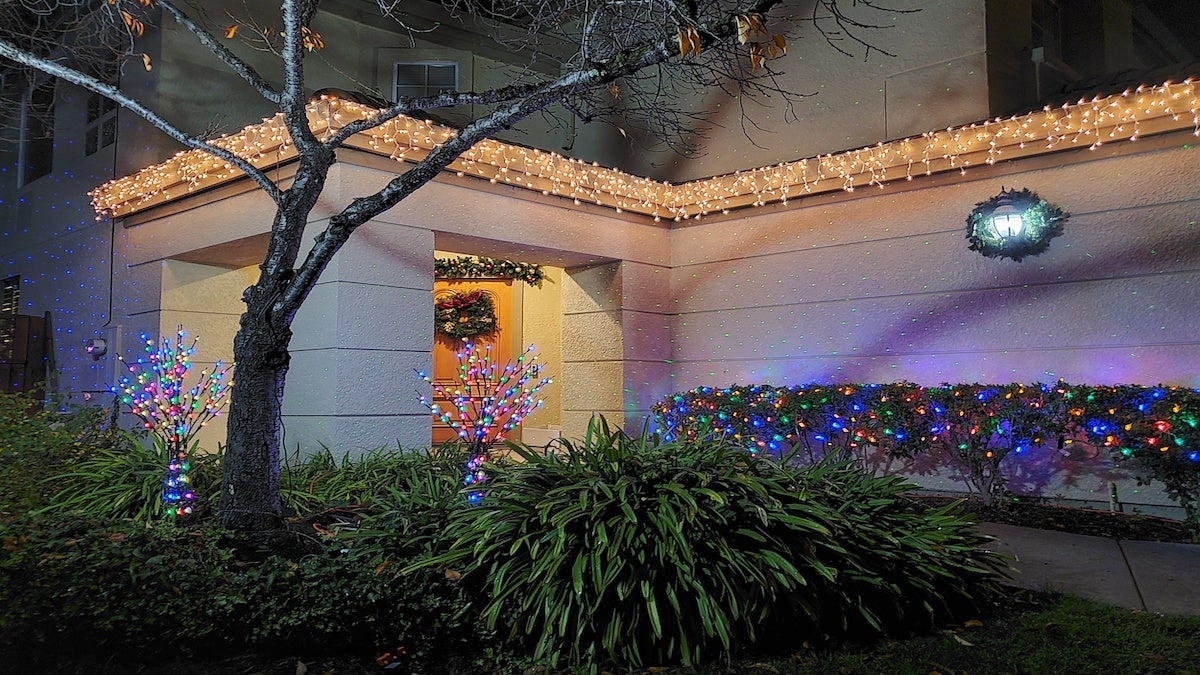 While Americans hunker down for an indefinite period of social distancing, some have looked to find holiday cheer by uncoiling their Christmas lights and stringing them up even though Christmas is still nine months away, according to NBC News.

Many have taken to social media to share how they’re using their lights to brighten their mood during the COVID-19 pandemic. The movement seems to have started with a tweet on Sunday from Milwaukee Brewers radio broadcaster Lane Grindle, who wrote, “What if we all put our Christmas lights back up? Then we could get in the car and drive around and look at them. That seems like a fair social distancing activity,” as the Denver ABC News affiliate reported.

Two days later, a woman in Alabama tweeted out a heart she made of Christmas lights, writing, “There are dark times ahead, but I can still put love & light out into the world. Some folks have mentioned putting up Christmas lights to cheer up people in quarantine, in isolation, or just to remind the world there’s still light & hope.”

Sarah Bang, who made the heart, told E! News, “You don’t have to break isolation in order to look at people’s lights. Since I was home anyway, it was no great effort on my part to string up some lights in order to cheer people up and give them hope. I wanted to send some love and light out into the world, so I made a heart.”

The movement has started a social media trend called Lights for Life, which is easily searchable on various platforms. Participants in the trend have said the light show is a way to express solidarity at a time when we should stay separated, according to E! News.

I saw the trend on Twitter today and wanted to be a part of it,” said Carson Jean, as E! News reported. “I feel like the lights are a reminder that we’re all in this together and that we’re going to come out of this stronger than ever. I hope that everyone takes part in the #lightsforlife trend to show love and support to one another.”

If you don’t want to burn fossil fuels by driving around, it’s easy to stay home and scroll through Twitter or Instagram to find Christmas light displays by searching #lightsforlife.

The lights are just the latest way people have found joy during the pandemic. In Ohio, a man held a one-man St. Patrick’s Day parade on Tuesday, as ABC News Cleveland reported. Mark Leahy paraded down the middle of a quiet street, waving an Irish flag and wearing a sign on his back that said, “Keep Back 6 Feet.”

Across the ocean, Italy has more than 21,000 cases of COVID-19, and people are essentially under house arrest. The country has closed all of its schools, bars and restaurants, and restricted movement for anything other than work, health or buying essentials. In response, residents opened their windows and started to join each other in song, as The New York Times reported.

In a nationwide show of support for the doctors, nurses and emergency workers on the frontlines of the pandemic, Italians blared instruments, sang the national anthem and held a round of applause in their honor, according to the The New York Times.