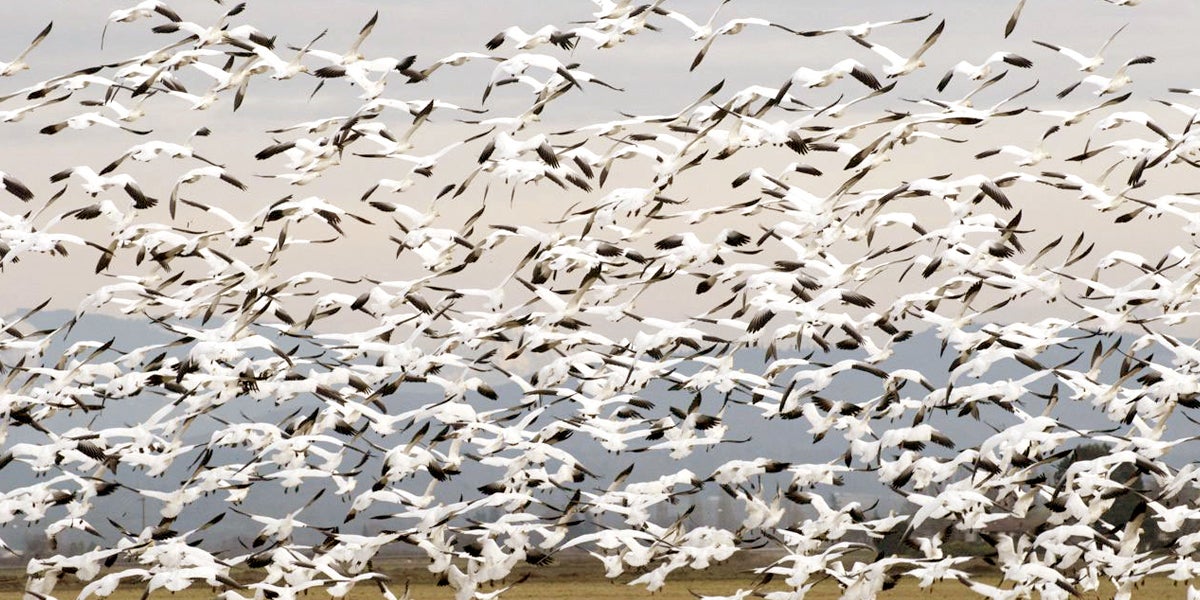 As many as 10,000 snow geese landed on the remains of an open pit mine near Butte, Montana that was filled with toxic water. Now, they are being found sick and dead in places as unwild as a Walmart parking lot and a nearby casino. 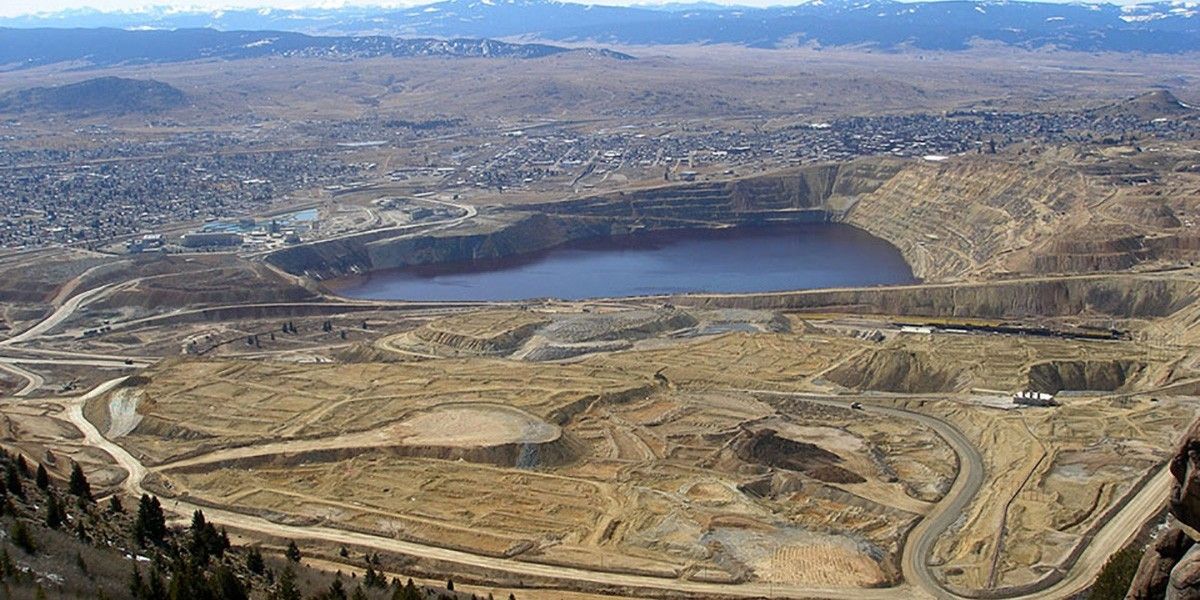 The Berkeley Pit, an abandoned open pit copper mine in Butte, Montana—part of the largest Superfund site in the U.S.—is filled with 40 billion gallons of acidic, metal-contaminated water. PitWatch.org

The 700-acre Berkeley Pit closed in 1982, leaving behind a trove of toxic heavy metals. As the pit filled with rainwater, arsenic, cadmium, copper, cobalt, iron, zinc and other inorganic compunds leached into the water. It soon became a U.S. Environmental Protection Agency (EPA) Superfund site.

Snow geese summer in colonies on the Canadian and Alaskan tundra, migrating south in the fall to wintering grounds along the American coasts and inland wetland areas. For those in the central part of the continent, their migration route takes them across Montana.

On the evening of Nov. 28, wildlife spotters hired by Montana Resources, which jointly manages the abandoned mine with Atlantic Richfield, saw an incoming flock about 25 miles away that they estimated at 25,000 geese.

“I can’t underscore enough how many birds were in the Butte area that night,” Mark Thompson, environmental affairs manager for Montana Resources told the Associated Press. “Numbers beyond anything we’ve ever experienced in our 21 years of monitoring by several orders of magnitude.”

Workers used hazing techniques including loud noises and non-lethal gunshots to attempt to deter the birds. But they may not have had much choice in where to land.

One theory is that the usual landing place for migrating snow geese—Freezeout Lake west of Great Falls—was largely frozen over when the geese flew by. Others think that November’s unseasonably warm weather delayed the timing of their southbound migration or that a storm may have driven the birds to find a new landing spot.

Crews have been trying to rescue as many birds as possible, bringing the geese to animal shelters and veterinarians as they find them. But a similar, although much smaller, die-off in 1995 showed how dangerous the toxic waters can be.

“In each bird autopsied, the oral cavity, trachea, and esophagus, as well as digestive organs like the gizzard and intestines, were lined with burns and festering sores,” wrote Harper’s in 1996.

Snow geese are not considered an endangered species. The population numbers about 15 million.

Mining in the Butte region dates back to 1864 when gold was discovered in Silver Bow Creek. A large-scale underground mine operated from 1875 to 1955, when open-pit mining at Berkeley Pit began. 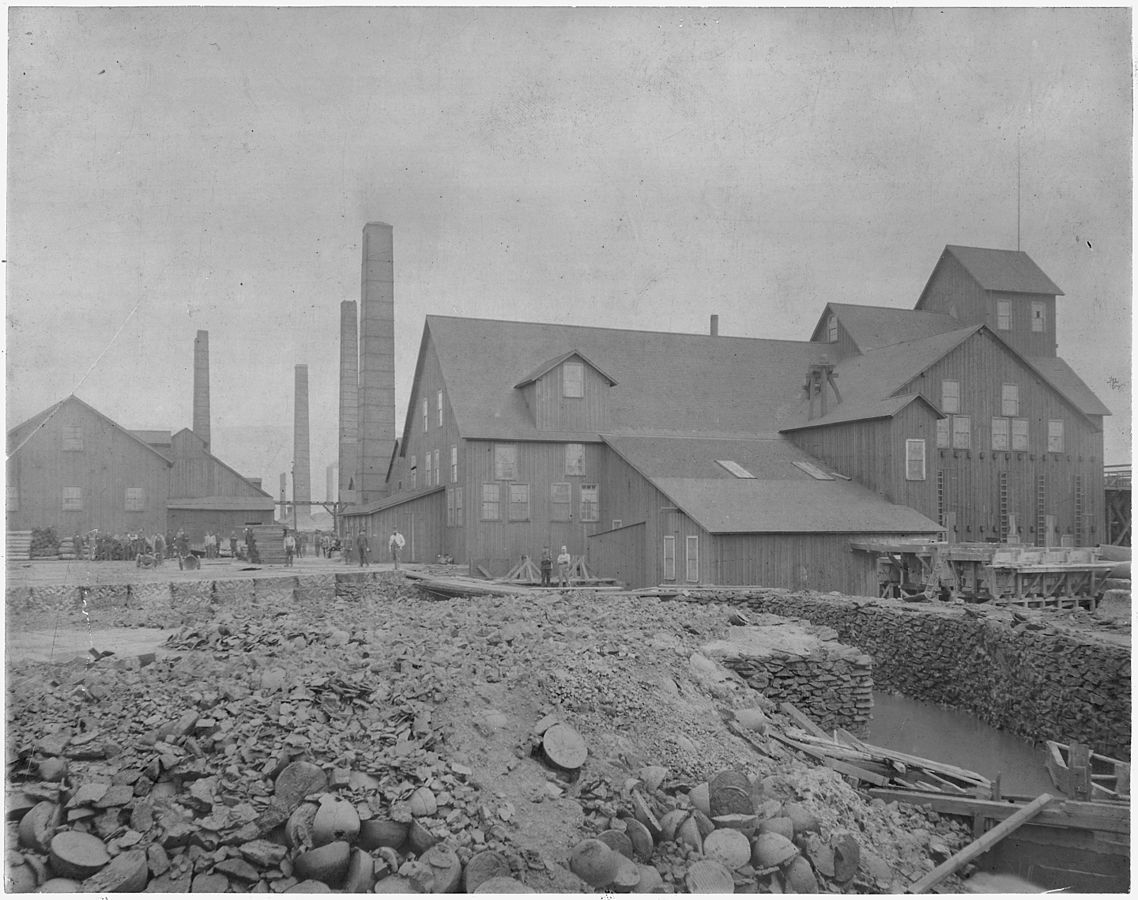 A Montana mine circa 1893. U.S. National Archives and Records Administration

A spokesman for the EPA said the companies and agency are keeping a lookout for additional flocks headed toward Butte.

Montana Resources said it will reimburse veterinary costs and investigate this incident. It will look to update its mitigation plan to keep wildlife out of the pit water.