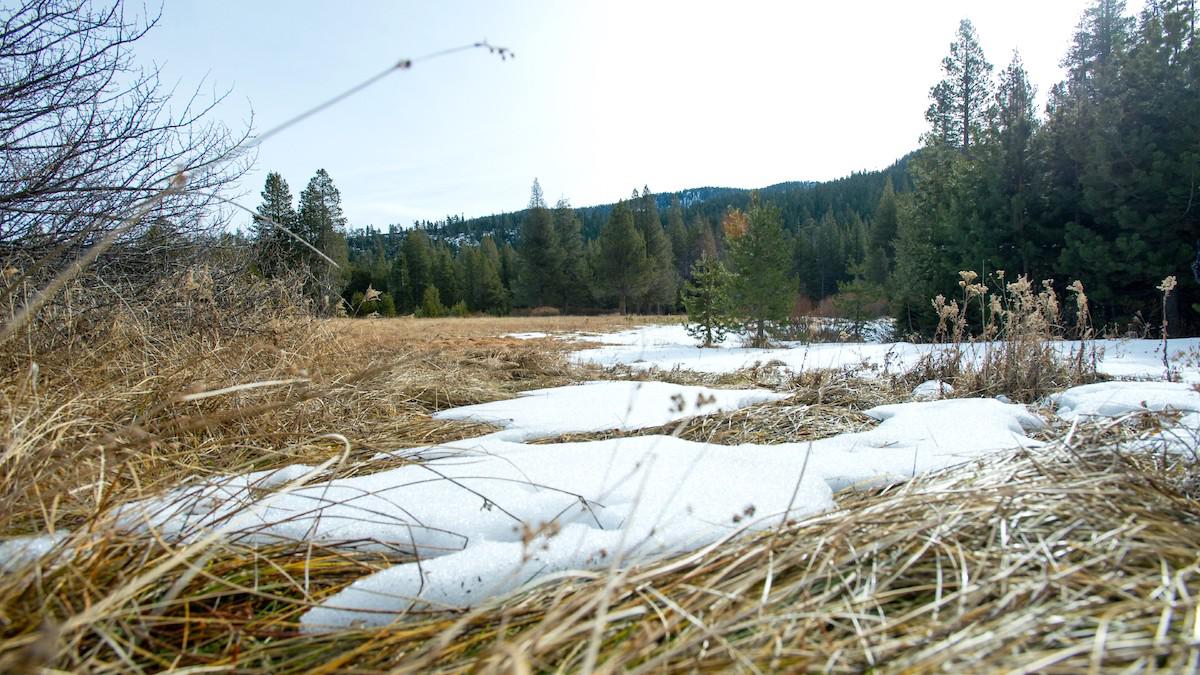 Most of us know a bad drought when we see one: Lakes and rivers recede from their normal water lines, crops wither in fields, and lawns turn brown. Usually we think of these droughts as being triggered by a lack of rain, but scientists also track drought in other ways.

“The common ways to measure droughts are through precipitation, soil moisture and runoff,” says Laurie S. Huning, an environmental engineer at the University of California, Irvine. Her most recent work adds another dimension to that by looking at water stored in snowpack.

Huning is the co-author of a study in the Proceedings of the National Academy of Sciences, with U.C. Irvine colleague Amir AghaKouchak, which developed a new framework for characterizing “snow droughts.” These can occur when there’s an abnormally low snowpack, which may be triggered by low precipitation, warm temperatures or both.

Their research is timely. This winter, southwestern states have received just a quarter to half of the average snow-water equivalent — the amount of water held in the snowpack — the key metric for determining a snow drought.

And that can have sweeping impacts. The water content of a snowpack can change the amount and timing of when runoff occurs, and that has implications for wildlife, ecosystems, water resources, flood control, hydropower and drought mitigation.

Snow droughts can also have far-reaching effects on agriculture — and economies. California’s Central Valley, the heart of its agriculture industry, relies on snow melt from the Sierra Nevada. The state saw .7 billion in losses in the sector following low precipitation and warm temperatures during 2014-2015. 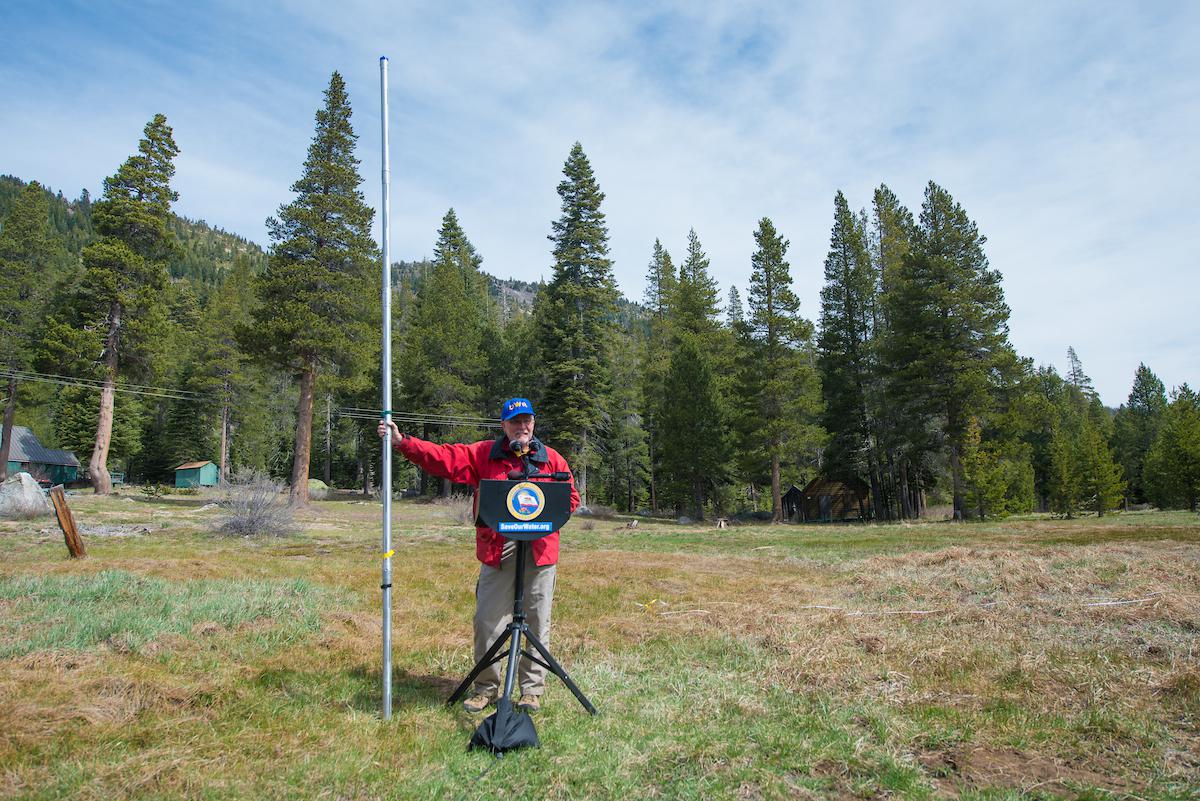 Frank Gehrke of the Calif. Dept. of Water Resources during the April 1, 2015 snow survey in the Sierra Nevada, which found zero snow for the first time since surveys began in 1942. Florence Low / California Department of Water Resources

Snow droughts can also make conditions dire in regions that are already stressed by conflict and resource shortages. A snow drought in Afghanistan in 2017-2018 triggered crop failures and livestock loses that left 10 million people food insecure.

The concept of a “snow drought” has been around for several years, and it’s been studied in certain key locations, but until now scientists and water managers lacked a worldwide method to assess them.

The study aims to solve that. Huning and AghaKouchak have developed a standardized snow-water equivalent index in an effort to better characterize and compare the duration and intensity of snow droughts around the world.

The results already reveal some areas of concern. Looking at data from 1980 to 2018, the researchers found a few hotspots where snow-droughts became longer and more intense during the 21st century.

The most notable area was the western United States, which saw a 28% increase in the length of periods of snow drought. Eastern Russia and Europe also saw increases, though less severe.

And on the flip side, some areas saw a decrease in snow drought duration, including the Hindu Kush, Central Asia, greater Himalayas, extratropical Andes and Patagonia.

“It’s important to remember that not only does the snowpack vary but the impact that it has differs across the world,” says Huning.

Huning hopes the framework developed for the study can help water managers better understand the amount and timing of snowmelt, and to integrate that with drought monitoring systems to recreate better resiliency and management of resources.

“We know that the snowpack is highly variable,” she says. “Further development of this framework can improve our near real-time monitoring of drought.”

The study didn’t delve into the specifics of why snow droughts may be becoming more severe in certain places, but other studies have found that climate change is playing, and will play, a role in reducing snowpack in some areas — including western U.S. states.

A study by UCLA climate scientists published on Aug. 10 found that in California warmer temperatures will cause more rainfall and less snow during the winter in coming decades. This will likely increase flood risks and reduce the snowpack that usually melts slowly over the spring months.

Earlier research found that a decrease in Arctic sea ice leads to changes in atmospheric circulation that creates a high-pressure system, known as an atmospheric ridge, off the Pacific coast. These ridges deflect storms, pushing them northward and leaving the region high and dry. A particularly stubborn system that developed in 2013, nicknamed the “ridiculously resilient ridge,” had a big hand in California’s five-year drought, which extended until 2017.

Better understanding of how to measure and track snow droughts can give water managers another tool to help plan for similar droughts and to better manage this changing resource.

“Snow is a natural resource and, given the warming temperatures that some parts of the world will see, the amount of snow is changing,” says Huning. “We need to recognize that there are so many different ways the environment and humans will be affected.”