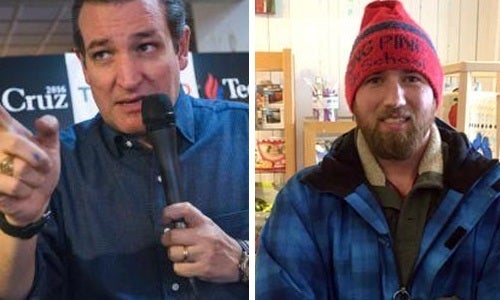 While Ted Cruz was campaigning in New Hampshire on Tuesday, he was approached by multiple residents who are concerned about how he will respond to climate change if elected.

https://twitter.com/thinkprogress/status/689950552478785536 than the average kindergartner,” one of the scientists, Penn State University professor Michael Mann, wrote of Cruz. “That sort of ignorance would be dangerous in a doorman, let alone a president.”