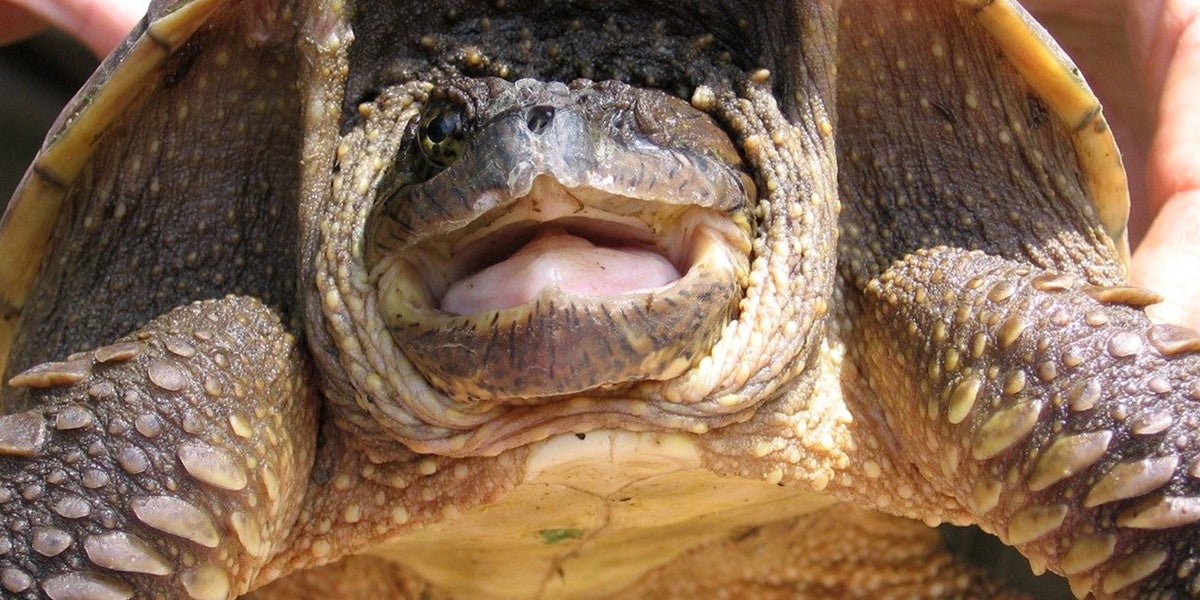 In a study published this month in Biological Conservation, researchers at Virginia Tech, the College of William & Mary and the University of North Texas found that agricultural land use and Mercury (Hg) pollution both increased the number of male relative to female turtles.

In addition, Mercury passed from mother to offspring also increased the number of males born. 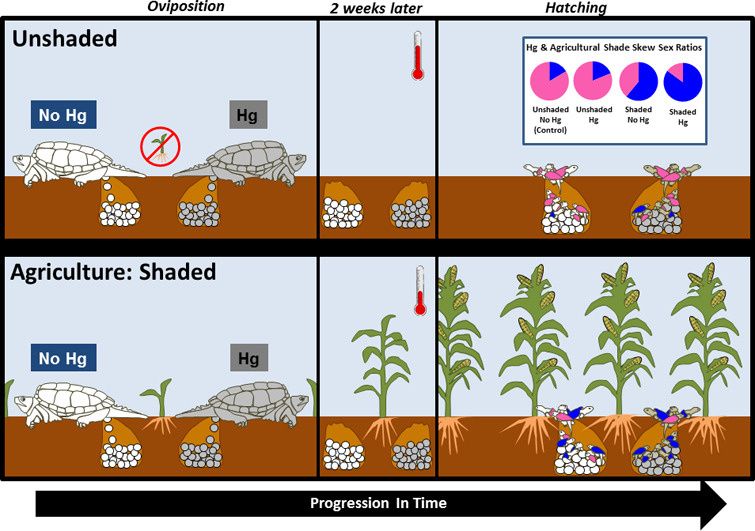 A visual abstract of the study shows that agriculture and Mercury (Hg) passed on from the mother leads to more male relative to female births.Biological Conservation

According to a release republished by Phys.org Tuesday, this is the first study to look at the effects of Mercury on sex determination.

“Our work illustrates how routine human activities can have unexpected side effects for wildlife,” study leader and Virginia Tech professor William Hopkins said in the release. “We found strong masculinizing shifts in sex ratios caused by the interaction of two of the most common global changes on the planet, pollution and crop agriculture.”

While the research looked specifically at snapping turtles, or Chelydra serpentina, it has implications for other reptiles as well.

Researchers studied turtles in the field along the South River in Virginia, which has a floodplain still contaminated with Mercury due to leaks from a nearby manufacturing plant from 1929 to 1959. They also replicated field temperature and moisture conditions in the lab to verify their results.

According to Hopkins, the results are cause for concern.

“Turtle populations are sensitive to male-biased sex ratios, which could lead to population declines. These findings are particularly alarming because freshwater turtles are one of the most endangered groups of vertebrates on earth,” he said.

The results also indicate that climate change is not the only game in town when it comes to impacting other species.

“These unexpected interactions raise new, serious concerns about how wildlife respond to environmental changes due to human activities. They also add an extra layer of complexity to current projections of climate change,” Hopkins said.

The good news is that they provide guidelines for conservation. Turtles are attracted to agricultural areas because they prefer nesting sites in sandy or loose soil that get plenty of sun. However, as the eggs incubate from May to September, the plants around the nests grow.

One solution is for farmers to leave different fields uncultivated from year to year to allow the turtle eggs to hatch unimpeded by plant growth.