The Crazy Snake Worm Invasion You Haven’t Heard About 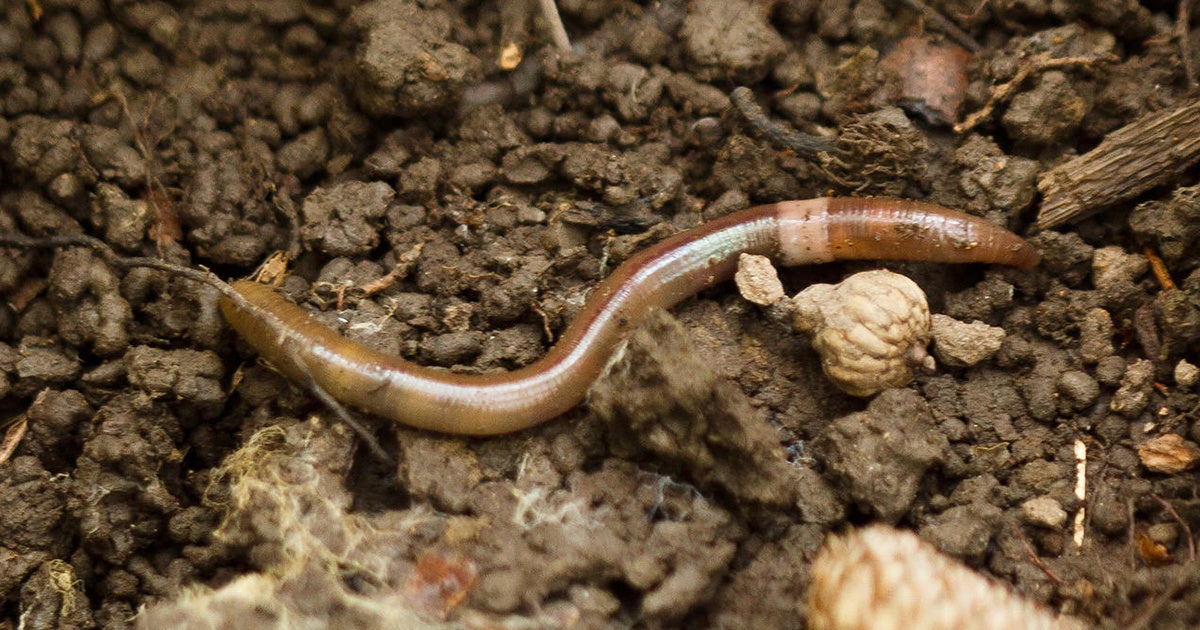 My wife and I built a house two years ago on a few acres of woodland outside of Pittsburgh. The backyard is full of maples, poplars, briars and common spicebush. Two-lined salamanders and grumpy-looking crayfish wade among the rocks in the small stream that runs down the edge of the property. Deer, raccoon and opossum tracks appear regularly in the snow and mud. Sometimes, my trail-cam even catches a pair of gray foxes as they slink through the night.

All in all, it’s a small patch of heaven—exactly what you’d expect from a southwestern Pennsylvanian forest.

Except, that is, for the crazy snake worms.

Named for the way they writhe and leap off the ground like snakes on a hot plate, crazy snake worms are an invasive species on the move through the eastern half of the country. Originally from Korea and Japan, these annelids are thought to have arrived in the U.S. 50-some years ago as stowaways in the pots of decorative plants. Since then, crazy snake worms have spread out across Vermont, New Hampshire, New York, Delaware, Maryland, Illinois, Wisconsin, Alabama, Georgia, Texas, Oklahoma, Louisiana and other states.

Take a step into my woods in August or September, after the worms have spent the summer growing to half a foot long, and you can watch as scores of them suddenly emerge from beneath your foot and the surrounding leaf litter. Try to pick one up and it’ll leap from your hand like a fish out of water. Sometimes the things even leave their tails behind—a behavior meant to fool predators.

Gross, sure, but are they really crazy? Yes, yes, they are. As a kid, I remember going digging for earthworms, the more standard variety, to use as fishing bait. But crazy snake worms—they find you.

Whereas some worm species like to burrow down deep, these worms conspicuously wriggle around the uppermost layer of soil, spending all day sliding through the leaf litter and munching on organic material. And there’s the real problem.

Gardeners love earthworms because they “churn up the soil and create spaces for nutrients to flow and water to get to the roots,” said Bradley Herrick, an ecologist at the University of Wisconsin–Madison Arboretum. But it’s not always that simple. Crazy snake worms also cycle nutrients, said Herrick, but they do it so quickly and so superficially—aboveground, not below—that erosion and rain often wash away all the good stuff before the plants can make use of it. This is especially problematic for ecosystems in areas of the Northeast and upper Midwest, where glaciers once scoured the land. For tens of thousands of years, forests there evolved in the absence of worms.

A forest without earthworms (left) has a rich understory of plants and a thick leaf-litter layer; one experiencing a heavy earthworm invasion (right) has few remaining plants and no intact litter layer.Scott Loss

“Those glaciers basically exterminated all the earthworms, and so all the earthworms that are found now in that part of the country are all nonnative and mostly invasive in nature,” said Herrick. You read that right. Not only are crazy snake worms nonnative, but every other worm you’ve ever seen in these regions is, too.

Most of us don’t spend a lot of time thinking about the importance of dirt—especially not forest dirt—but worms can be proficient ecosystem engineers, and they are transforming the earth beneath us. Their “poop,” called castings, contains calcium carbonate, and in great enough amounts it can change the chemistry of the soil, making it more alkaline and less welcoming to certain kinds of plants, such as azaleas and oaks.

Native wildlife species take a hit from the activity of crazy snake worms, too. Seedlings and wildflowers have a tough time taking root in the depleted, dry, and loose soil the worms create. The resulting absence of vegetation can not only exacerbate erosion but also rob ground-nesting birds, salamanders, and insects of hiding places. And in the Great Smoky Mountains of eastern Tennessee, researchers have found lower millipede biodiversity and numbers wherever crazy snake worms crawl. They think the worms may be outcompeting millipedes for food or simply changing the ecosystem in such a way that it no longer supports the thousand-leggers.

While research on crazy snake worms is scant, some interesting facts have begun to surface. For example, what we refer to as crazy snake worms are actually three different but closely related species: Amynthas agrestis, Amynthas tokioensis and Metaphire hilgendorfi. And where one species occurs, you often find the second and third, too. So the invasion is a bit of a worm party. 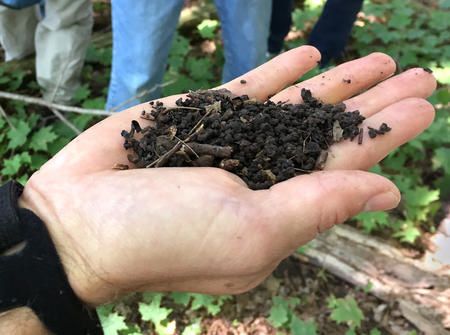 Amynthas hilgendorfi eats so voraciously that it can grow at a rate of 1.35 milligrams per day. (For those of you unfamiliar with standard worm growth rates, that’s nearly seven times as fast as the nightcrawler, Lumbricus terrestris.) Add to this the fact that crazy snake worms are parthenogenic, which basically means even their unfertilized eggs can hatch (so they can reproduce without having to find a mate), and you’ve got the makings of a truly intractable critter.

“Just at the small scale we have here at the Arboretum, in some of our maple woodlands they’ve spread as much as 20 to 25 acres in four years,” said Herrick.

This worm party invites other nonnative species to the forest, too. The native vegetation void the worms cause on the forest floor allows hardy invasive species like buckthorn and garlic mustard to take root. Herrick refers to the process as a feedback loop, adding, “It can turn into a kind of parade of invasive species once that first disturbance is there.”

This may explain the excessive amount of stiltgrass in my own woods. This invasive weed chokes out wildflowers and other natives while altering the soil’s moisture and pH content—more transformations to which native species will have to adjust.

When it comes to biological invasions, prevention is the best medicine. For crazy snake worms, this means cleaning gardening tools and boots before taking them to worm-free areas. (The worms themselves are unlikely to hitchhike on your person, but their egg cocoons are tiny and can travel in dirt and mud.) Herrick said finding reliable suppliers for mulch, soil and plants is also key.

But there isn’t much we can do currently about existing infestations. There are no approved pesticides for worms (and spraying every inch of forest is out of the question in any event). The egg casings of crazy snake worms are also capable of surviving temperatures as low as –12 degrees Fahrenheit. So even a big, bad polar vortex, like the one that hit recently, wouldn’t necessarily put a dent in my woods’ worm problem.

So, can we kill it with fire, as the Internet would say? Well, yes and no. A 2015 study found that prescribed burns don’t effectively kill off many adult worms—though they did reduce the number of cocoons that hatched later. Fire, the researchers suggest, might also indirectly kill many surviving hatchlings simply by burning up the soil nutrients they rely on for food.

Good to know, but I imagine my neighbors would have some issues with me setting our adjoining woods ablaze in order to slightly reduce the survival rate of juvenile worms. So, unless another glacier scrapes into town, my crazies are here to stay.