Small Solar is a Big Deal 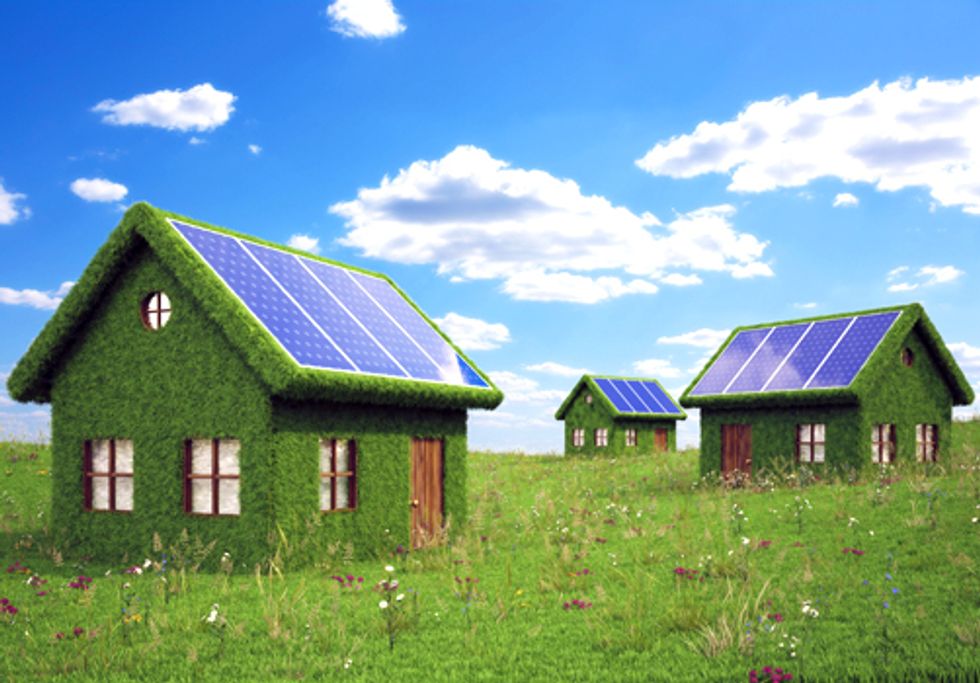 The Bloomberg Cleantech numbers for 2012 are in and the story is one we're by now familiar with—small solar is a big deal. Despite a slight dip in overall clean tech investment, solar continues to dominate and the big area of growth was, you guessed it, distributed generation. That's because we've entered a new era of cheap PV where installations are up, total investment volumes down (as solar continues its inexorable price decline) and trade wars are expanding as countries fight for market share in tomorrow's technology. The problem is that India, with perhaps the largest potential of all emerging markets, hasn't even begun to adapt to this new normal.

The most important reason to adapt is the speed with which it produces results. That's because small scale, localized deployment is agile and capable of growing rapidly. An attribute that large-scale centralized solar farms lack—especially in India.

To understand how important the nimble nature of distributed solar can be to a country's market look at what happened in China. Facing an industry meltdown as global market turmoil increased (i.e. massive oversupply), trade wars expanded, and domestic manufacturers faced insolvency the government moved quickly to stimulate domestic demand. Beijing doubled the solar target for 2015 three times in just one year to an astounding 40 GW—eight times the initial target. But most importantly, the centralization happy Chinese ensured distributed solar programs—the Golden Sun and Solar Rooftop program—were in place.

The result was rapid and impressive. Q4 solar investment grew dramatically and China went from global supplier to a significant source of demand accounting for one-third of the global market. Most importantly though, demand is increasingly distributed. Distributed solar growth is expected to exceed 90 percent during 2013 growing to 35 percent of the total Chinese market.

India's response is another story all together. Facing a similarly difficult operating environment for domestic manufacturers, India has neither amended its original goal of 20 GW by 2022, nor has it created dedicated support for distributed generation. The result is a lopsided market overwhelmingly reliant on large-scale solar farms, which, amongst other problems, is at the mercy of domestic banks that refuse to lend to solar at competitive rates hindering the sector's growth.

My colleagues at Natural Resources Defense Council have great advice for the Indian government that will encourage financing, domestic manufacturing and deployment. To this must be added: go where the growth is. In a country with enormous peak load deficits, and 300-400 million off grid rural poor, policies that fail to incentivize and streamline distributed solar are a waste of time—and money. What's worse, a lack of support for distributed generation threatens the entire market.

Take Tamil Nadu in India, which has big plans for solar. A recent tender for a whopping one gigawatt of solar was met with lukewarm response with only 500 MW secured. If Tamil Nadu is going to live up to the hype (some project it will constitute 40 percent of the Indian market) it's going to need to become intimately familiar with the new normal. Creating a third party financing vehicle (think solar city in the U.S.) backed with public funds (like the World Bank for instance) or replicating dedicated rooftop solar programs (like Gujarat has done) would do the trick.

So to recap, distributed solar is the lone growing clean tech market and China is moving fast to take advantage to support domestic manufacturers. Distributed solar has fast results and in countries like India it has real social impact. India fails to adapt to this new normal at its own peril.