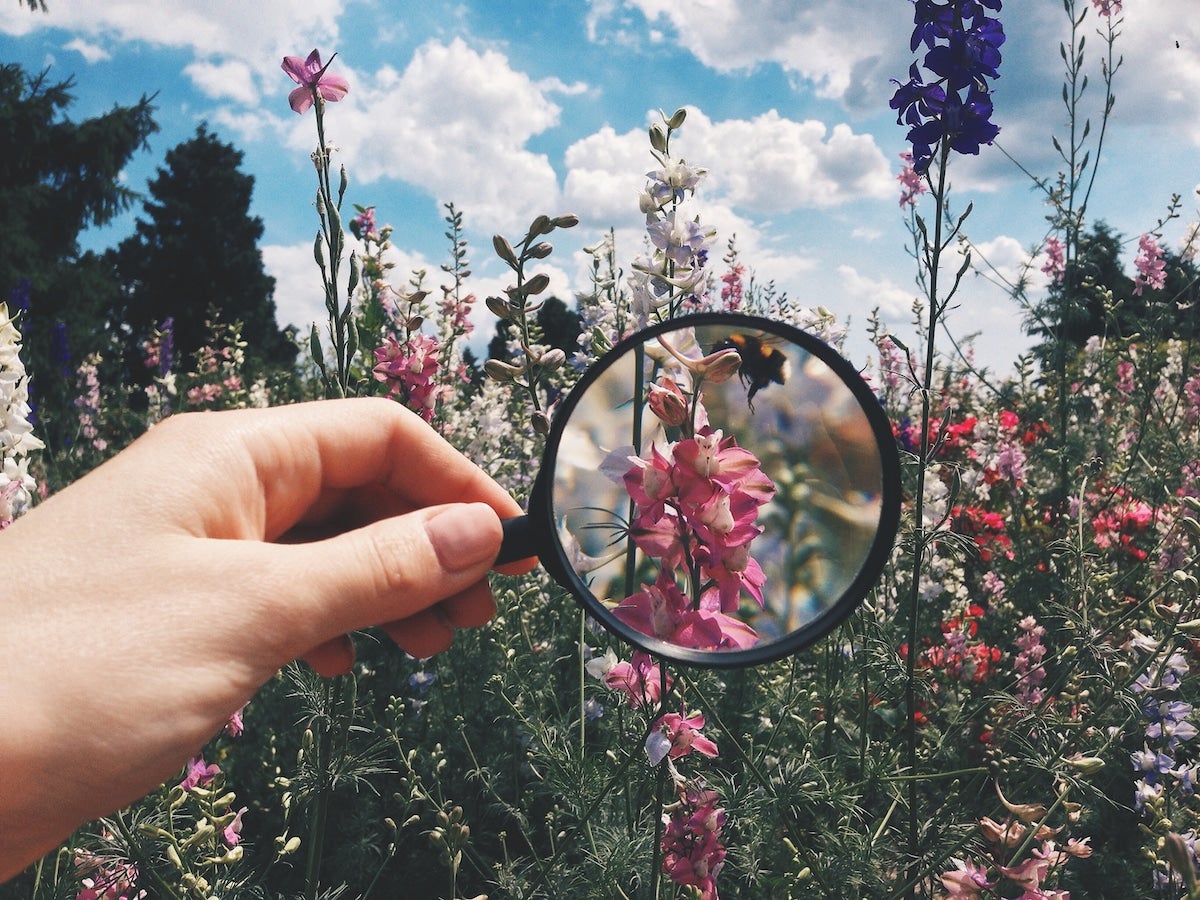 Small urban gardens can still make a big difference for bees and other pollinators.

A new study published in the Journal of Applied Ecology this month found that the amount of nectar produced by gardens in a UK city was not contingent upon their size.

“Most of the nectar produced in gardens is by a shrub in the corner or a border around the edge of the garden,” study co-author and University of Bristol Ph.D. student Nicholas Tew told The Guardian. “There are some very flower-rich small gardens and some very flower-poor big gardens.”

Tew and a team of researchers from the Universities of Bristol, Cardiff and Northumbria, along with the Royal Horticultural Society (RHS), measured the nectar produced by 59 residential gardens in the city of Bristol, as a press release explained. All told, the researchers completed 472 surveys between March and October, the study explained, calculating the amount of nectar that each garden produced.

This allowed the researchers to determine what garden characteristics produced the most food for bees and other pollinators and when nectar production peaked during the year.

“We knew that gardens were important habitats for UK pollinators, providing 85% of nectar sugar in urban landscapes and a great diversity of flowering plants. However, we did not know how nectar production varied between individual gardens or through the months of the year,” Tew said in the press release. “It is particularly important to understand garden-to-garden variation to advise how best to collectively manage our gardens for pollinators.”

That variation can be extreme: the researchers found that the gardens they surveyed produced between 2 grams (approximately 0.07 ounces) to 1.7 kilograms (approximately 3.7 pounds) of nectar throughout the year. Size did not make a difference in nectar production, though gardens in wealthier neighborhoods tended to produce more, according to the study.

The types of plants that gardeners chose to grow did matter, however. The researchers found that shrubs provided 58 percent of nectar, since they condense many flowers into a smaller space. Daisies were also helpful plants for pollinators because they have an open shape that even insects with short tongues can access easily, Tew told The Guardian.

While nectar supplies peaked in July, the researchers found that urban gardens provided food throughout the year.

“The diversity you get in urban areas is remarkably high, much higher than most natural habitats, even nature reserves,” Tew told The Guardian. “It’s unlikely for two gardens to have exactly the same species of plants, so together gardens create much richer nectar resources than they do individually.”

The study results can help guide urban gardeners who want to support pollinators, no matter the size of their garden, for example, by planting shrubs and open flowers. Planting open flowers is especially important in the late summer and fall, when 79 percent of nectar is produced by tubed flowers that only animals like bumblebees with long tongues can access, according to the press release.

The research comes at an especially urgent time for bees and other insects, whose populations are declining around the world. One study found that a third of bee species in the East of England had declined between 1980 and 2013, according to WWF.

“This research highlights the collective power UK gardeners hold in safeguarding the future of our pollinating insects,” Dr. Stephanie Bird of the RHS said in the press release.