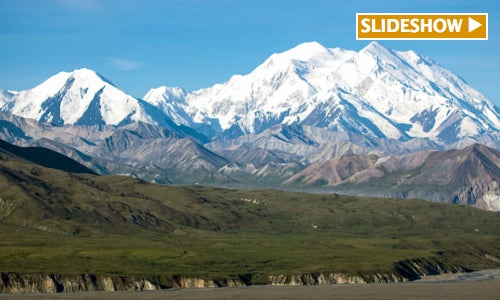 Today marks Alaska’s Denali National Park—originally called Mount McKinley National Park by Congress—97th birthday. The wildlife and rugged terrain that first made it a cause celebré for the conservation movement remain as striking as ever.

Modern-day Denali National Park and Preserve draws around 400,000 visitors per year, and it isn’t hard to see why. Roaming grizzlies, alpine tundra and the majestic mountain that inspired its name all contribute to its more than century-old status as a national treasure.

American newspapers first published descriptions of “Mount McKinley,” named for the twenty-fifth president, nearly 120 years ago. That peak had already enjoyed centuries of prominence in indigenous lore as “Denali,” among other names, but North America’s tallest mountain and its environs were largely a mystery amid the forbidding terrain of Alaska, whose purchase by the federal government was popularly known as “Seward’s Folly” until gold was discovered in the Yukon just before the turn of the century.

Charles Sheldon, a sportsman and naturalist, first began advocating the designation of the Denali region as a national park to protect its diverse wildlife, specifically Dall sheep. Sheldon worked with the Boone and Crockett Club to foster support for the idea, a campaign that finally resulted in a national park spanning almost 1.6 million acres in 1917. The park was expanded and renamed the Denali National Park and Preserve in 1980, and it now covers 6 million acres.

As these photos make clear, Denali National Park is still a special place—one of the world’s last great wild frontiers.